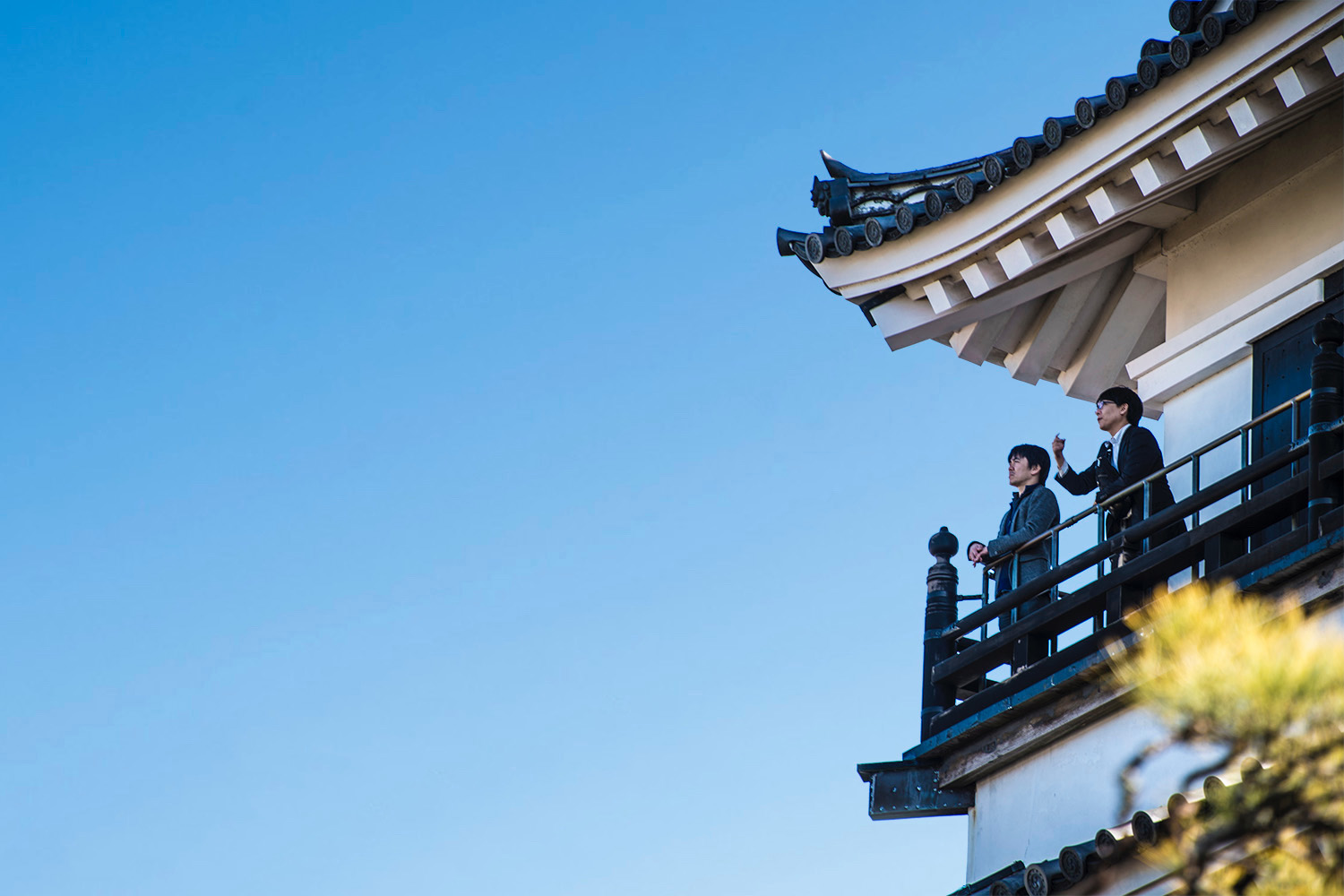 Kochi Castle was an early contender for my favorite place I saw in Shikoku—and not just because of the cloudless, baby-blue sky overhead. One of only 12 castles in Japan with the original keep still intact, the fortress managed to escape the bombings of World War II—among other cataclysms—though I’m not sure you can chalk that up to its beauty entirely.

To be sure, though I wasn’t in the middle of the Shikoku pilgrimage (the closest I got to the trail, at least in Kochi prefecture, was nearby Chikurin-ji pagoda), the sprawling Honmaru of the castle looked like something out of a painting. Flanked and framed by sago palms, the image in front of me belied the crisp air chapping my skin.

None of this is to say that other places to visit in Kochi (and things to eat in the city—more on those in a minute) aren’t also captivating—they are. For now, however, let’s get to know more about the truly legendary structure that is known as Kochi-jo in Japanese.

Where to Stay in Kochi

As is the case in most of the rest of Shikoku, hotels in Kochi leave something to be desired. For example, while I was lucky enough to stay in the top-rated Hotel Nikko Kochi Asahi Royal during my visit, neither the decor inside the rooms nor the breakfast buffet seemed to match the ambiance of the promotional leaflets plastered in the hallways, though I certainly wish the couples who chose to hold their wedding here well.

On subsequent trips, I’ve found accommodations on the extremes of the spectrum (the ryokan-ish Jyoseikan and the simple Dormy Inn Kochi) to be similarly underwhelming, though of course not awful. Anyway, with one of the best castles in Japan just a short walk or streetcar ride away, I doubt you’ll lose much sleep over where you need to rest your head.

What to Do at Kochi Castle

Stroll Around the Moat 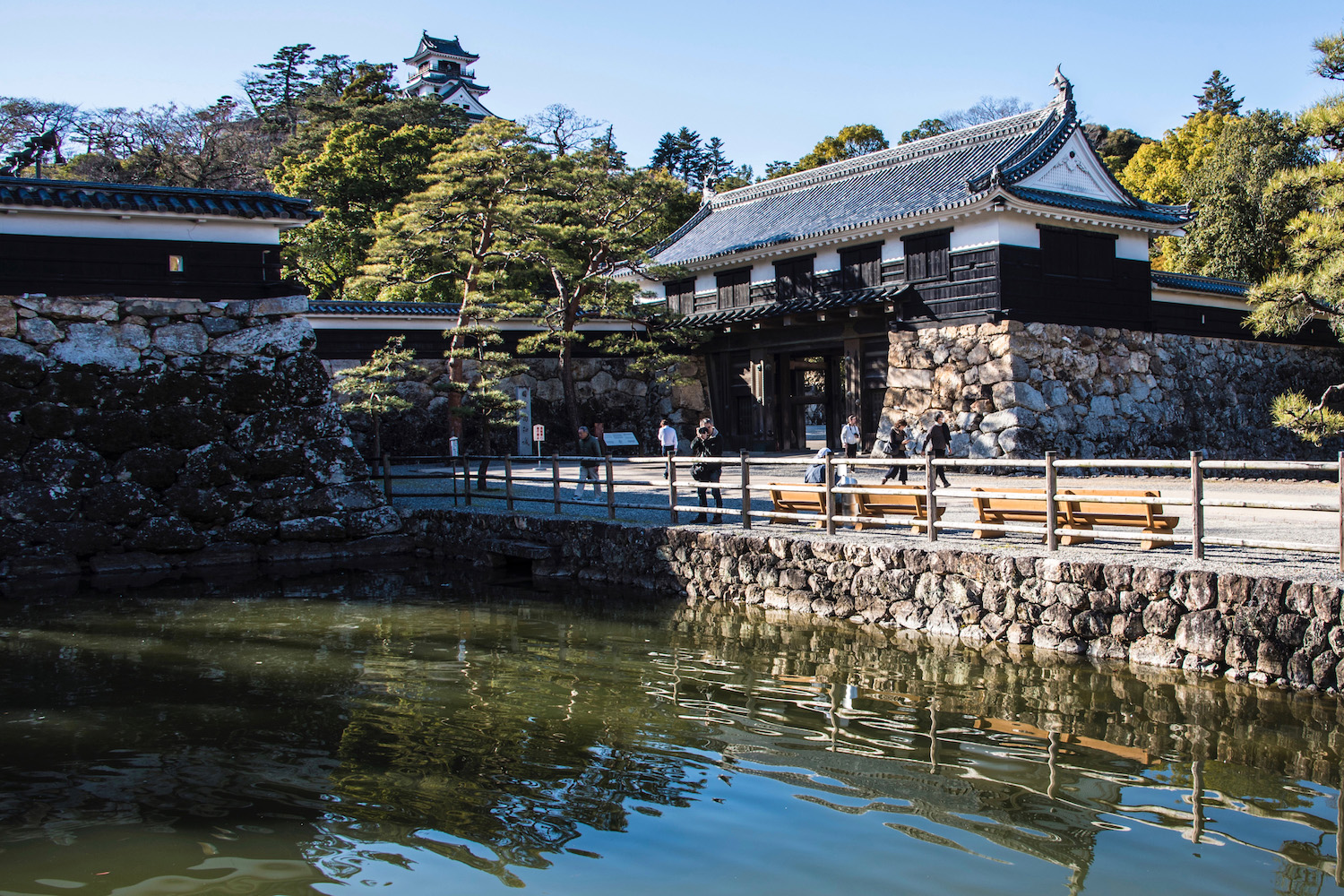 One thing you might not realize as you approach the castle around is that the moat, which on the surface appears similar to others in Japan, is actually formed by the confluence of two rivers: the Enokuchi and the Kagami. This fact alone doesn’t add much, tangibly, that distinguishes the fortress from other choices about where to go in Shikoku, but it’s still a cool fact to know. 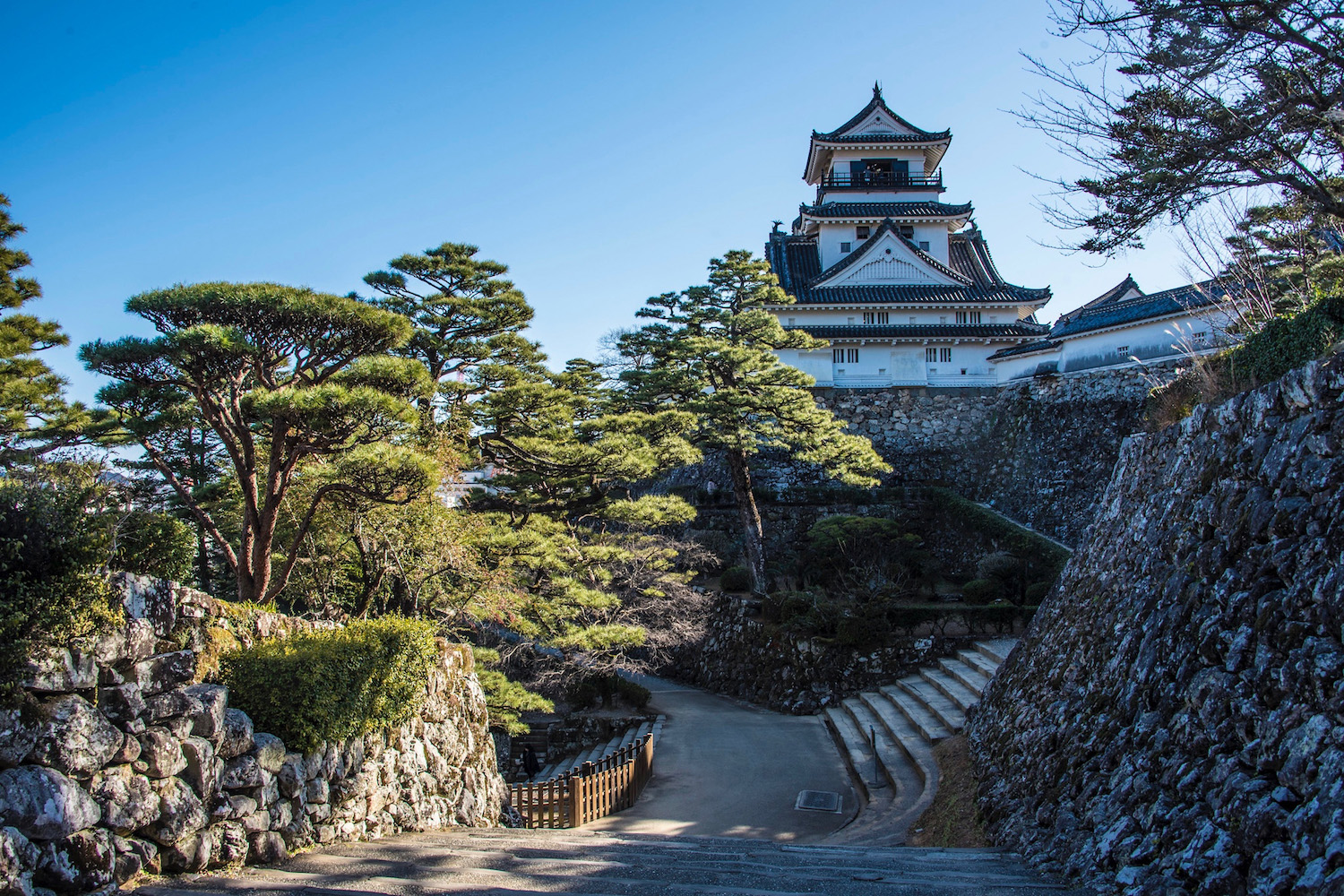 Like about a dozen others throughout Kochi Castle is home to a keep that dates back to the time of its construction, in this case the turn of the 17th century. What you might not realize, however, is that the entire honmaru (i.e. the defensive ring immediately around the keep, or tenshu) is intact, an honor that none of the other original castles from Himeji to Matsuyama can claim.

Enjoy the View from the Keep 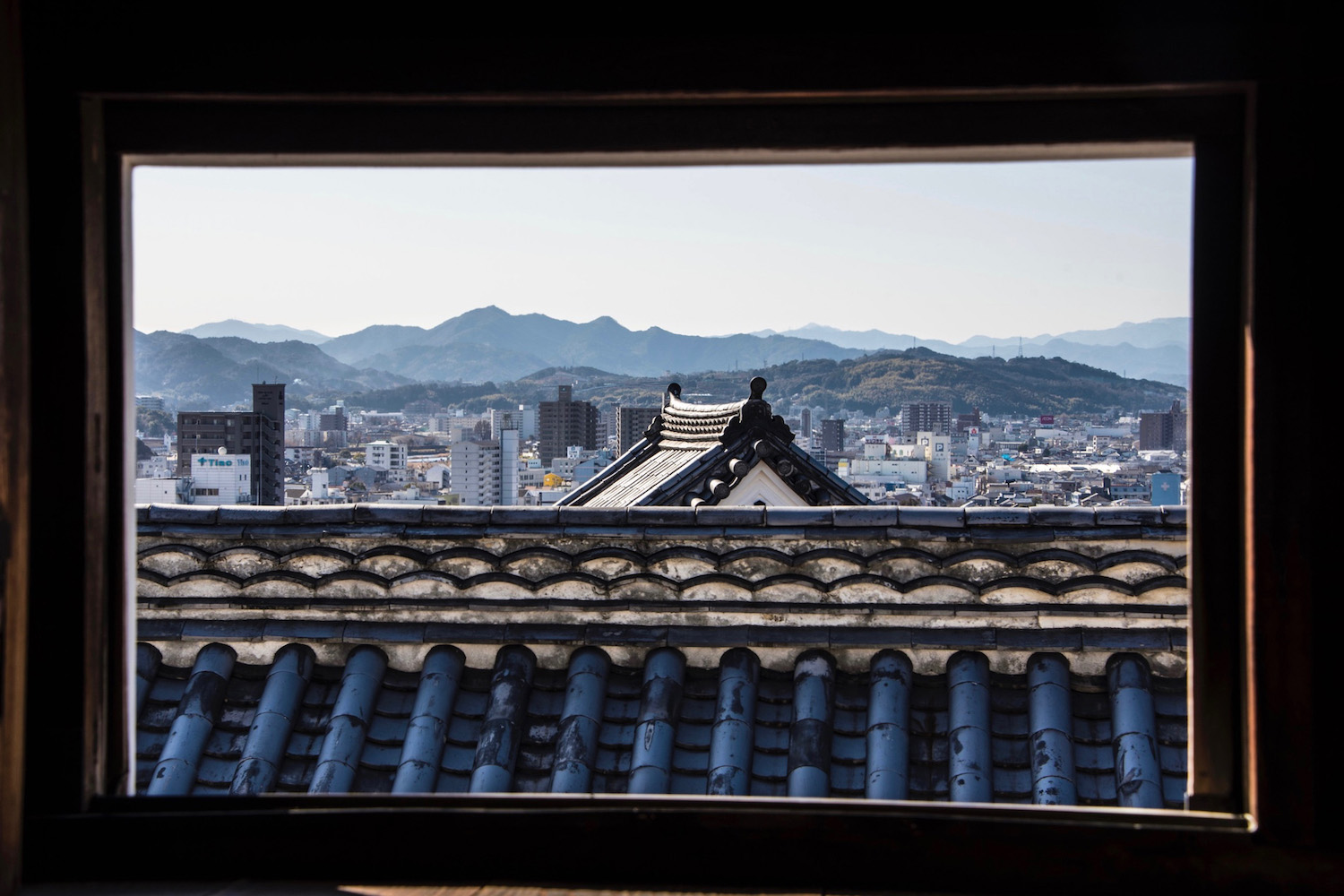 Kochi’s cityscape radiates an understated beauty, which is at once reflective of what you’ll see elsewhere on the island during your Shikoku travel, and singular as well. Notably, there is not netting around the keep of the castle, which means that you have a 360º view that is essentially unobstructed. On the other hand, the only way to get up is by ascending a steep staircase, so disabled travelers will have a difficult time. 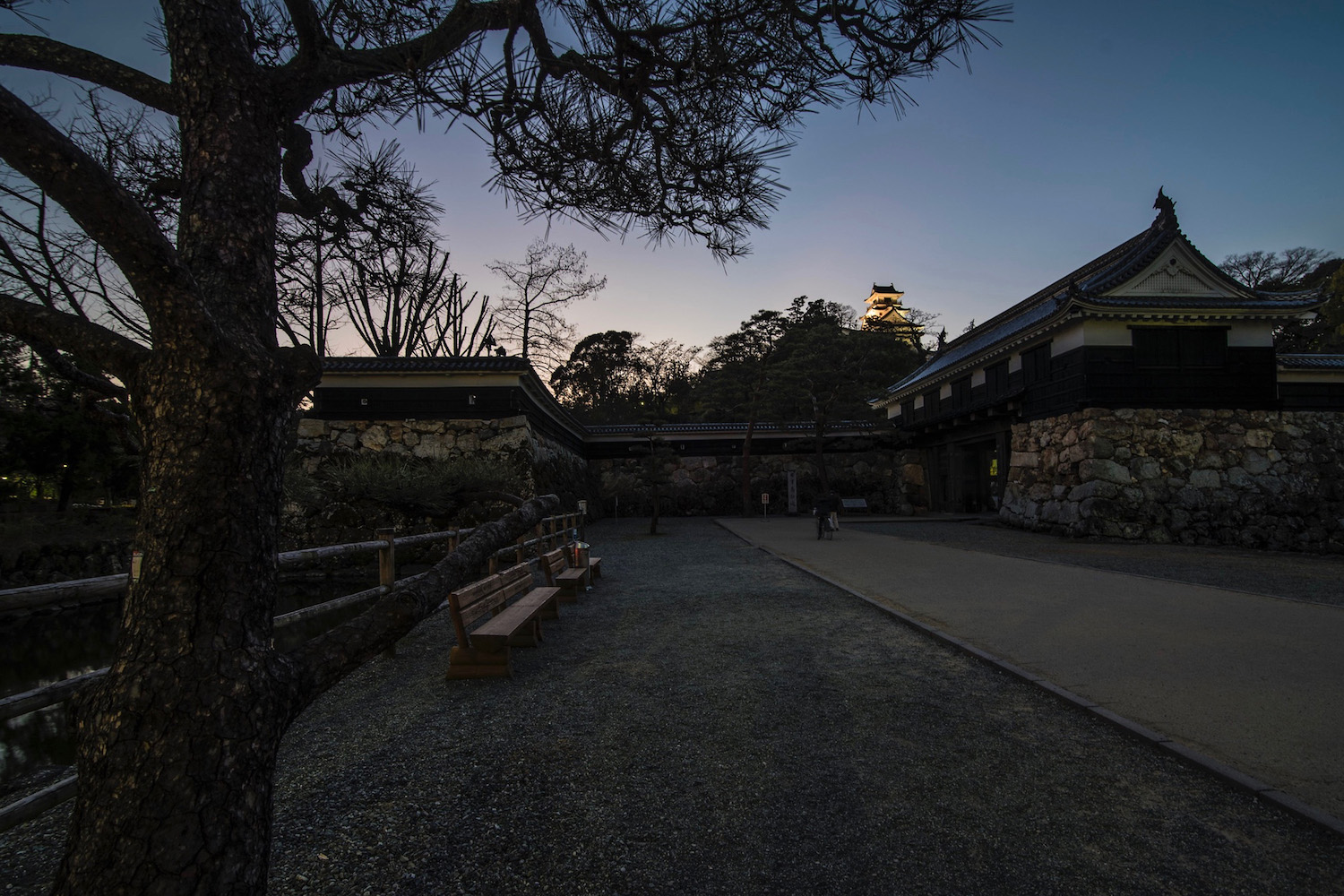 The best thing about nighttime in Kochi is the aroma of katsuo no tataki (bonito fish cooked tataki style—seared on the outside, raw on the inside) swirling through the city’s streets. A close second, however, is seeing Kochi Castle light up, even if the smell might distract you as you set up your tripod to take a long exposure shot or two.

When to Visit Kochi Castle

For casual travelers to Japan, it’s a poorly-kept secret that the castle is one of the best places to see Shikoku cherry blossoms. Kochi is also one of the first places on Japan’s four main islands where the cherry blossom season begins, however, so if you want to see sakura at Kochi Castle, plan on being here around a week before the end of March.

Indeed, while the autumn colors that occupy the honmaru are also spectacular here, the general rule for the best time to visit Shikoku applies both to Kochi and its castle. Which is to say that there’s literally no bad time to come, thanks to the island’s mild and mostly sunny reasons, and the fact that even during the summer tsuyu monsoon, long periods of sunshine are common. 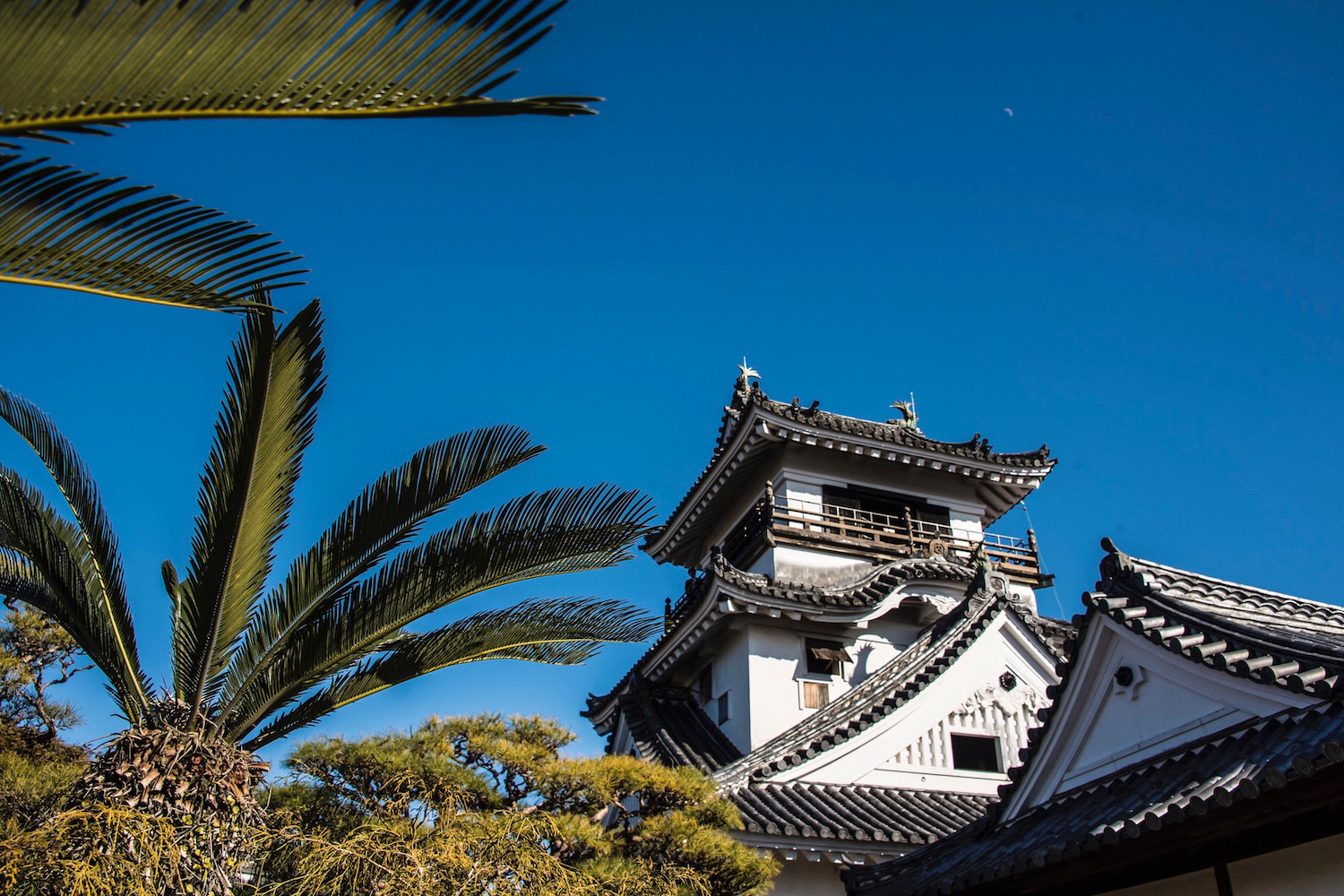 Other Things to Do in Kochi

Once you’re finished at Kochi Castle (assuming you’ve budget longer than a few hours in the hub of southern Shikoku), you’ll probably be looking for other things to do in the city. The good news? The city center is chock full of awesome attractions, from the aforementioned Chikurin-ji (and the adjacent Kochi Prefectural Botanical Garden, which offers awesome views of the city) to Hirome Market, which is one of the best places in Kochi to the katsuo no tataki I teased above.

Amazing Kochi sightseeing continues outside the city, too. While you’ll need to visit between about May and October in order to take advantage of the sea kayaking on offer near the port city of Susaki, other outdoor activities like pleasure boating on the crystalline Shimanto River are as evergreen as the bamboo groves that line its rocky shores. 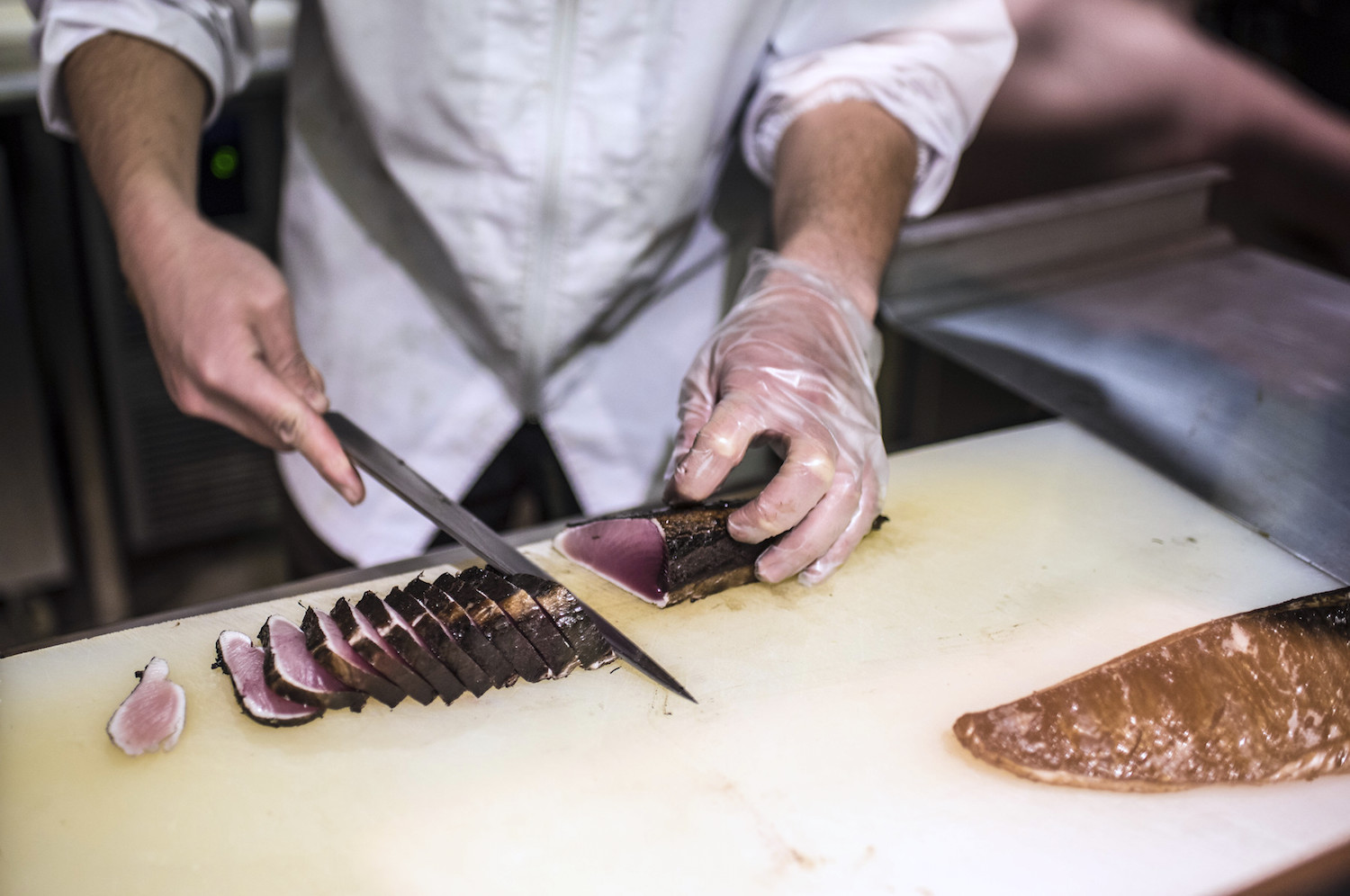 Other FAQ About Kochi Castle

What is Kochi Castle famous for?

Kochi Castle was built by daimyo Yamanouchi Kazutoyo, with construction having begun in the late 16th century, prior to the castle’s opening in 1601.

What is Kochi, Japan known for?

Beyond Kochi Castle, Kochi is known for its famous bonito tataki dish and for its proximity to beautiful natural destinations, including the Shimanto River and to the seaside areas near Susaki, a smaller city located within Kochi prefecture.

In spite of all the destinations in Japan I’ve visited (and indeed, all the other castles I’ve seen), Kochi Castle mesmerized me when I first saw it, and continues to do so now. Whether walking along the moat, which is actually formed by the confluence of two natural rivers, or enjoying a panoramic view of Kochi city from the 17th-century keep, this fabulous fortress will exceed whatever expectations you have for it. It doesn’t hurt that Kochi is one of the best cities in Shikoku (itself, the most underrated of Japan’s main islands) either.