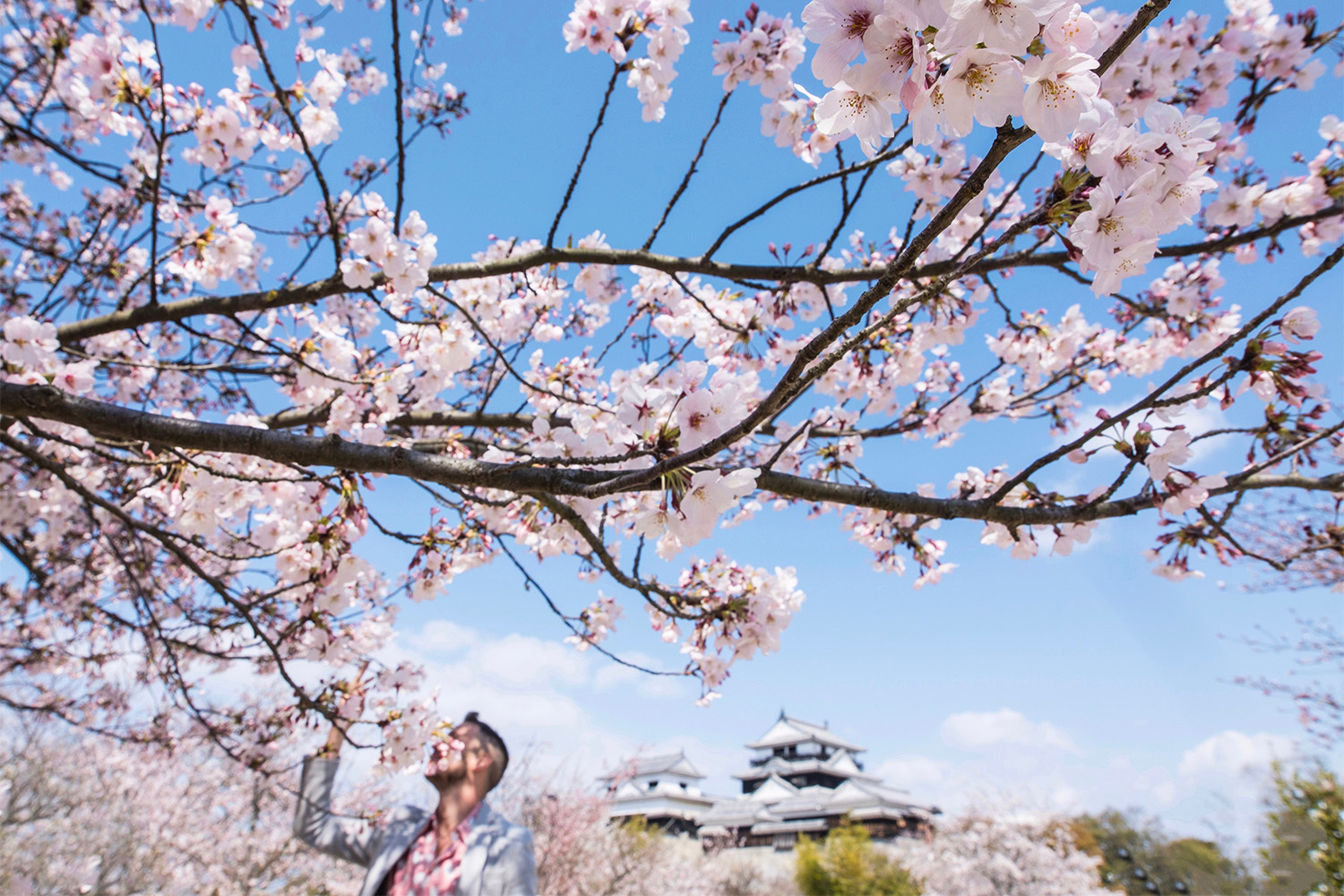 If you want to experience the magic of cherry blossom season in Japan, 2023 will be your next chance. The 2020, 2021 and 2022 sakura blooms took place without foreign tourists, who were locked out of Japan by Covid-related travel restrictions (which are now a thing of the past—yay!).

No matter when you end up making it to Japan, the so-called “cherry blossom front” begins in the south and west—Kyushu and Shikoku islands—in late March, moving northward and eastward across the country until early May, when the last flowers in Hokkaido fall to the ground.

Sounds poetic doesn’t it? Well, if you’ve started to plan your Japan cherry blossom season 2023 travel yet, you’ve also seen the prosaic side of visiting Japan in spring.

You’ll need to arrange your itinerary such that it follows the typical progression of the bloom and secure accommodation far (but not too far!) in advance. Once you’ve done that, it’s essential to keep tabs on Japan’s weather in late February and early March, as temperatures during these months determine the particulars of a given year’s season.

The devil is in the details when it comes to seeing cherry blossoms. Luckily for you I’ve got quite a few details to share—and a halo instead of horns.

The 2021 cherry blossom season was the earliest in more than 1,000 years, with blossoms in most of the country having fully progressed through their bloom before the first week of April. 2022, on the other hand, was a more normal sakura season. But what about the cherry blossom Japan 2023 forecast?

Without knowing the particulars of next winter’s weather, here is a general idea of what the Japan cherry blossom season 2023 might look like:

As far as when you should start planning for cherry blossom Japan 2023? If you’re in the US or Europe and want to book your flights for sakura season Japan 2023, it’s not too early to start thinking about the broad strokes of your trip. Assuming you are flexible about where you see cherry blossoms, traveling in Japan between the last week of March and the first week of May guarantees you’ll enjoy some hanami magic.

This is true whether you spend one month in Japan and enjoy Japan cherry blossom 2023 all over the country, or stay a week or two and enjoy a more limited array of festivities. In either case, I suggest you wait until as late as possible to hammer down the specific details of your 2023 Japan cherry blossom itinerary. 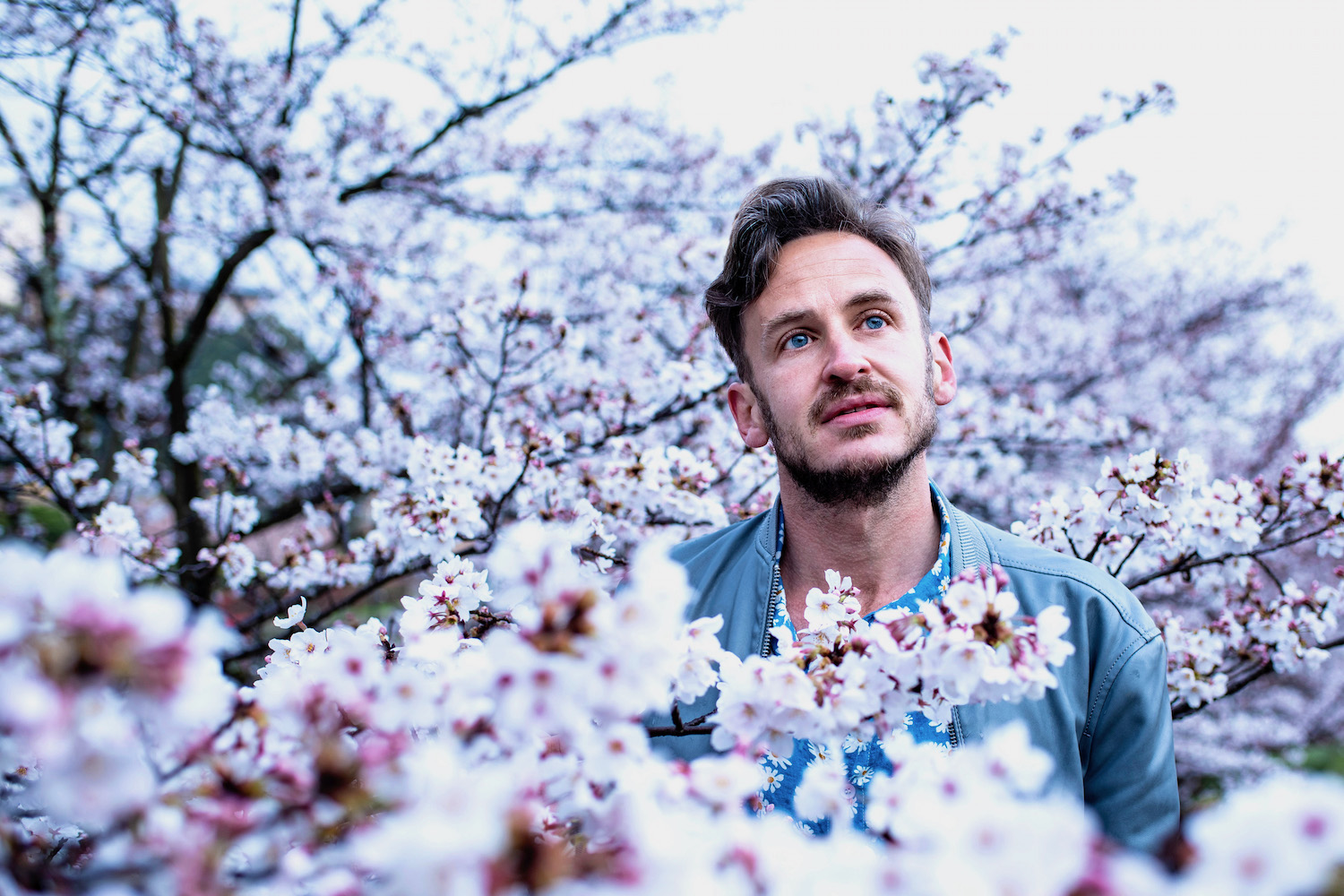 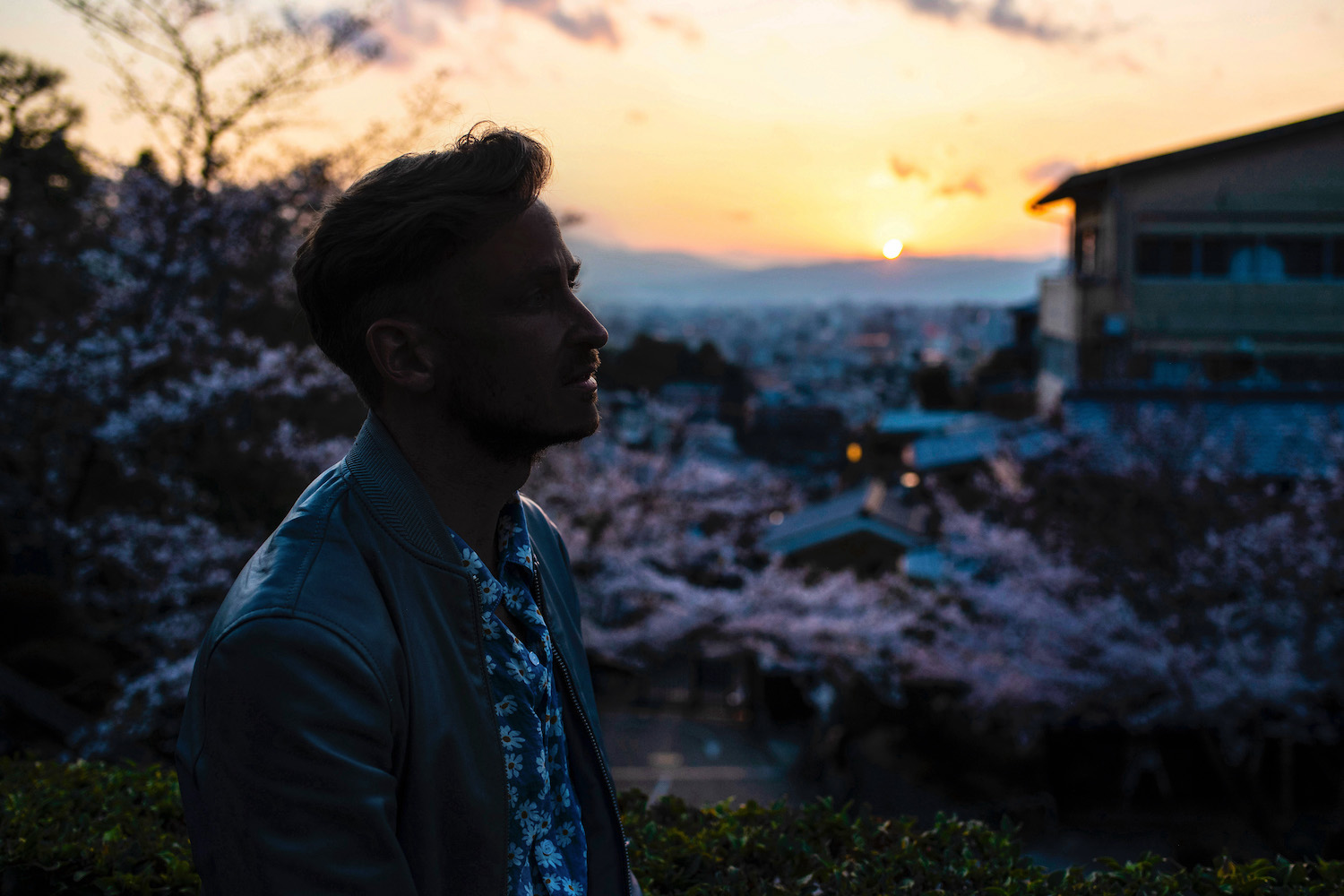 There is no travel experience in the world like the Kyoto cherry blossoms. (There’s also nowhere in the world quite as crowded as Kyoto in late March or early April, but that’s a topic for another post.) Whether walking down the Philosopher’s Path to Higashiyama sakura spots like Maruyama Park and Kiyomizu-dera, or enjoying hanami at Arashiyama‘s Tenryu-ji before walking through mysterious Sagano Bamboo Grove, Kyoto during cherry blossom season more than lives up to the hype. Just wake up early if you can to enjoy the beauty in relative solitude! 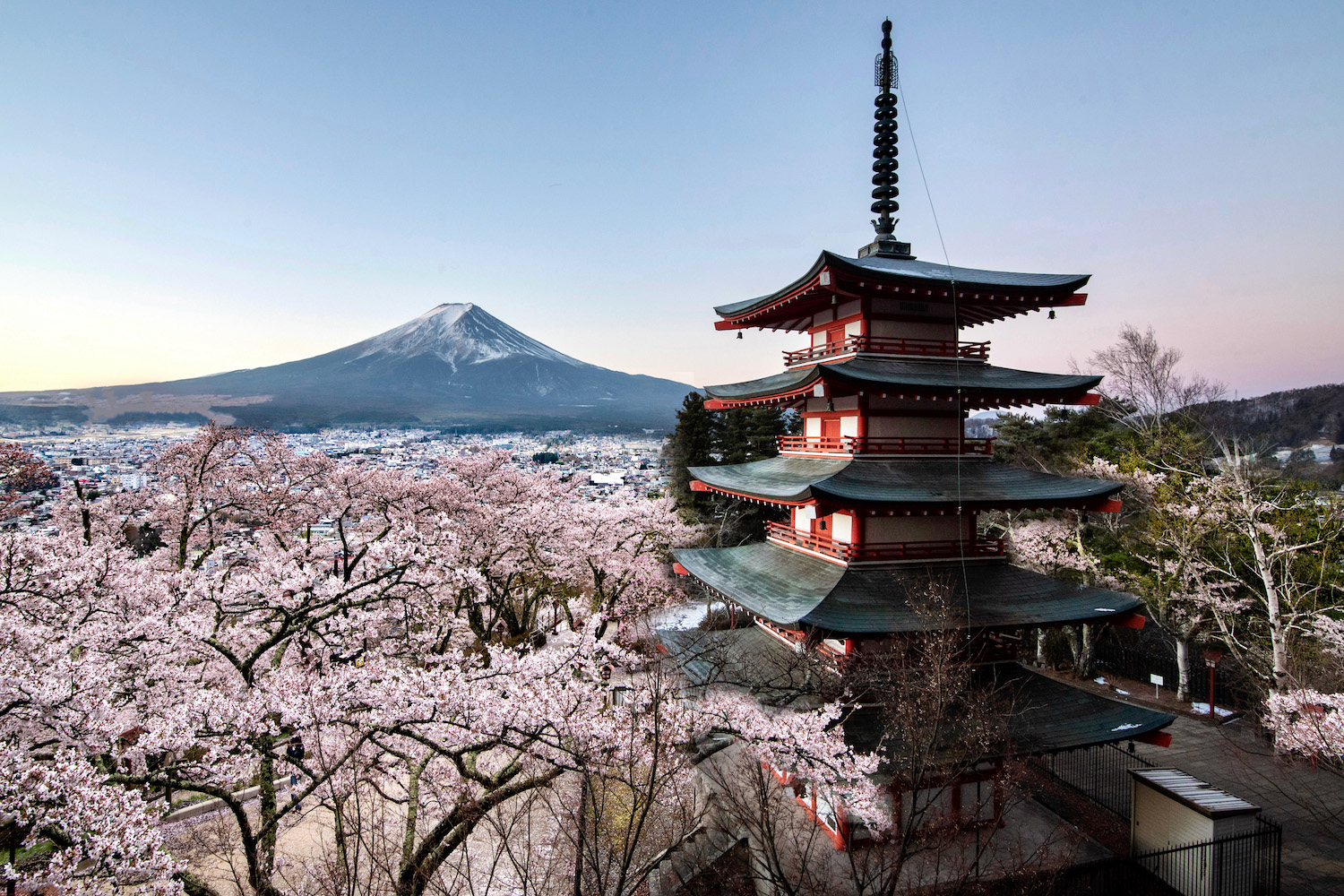 The bad news? The Fuji Five Lakes region around Mt. Fuji is absolutely swamped during cherry blossom season, particularly the Chureito Pagoda pictured above. This was true even in 2021 and 2022, when all the foreigners in the world (besides me and a few others lucky enough to reside in Japan) were locked out. The good news? The sakura around Fujisan are stunning enough that they’re still near the top of my 2023 cherry blossom bucket list. TIP: If you travel all the way to Fuji, check out these other places to view the mountain, which extend far beyond the region’s best hanami spots.

Although it’s famous among Japanese travelers, most foreigners are unaware of Nara prefecture’s Yoshino. This is not the only irony surrounding the mountain. Among other quirks, while it’s the namesake of the somei yoshino (Japan’s most famous cherry tree), the most beautiful sakura here actually bloom on the yamazakura, which feature bright, almost fluorescent flowers, and are especially prominent at Takami no Sato Sky Garden about an hour’s drive from the main Yoshino tourist area. 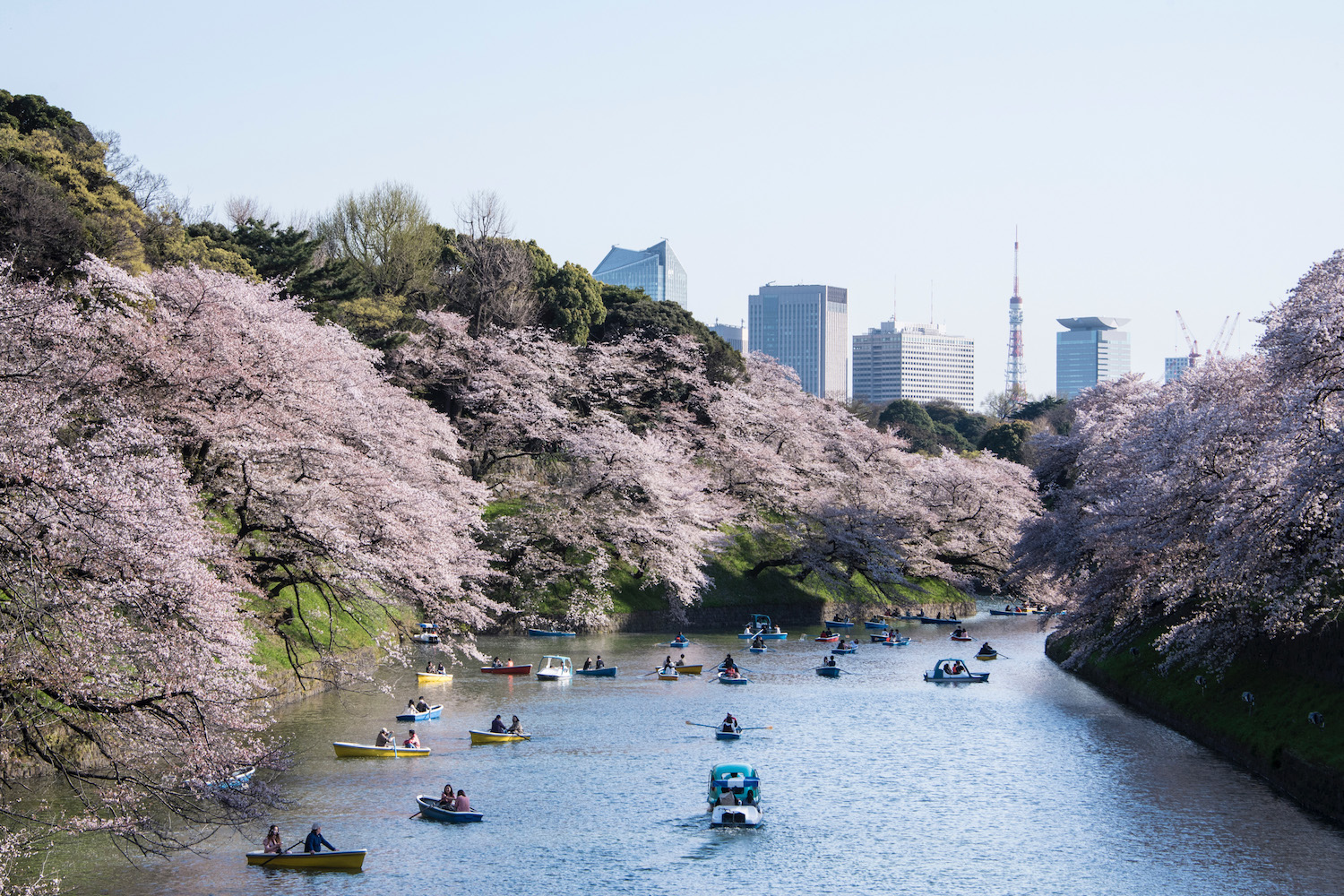 As Japan’s capital finally moves beyond the troubled Tokyo 2021 Olympics, Tokyo is high on the lists of many hanami goers for future trips. This is not a surprise, at least not to me. In spite of being one of the most urbanized cities in the world, Tokyo is one of the very best places in Japan to see cherry blossoms. From popular spots like Chidorigafuchi moat and the shores of the Sumida River in Asakusa, to green spaces like Ueno Park and Koishikawa Koraku-en, Tokyo is chock full of cherry blossoms.

There are few more iconic sakura photos that you can take than cherry blossoms at Himeji Castle—I know this personally. In fact, I was so intent on getting my so-called “Himeji money shot” that I actually returned on two separate days in 2019, since the blossoms hadn’t quite peaked the first time I went. For cities like Himeji, where only one spot really sees the bulk of cherry blossom beauty, dedication is everything. If you travel to Himeji to see cherry blossoms, you could also stop in Kobe on the way back to Osaka (assuming this is where you’re coming from). 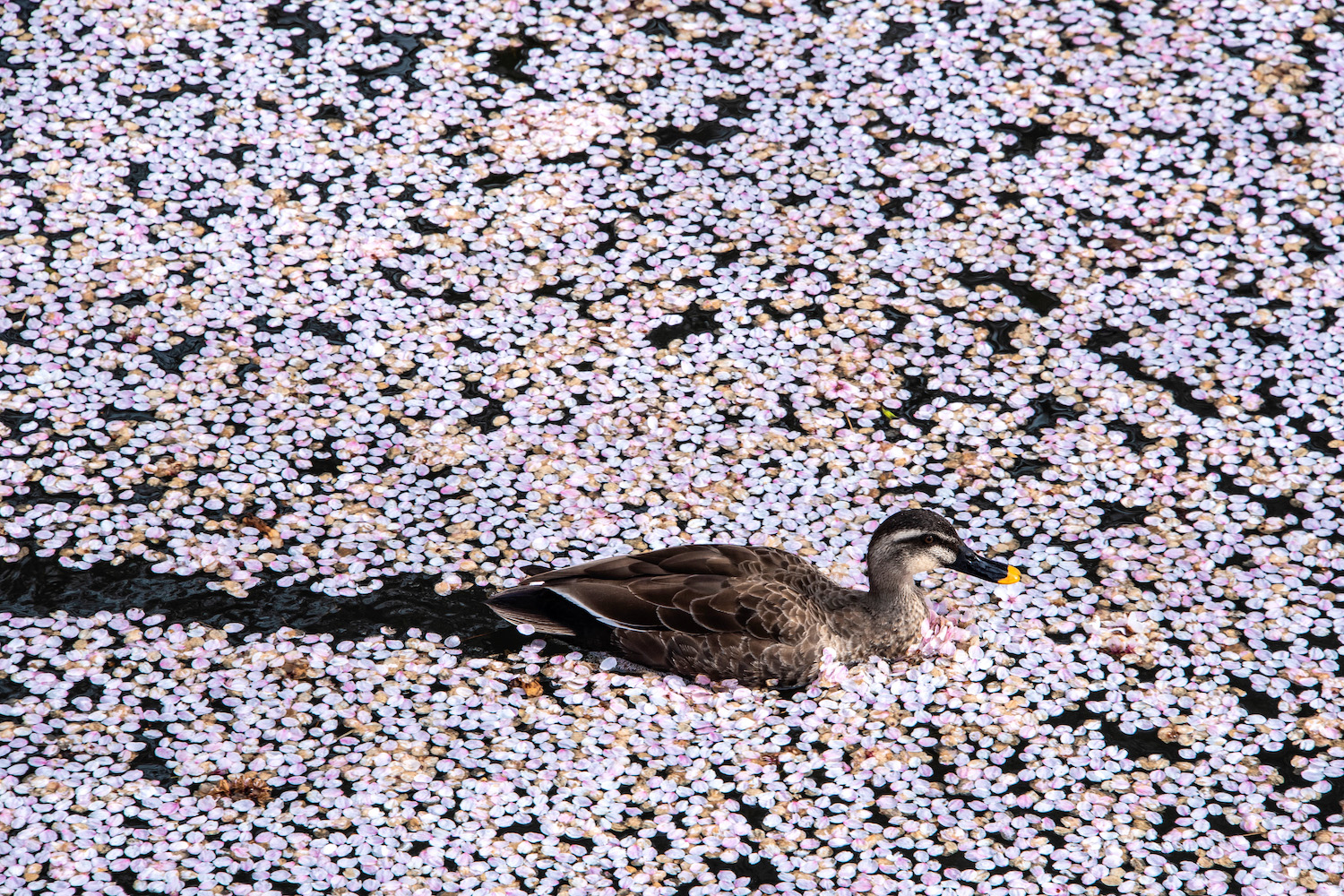 I know I never shut up about Japan’s underrated Tohoku region, and I can also understand why you might be skeptical to see yet another castle on this list—I hear you. The thing is, Aomori prefecture’s Hirosaki Castle itself is not especially impressive, even if Mt. Iwaki towering behind it gives it an atmosphere few other such fortresses can claim. The weeping shidarezakura all around it also add a nice touch. However, what truly makes this place special is its outer moat, which fills with so many petals during the last week of April they literally cover the surface. 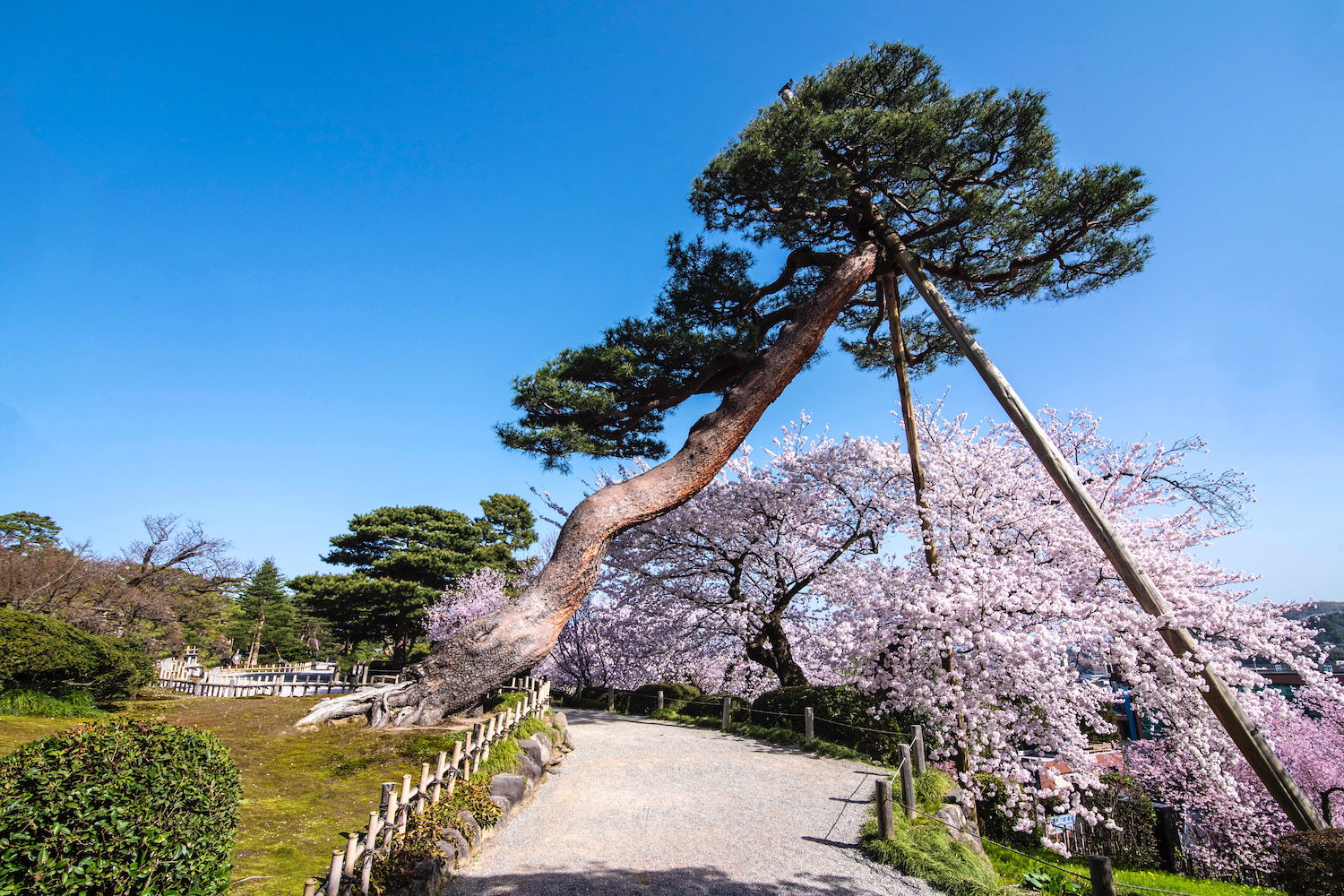 Whether for sakura Japan 2023 or another year, here are some other top cherry blossom destinations in Japan that are absolutely wonderful to visit if you’re so inclined:

These, of course, are only the beginning—there are so many amazing places to see cherry blossoms in Japan you’d need a lifetime to enjoy them. I’ve personally taken nearly a dozen separate sakura trips at this point and I feel like I’ve just scratched the surface! 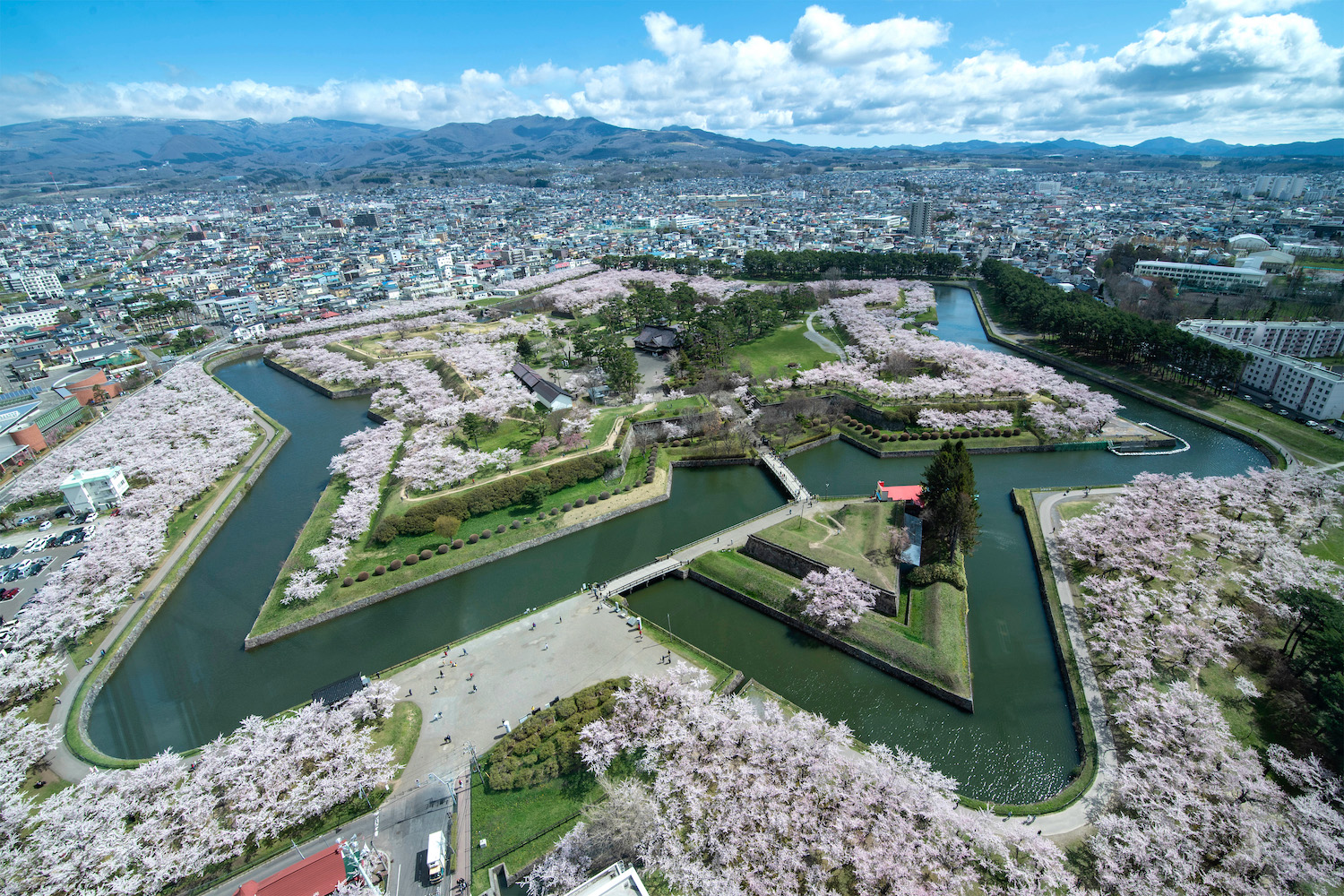 When is cherry blossom season in Japan? The 2021 season began freakishly early—on March 11 in Hiroshima—but in an ordinary year, cherry blossoms reach mankai (aka full bloom) as follows:

Additionally, whether during sakura season 2023 or any other year, cherry blossoms briefly spring up in Okinawa in late January or early February. Note, however, that these are a different species than the somei yoshino tree that blooms in the rest of Japan.

How Can I Predict When the Sakura 2023 Will Bloom?

The bad news? We’re a long way away from being able to predict even the general contours of the 2023 cherry blossom season. The good news? The criteria I and other cherry blossom forecasters use are the same every year, whether for the sakura forecast 2023 or any other:

I expect meteorologists to make their initial predictions about the 2023 sakura bloom in January or February, when it becomes clear whether that winter is warmer or colder than average. Visit this page often, as I’ll be updating my own predictions in line with what the experts have advised!

Aren’t confident you can successfully plan and execute a Japan sakura itinerary? Commission a custom cherry blossom trip to Japan! 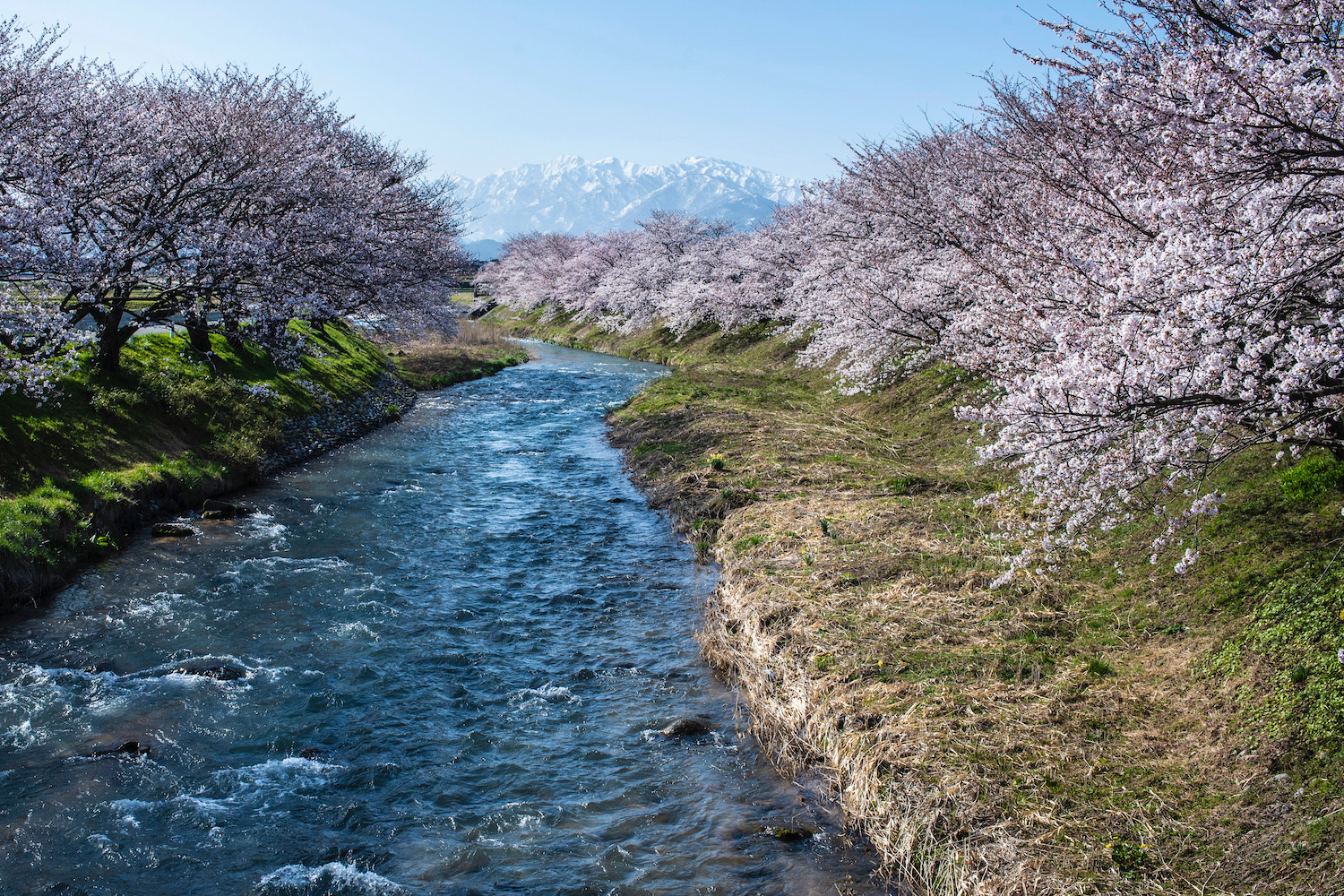 Other FAQ About 2023 Cherry Blossoms in Japan

Which month is cherry blossom in Japan 2023?

Japan’s cherry blossoms begin blooming in mid-March in Shikoku and Kyushu islands, as well as in Tokyo. They reach full bloom in major tourist destinations like Kyoto, Osaka and Kanazawa during early April, while mid-to-late April is the best time to see sakura around Mt. Fuji and in the Tohoku region. The cherry blossom season ends in early May, after it reaches Hokkaido island in Japan’s far north. This is the same for the Japan sakura season 2023 and any other year.

How long do cherry blossoms bloom in Japan?

The entire life cycle of the cherry blossom, from bud to leaf, is about a month. However, the mankai (or full bloom) only lasts between 1-2 weeks, with the fullest and most gorgeous period of blooming sometimes just days in length. Weather events such as wind, rain or sudden cold snaps can impact the longevity of the sakura bloom.

Where are cherry blossoms in Japan?

Cherry blossoms exist all over Japan, from towns and villages in rural areas like San’in and the Japanese Alps, to huge cities like Tokyo and Osaka. While the majority of cherry blossoms in Japan are of the iconic somei yoshino variety, other species exist, including more brightly colored ones in Okinawa, and the picturesque shiderazakura, or “weeping” cherry trees you find in certain gardens.

If you want to experience Japan’s famous cherry blossoms, 2023 will be a year like none other, as Japan finally emerges from coronavirus restrictions. Because of the difficulty of forecasting full bloom dates, I would wait until next February or March to finalize your 2023 cherry blossom trip, if you can. With this being said, you should definitely brainstorming about a trip to see next year’s cherry blossoms now! Come back to this page often, as I’ll be updating it with essential facts and figures as the next season approaches, and as the one after that draws nearer. Also remember that you don’t have to sweat the details of cherry blossom season Japan 2023 alone. Hire me to plan your 2023 (or any other year!) cherry blossom trip to Japan!