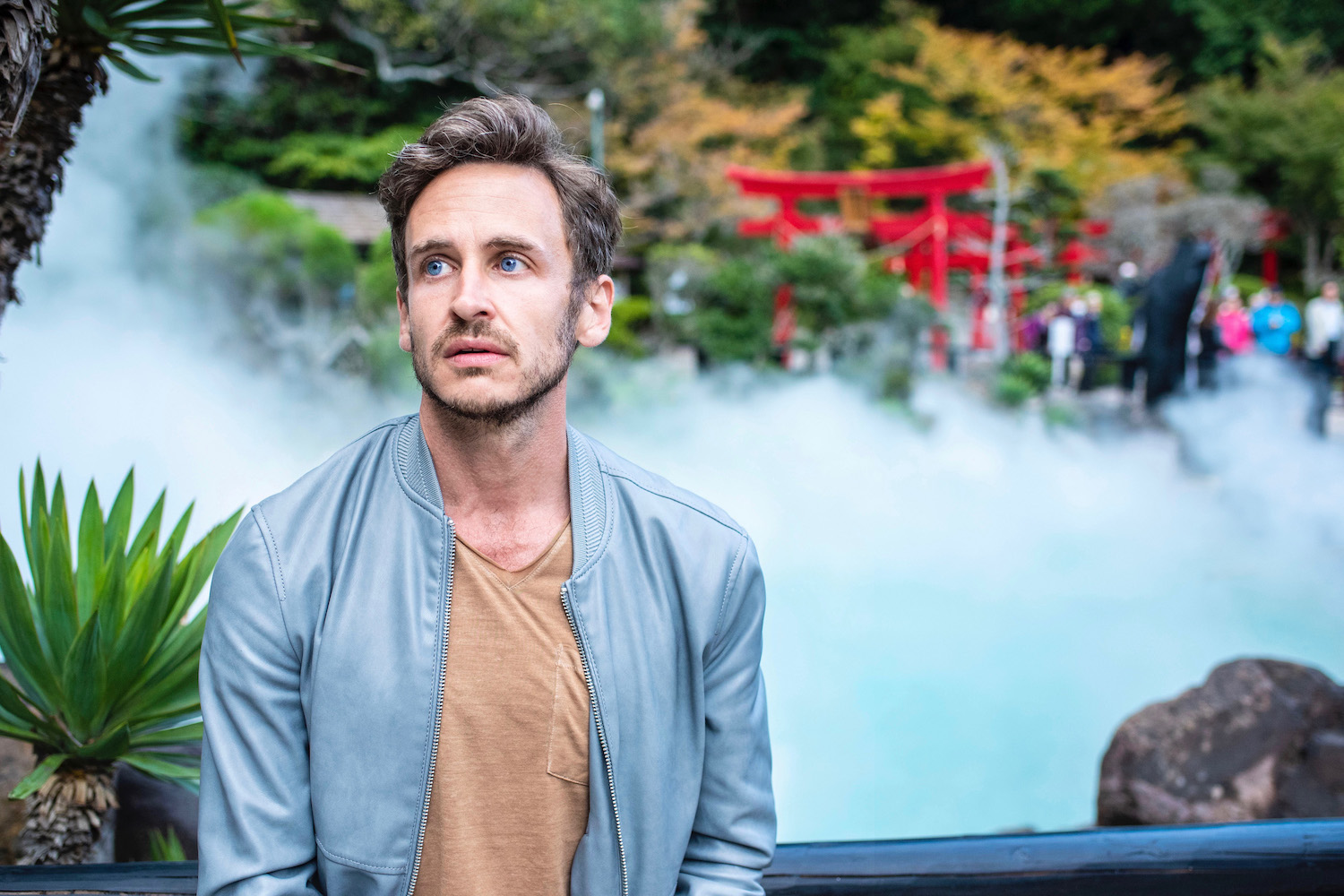 Day zero—that was the phrase I repeated to myself over and over again when I woke up Monday morning, having had a full night of sleep, heading to Aso Station on foot to catch a train to Beppu Onsen. I toyed with the idea of picking a persimmon from the tree in the courtyard of my guest house, but abandoned it when I realized none of them were ripe.

The idea, of course, was that today—the day I took a trip to hell, literally, which I’ll speak more about in a few paragraphs—would finally cleanse me of my demons and regrets. It was an entirely arbitrary one, and in time proved to be foolish as well.

During the impossibly tedious serious of trains from Aso to Beppu, however, it appeared that I had been successful. I disembarked my third and final one craving something sweet, and wishing I’d stolen a persimmon, ripe or not.

I might not have given into temptation like Eve, but I nonetheless encountered a massive snake before my date with Lucifer. “The seventh generation is waiting for you up in the tenshu,” the guide at Kifune Castle explained as he pointed to the preserved python carcass, which was apparently the sixth one that had called this fortress home since its reconstruction.

I neither knew nor cared whether a living, breathing serpent would greet me in the castle keep; I didn’t plan to take the tour the man so desperately wanted to give me. Upon informing him of this fact, I immediately regretted my decision.

“Are you sure you don’t have any evil spirits you need cast out?” he asked with a face as straight as the city’s coastline, which I could see bathed in the harsh light of midday just beneath us. It was as if he knew that something was bubbling beneath the surface of my mind and heart, not unlike the various Beppu Onsen jigoku I’d be seeing in just a couple hours’ time. 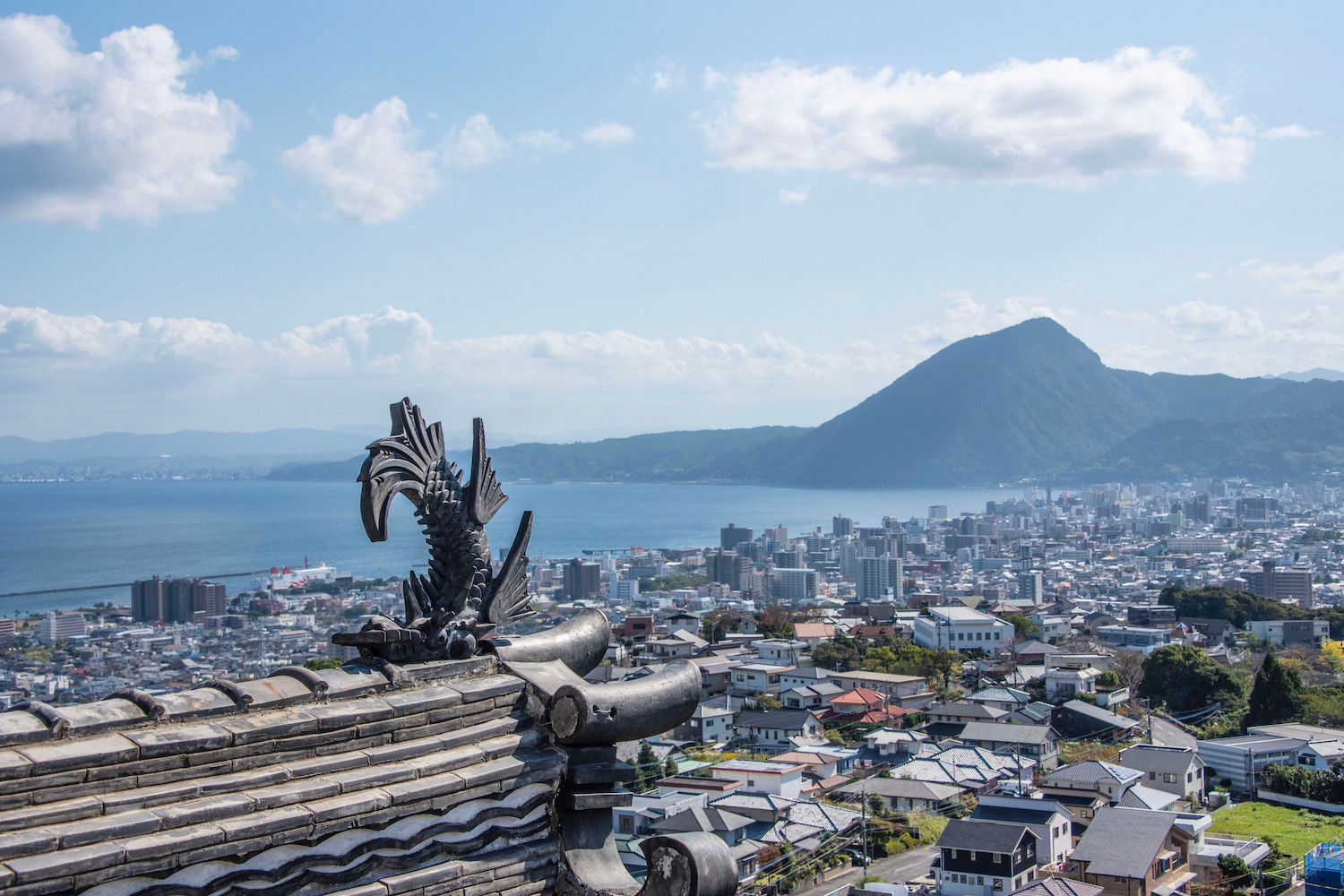 I shook my head and rushed up the second of two staircases to the final viewpoint, deciding in quite a Japanese way indeed that reneging on my refusal would represent a huge loss of face. But I wasn’t kidding anyone, least of all myself: I was full of evil spirits all right, at high noon on day zero as I’d been for at least a month before.

Somewhere between leaving the castle and getting off a city bus at Chinoike Jigoku (the aptly-named “Blood Hell”) approximately three hours later, the truth shone on me like the last rays of afternoon sun from behind the towering mountains to Beppu’s west: There had been another person, maybe for the entire time. 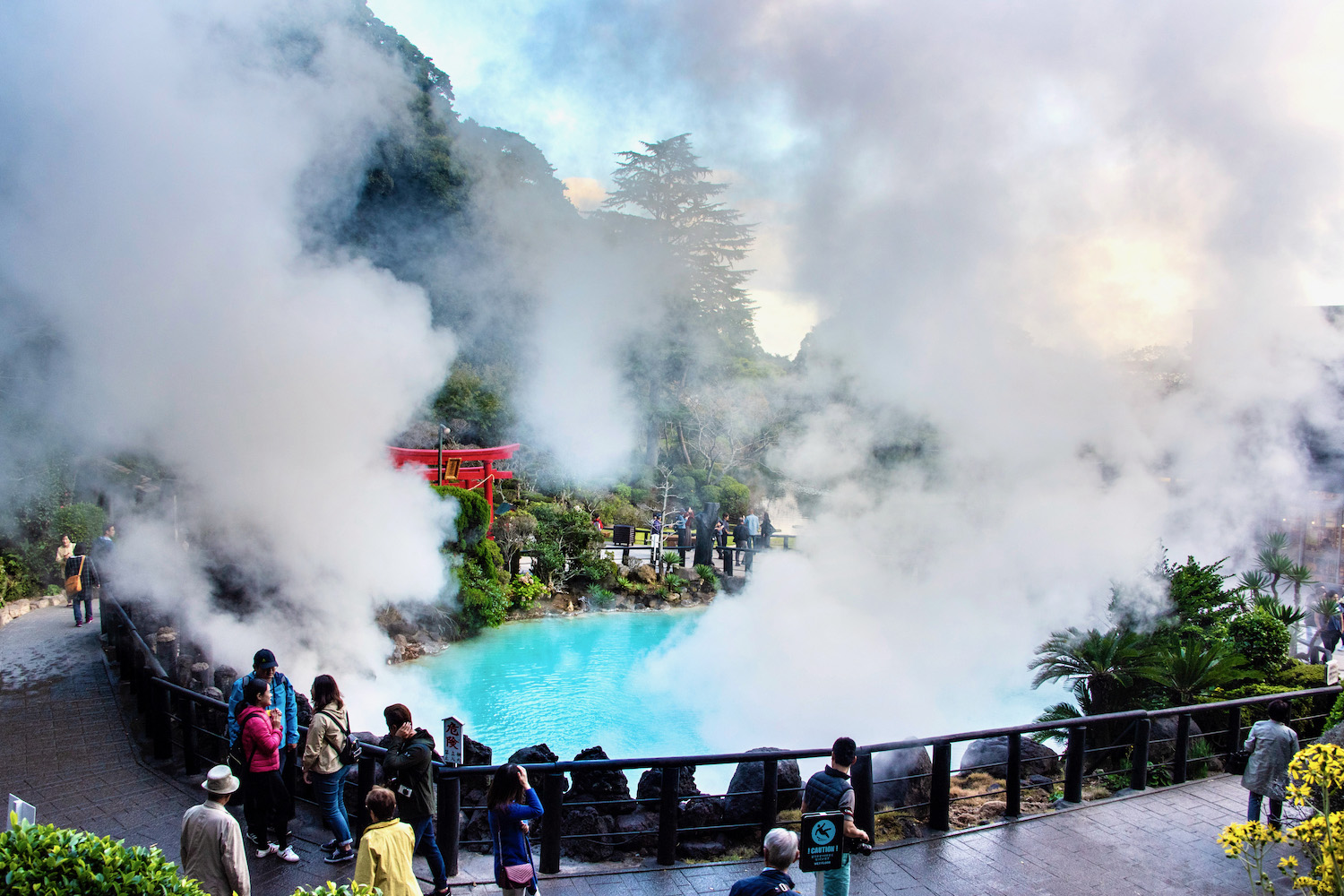 Our two roads diverged in a yellow wood, but while I trudged along mine by my damn self, someone held his hand, at least for a time.

I was searching for Satan in the various hells of Beppu Onsen, seeking to take a journey into the underworld not unlike the one my former favorite singer Tori Amos chronicles on her seminal Boys for Pele album. But while Tori manages to encounter the Dark Prince just three songs in (and the third of three Abrhamic messiahs by track eight), I felt anything but possessed as I went from hell to hell, whether I was wafting steam from the rust-colored water of the blood hell toward my face, or looking down onto Umi Jigoku, which more than lived up to its having been named the “Sea Hell.” 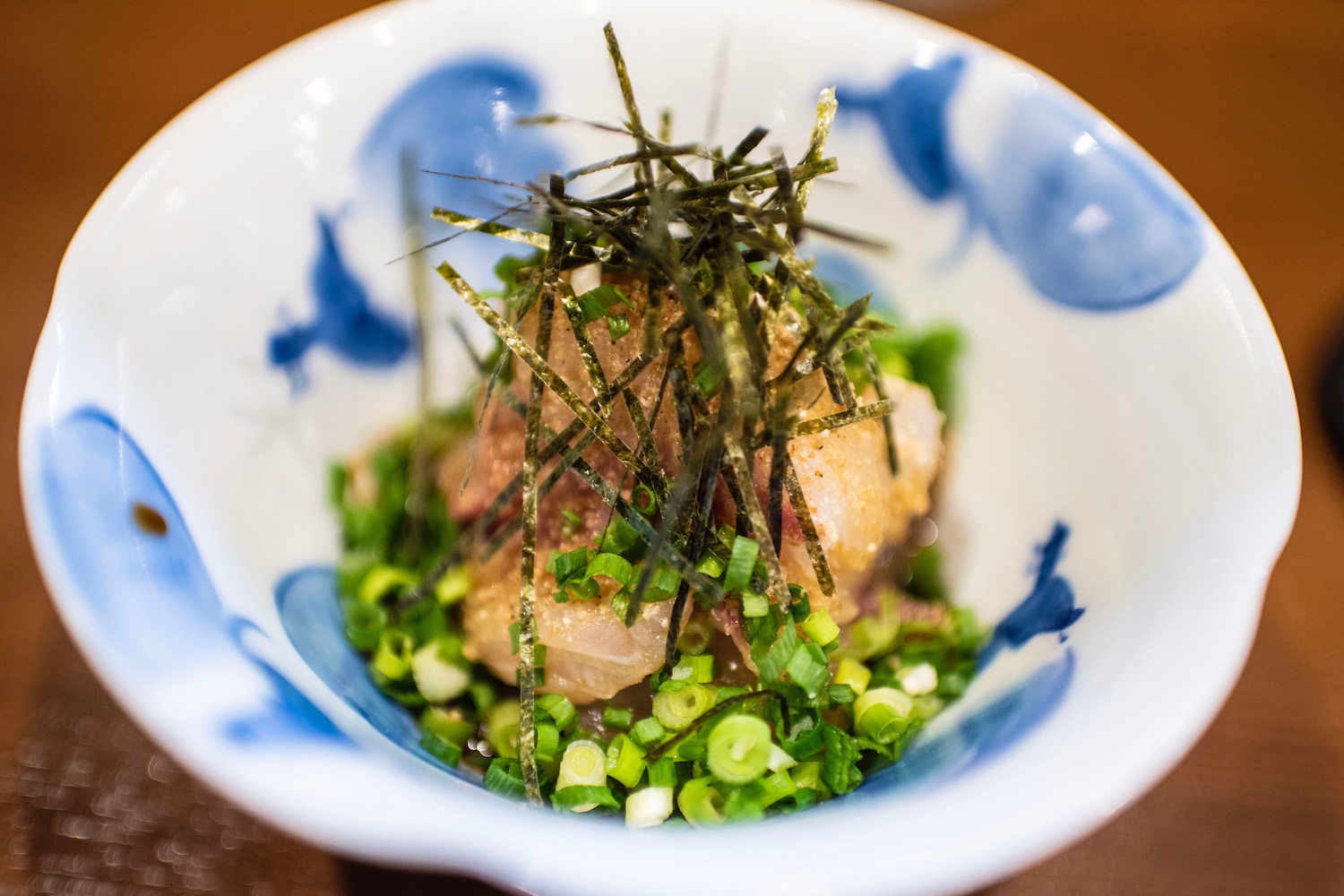 As I settled into an Izakaya near Kannawa Bus Center before traveling back toward my Beppu Station hotel for the evening, I wondered whether I’d made a mistake in having declined the evil-spirit cleansing at the castle. Certainly, not even heaping dishes of Oita-style ryukyu and the local take on chicken tempura could exorcise the demons inside me, which were trapped just beneath the top layer of my skin like pesky parasitic worms.

If Monday had been day zero then Tuesday should’ve been day one, but by the time I left Beppu Onsen behind me bound for the Kunsaki Peninsula, I could no longer be bothered with the fruits of my previous morning’s naïveté. I was going to have to live with my feelings of anger, regret, unworthiness and whatever other seeds he’d planted in me for as long as it took them to pass—creating a new calendar wouldn’t change the schedule of each day’s events. 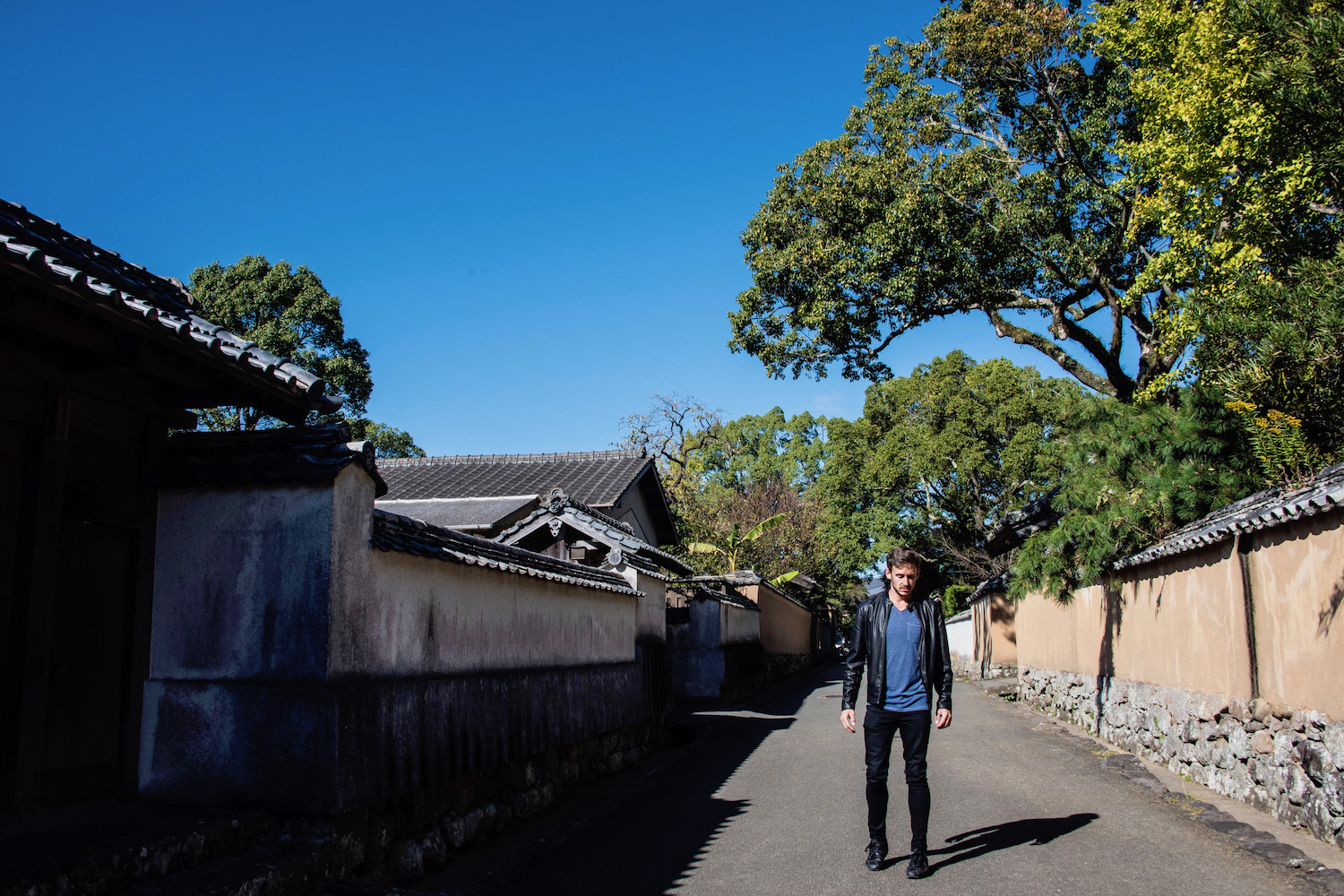 Kunisaki is the sort place of that would’ve viscerally thrilled me on any other trip, but today did little more than to evoke fleeting sensations. My shirt being the same color of the sky over one of two Samurai districts in Kitsuki, a former castle town thats juts delightfully out into the sea. Pining for autumn color at Futago-ji further inland, where the vegetation was just deciduous enough that it would look unrecognizable in a few weeks’ time.

No, Tuesday was neither the second day of the rest of my life, nor another chance at the first one; though the places in me that had been like the fires of hell a week earlier were little more than embers at this point, the heat that remained was searing. It’s like a Ted Talk I recently watched said: You don’t move on from grief—you move forward with it. 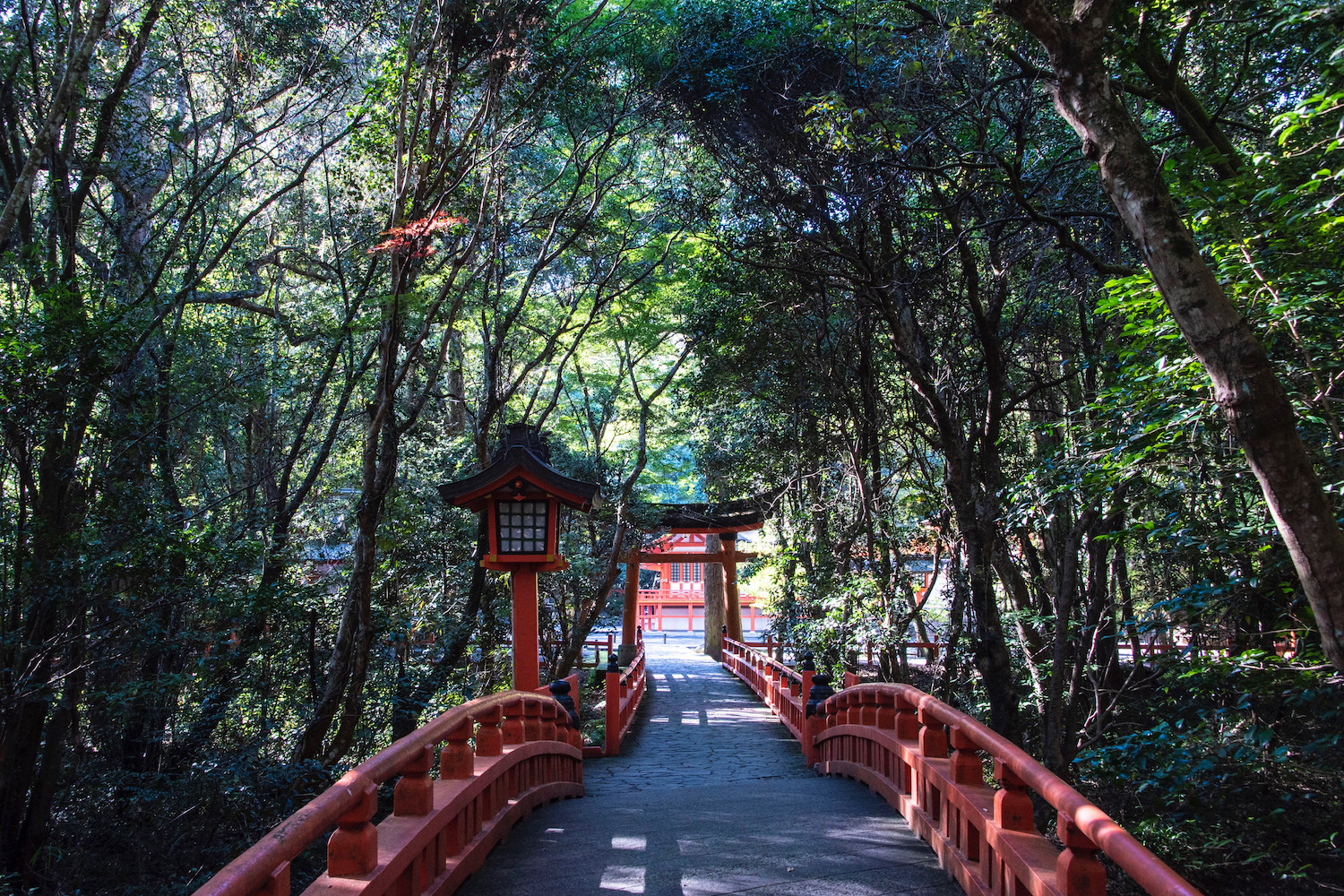 Which is not to say the ghost of Taipei’s finest fuck boy can compete at all with losing a parent or getting cancer, two of the tragedies Nora McInerny had to face prior to getting on the stage of Ideas worth spreading™. Anyway, I had one last stop before I returned to Beppu Onsen, one last chance to put another bead on my proverbial necklace before I lost grip of the thread stringing it together and had to start over.

I had lunch (Oita-style chicken tempura once again) before entering the grounds of Usa Jingu, which I believed (correctly, it turned out) would allow the late-afternoon light to soften to the perfect degree. My time there was perfect, visually speaking, the crisp cerulean of the early November sky contrasting perfectly with virile vermillion so shiny it seemed painted yesterday.

Every few seconds, of course, a thought or reminder of one popped up, like how a few scattered maple leaves every dozen trees or so was suddenly orange or red, even though fall wouldn’t begin in earnest here for nearly a month. At first I tried to classify them by deadly sin rather than repeating them verbatim; eventually I found the power within myself to simply acknowledge each as it came, to wave it off so the next ship could come to port.

I didn’t go to any churches during my time in Beppu Onsen, but I searched for Satan and visited more shrines and temples than I can remember. I’ll end, therefore, within a confession: I don’t really enjoy the onsen experience all that much, and actually didn’t soak in a single spring during my two days here—unless, of course, you count the simmering sheets of self-doubt in which I’m almost guaranteed to sleep tonight.

Other FAQ About Beppu Onsen

How many onsen are in Beppu?

There are eight distinctive onsen springs within Beppu (sometimes known in Japanese as “Beppu hatto”), which is part of why there are such a wide variety of hot springs accommodation in the city. It’s for this reason, and not the mostly phone “onsen amusement park,” that travelers from all over Japan flock to Beppu.

Is Beppu worth visiting?

Beppu is absolutely worth visiting! Even if it’s not in your budget or among your interests to stay in one of the luxurious, sea-facing ryokan with private hot springs on their balconies, seeing the “Seven Hells” of Beppu alone is worth the effort it takes to reach Beppu.

Not surprisingly, the smell of sulfur does perfume the air of Beppu, regardless of where in the city you go. However, as you can also imagine, you quickly learn to ignore this, even if it is stronger in certain places due to the natural rhythm of volcanic heat and gas.