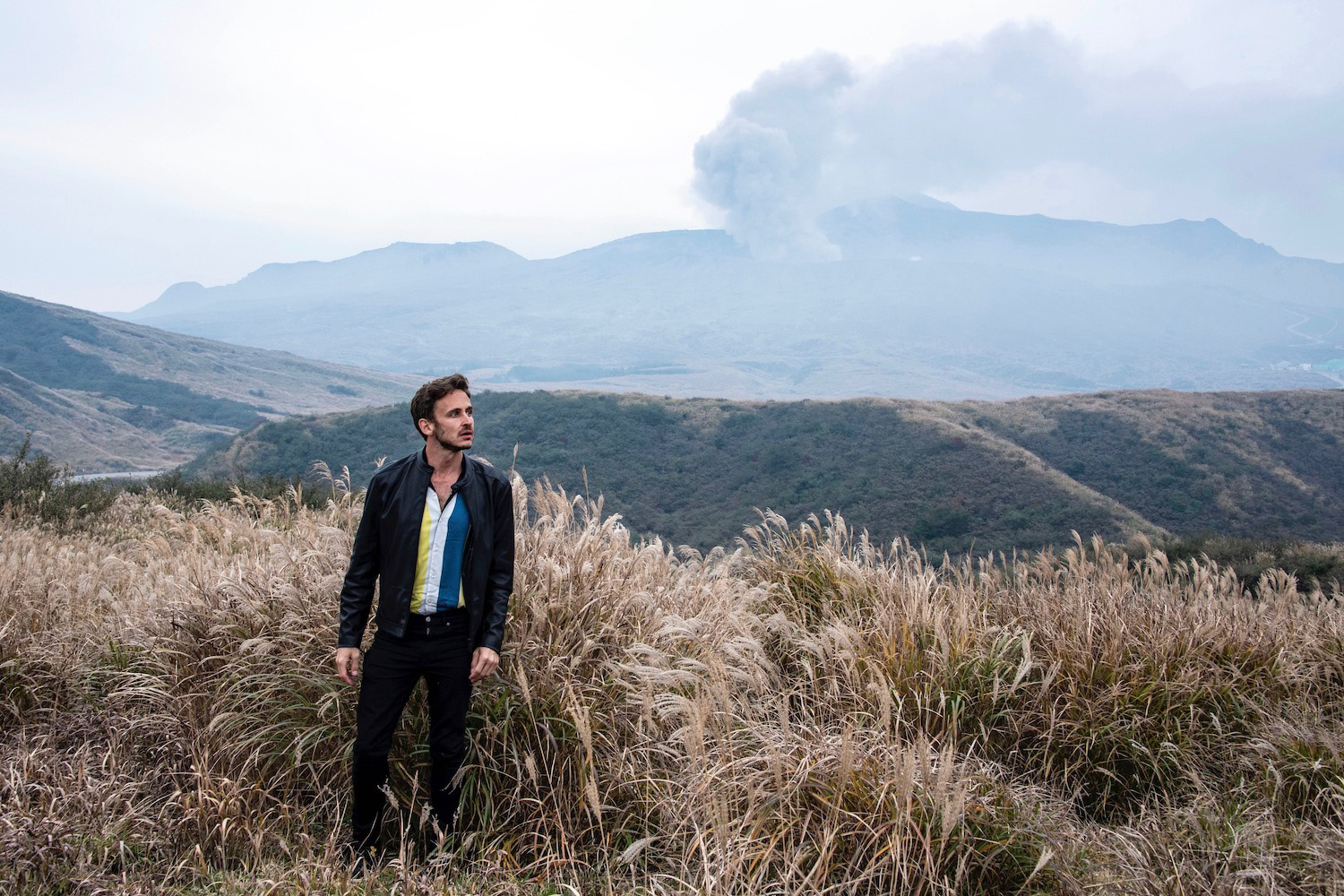 I had a feeling my visit to Mt. Aso was going to be a hot mess long before I got here Sunday morning. Among other reasons, my Saturday excursion to the Amakusa Islands just west of Kumamoto had been an abject failure.

To say nothing of the rest of the day: I’d gone against the promise I made to myself during my morning run—that I would not text you-know-who under any circumstances. Thing is, he did not ignore me as I’d expected.

No, it was much worse than that: He told me the truth, the whole truth and nothing but the truth. So help me, God, I sighed as I looked out the window of the bus, which suggested at least a few hours of overcast weather were on the horizon.

Need help deciding whether Mt. Aso is worth a visit? Commission a custom Japan itinerary!

Mt. Aso, the town that sits at its base and the infrastructure therein are still largely in disrepair in the wake of the 2016 earthquake, and the volcanic activity that has intensified in its wake. In addition to the fact that you can no longer ride the train from Kumamoto to Aso as you once did, the rim of Nakadake Crater is now totally off-limits, which makes a trip to this part of Japan relatively anti-climactic from the get-go. 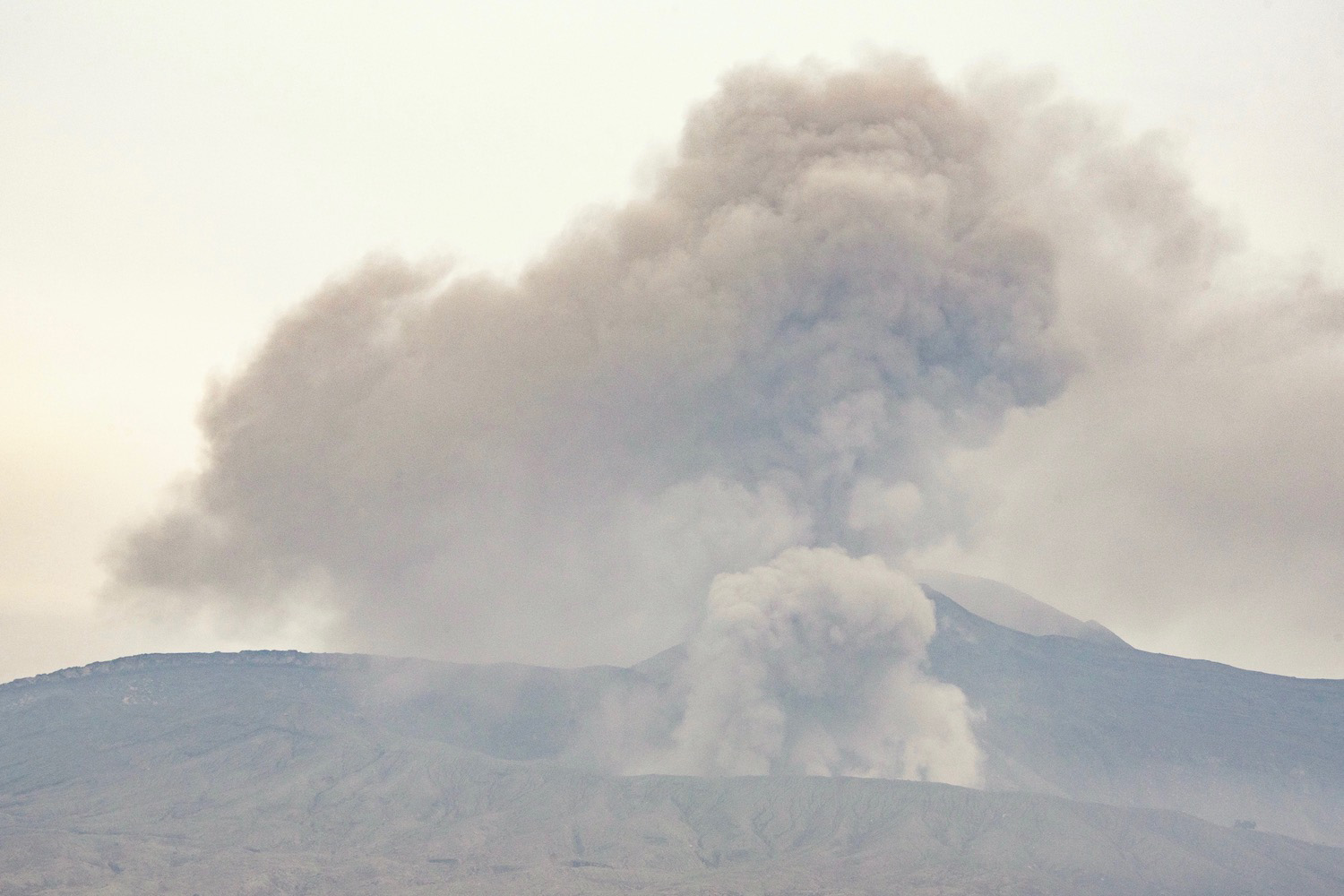 Not that I let that get me down: Cloudy skies or not, off-limits volcano or not, I hit the ground running after getting off the bus (and making an awkwardly long pee break). Rather than stress myself out with what would undoubtedly be an inefficient and crowded local sightseeing bus network, I took further advantage of my international driving permit and rented a car for the day, setting as my first stop Daikanbo.

Unfortunately for me, while Daikanbo is reputed to offer the best view of Mt. Aso and the town beneath it on a clear day, it was…not a clear day. It was, however, a Japanese holiday, which meant that the observatory was so packed to the gills I literally had to park at the spot where the sightseeing bus would’ve dropped me off. 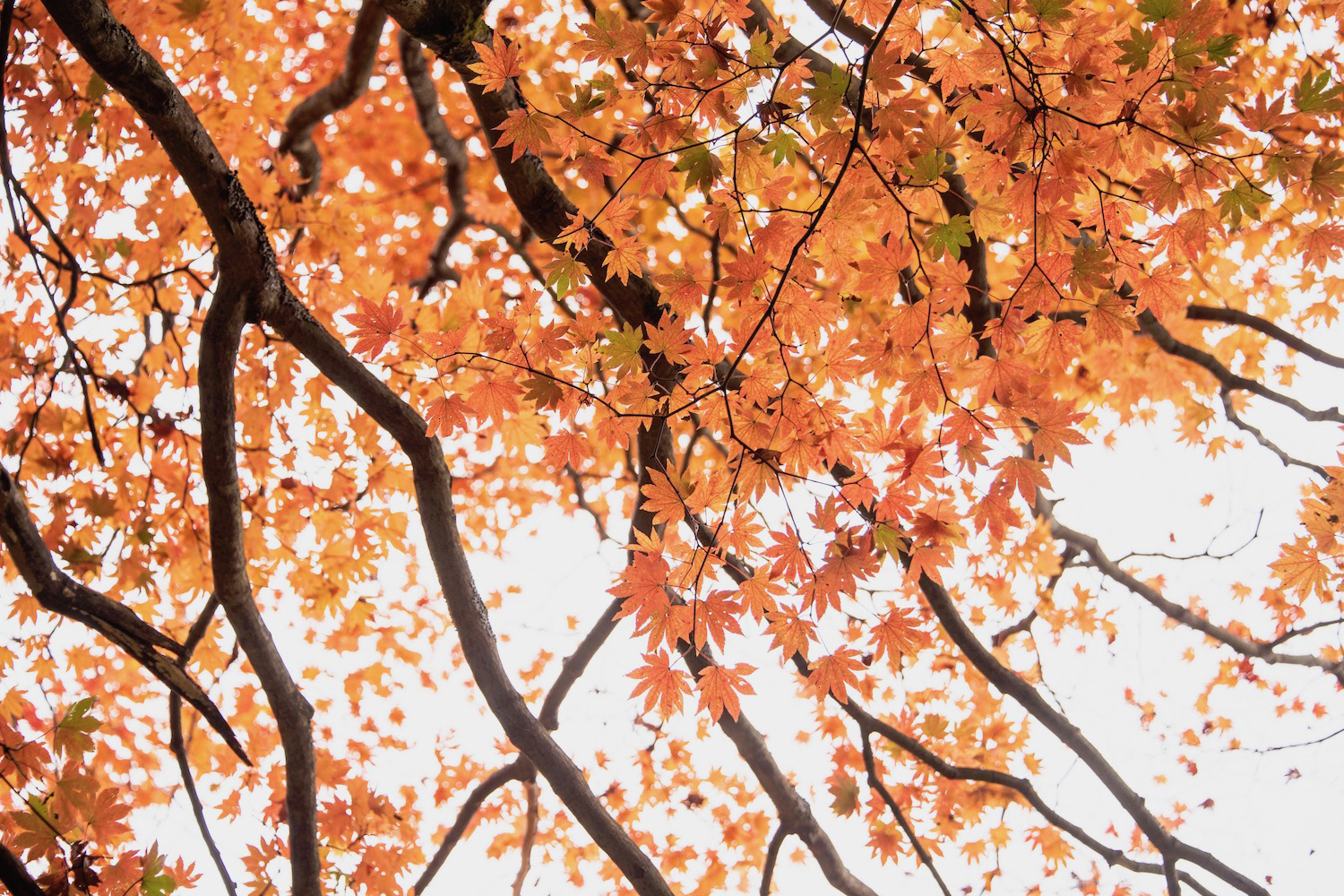 I sound angry, I know, and you would be too. Can you imagine if the person who broke your heart had the nerve to confide in you after someone else did the same to them?

That’s not all my Taipei travesty did after the sun set Saturday and before it rose on Sunday, but we’ll get to the rest of that later. The important thing to note, for now, is that my decision to have rented a car in Aso allowed me to visit an entire destination that would’ve been off-limits if I’d been limited to public transportation: The Kuju Mountains.

(Also in play were the various sweet corn and soft cream stands between Mt. Aso and Kuju, though I declined to stop almost anywhere along the way, on account of how badly I wanted to photograph the volcanic scenery of Kuju-san, amid what my drive revealed to be significantly more advanced autumn foliage than the rest of Kyushu.)

But I wasn’t really interested in that either. The holiday crowds (I neither knew nor cared which holiday, as horrible as that sounds) had made the side of every two-lane road in this area a parking lot, and made Japanese people drive even more slowly than they usually do.

I didn’t want to hike 9 miles around trip to the conspicuous crater above the Kuju Mountains parking lot, but the alternative was unlivable. Not only would I have spent the afternoon sulking about the fact that my quasi-ex wanted to cry to me about the quasi-ex with which he replaced me; I’d be left ruminating over a laundry list of fucked-up behaviors that were, as it turned out, exactly as fucked-up as they’d appeared at the time. 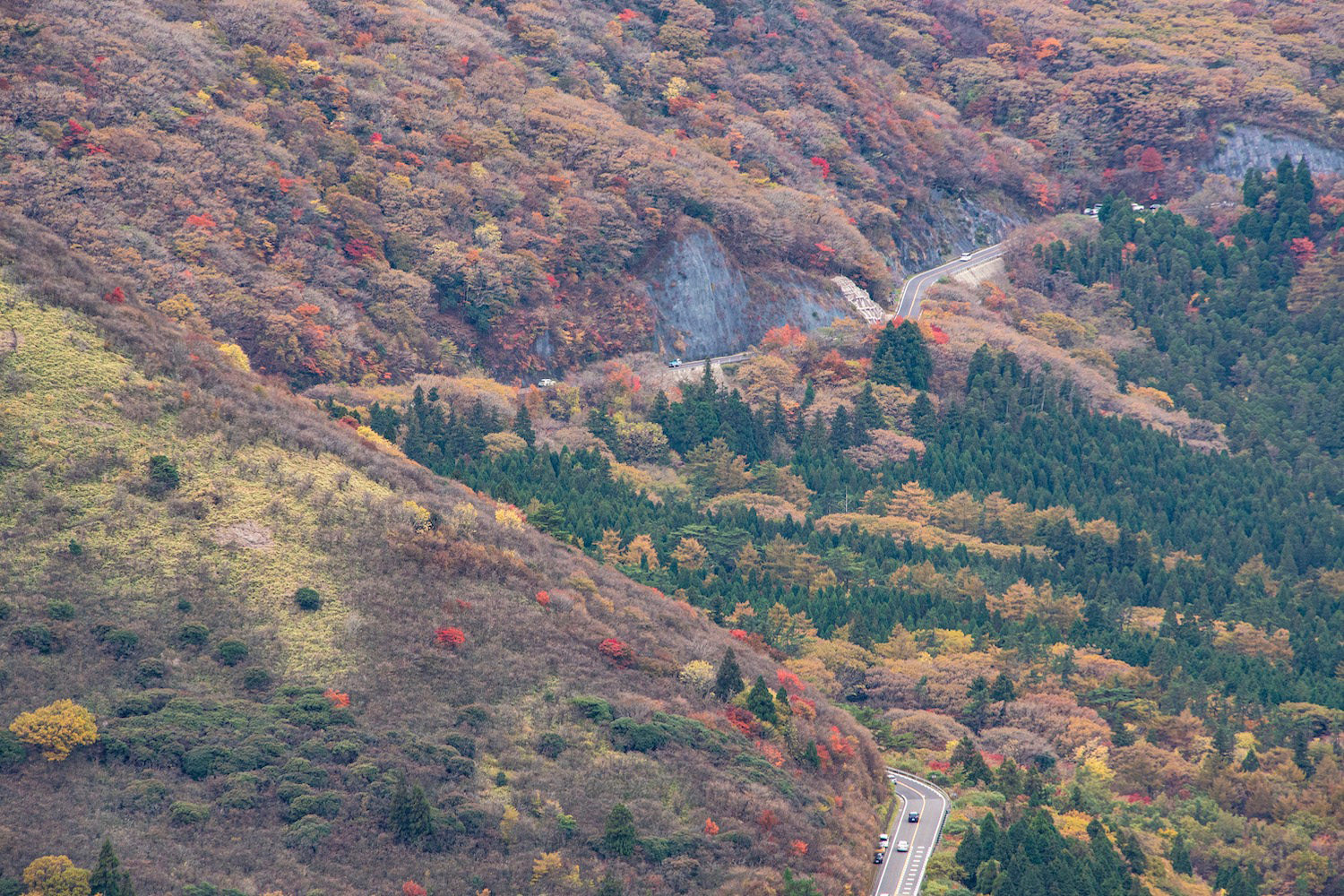 (Note to self: Do not give someone you’re dating the benefit of the doubt more than once for each week you date them.)

Closer to the Caldera

I was eager to get to Kusansenri, which is apparently the second-best viewpoint of Mt. Aso after Daikanbo, so I only hiked about 3 km up toward the volcanic vents of Kuju and not all the way, having been content enough with the panorama from 1,400m not to trek closer to the caldera. 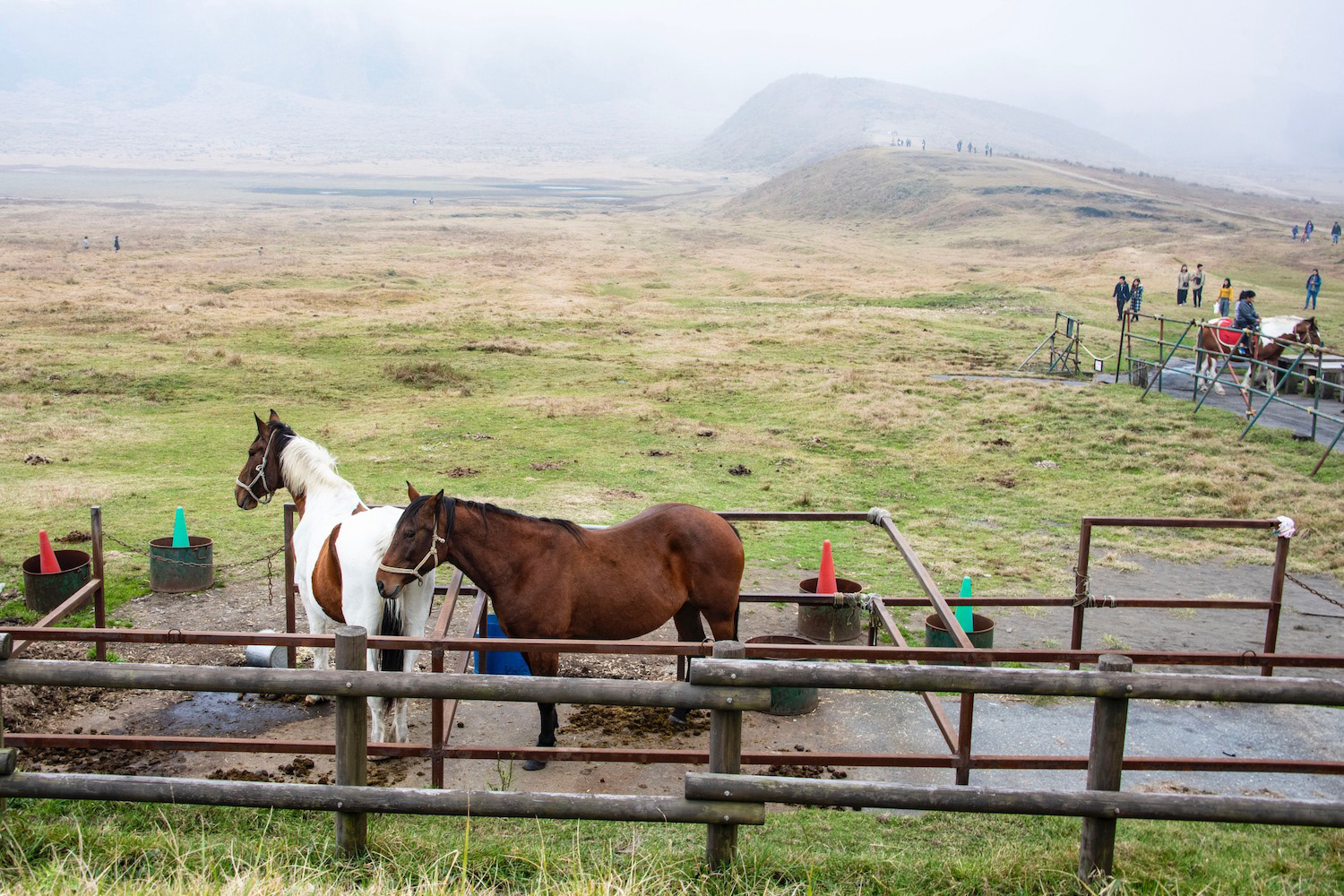 Unfortunately for me, I felt neither physically nor mentally exhausted after this bout of exercise, in spite of the fact that literally every person I passed gawked at me for daring to walk a nearly-flat trail not decked-out head-to-toe in North Face. In fact, as I flipped my car around and booked it (well, as much as one can do through the hordes of koyo traffic) to Kusasenri, the gory details of my recent past were still very much in the front of my mind.

“He thought somehow I’d still think of him as a friend,” I’d told my friend Dora three hours after my bedtime the evening before, a Transpacific VOIP call that also should’ve resulted in at least physical exhaustion. But I remembered every word I said to her, and every word from him that had precipitated my myocardial breakdown. “Which was egregious not only because of his cry-baby routine,” I’d begun my conclusion, “but because of the confession he made at long last.” 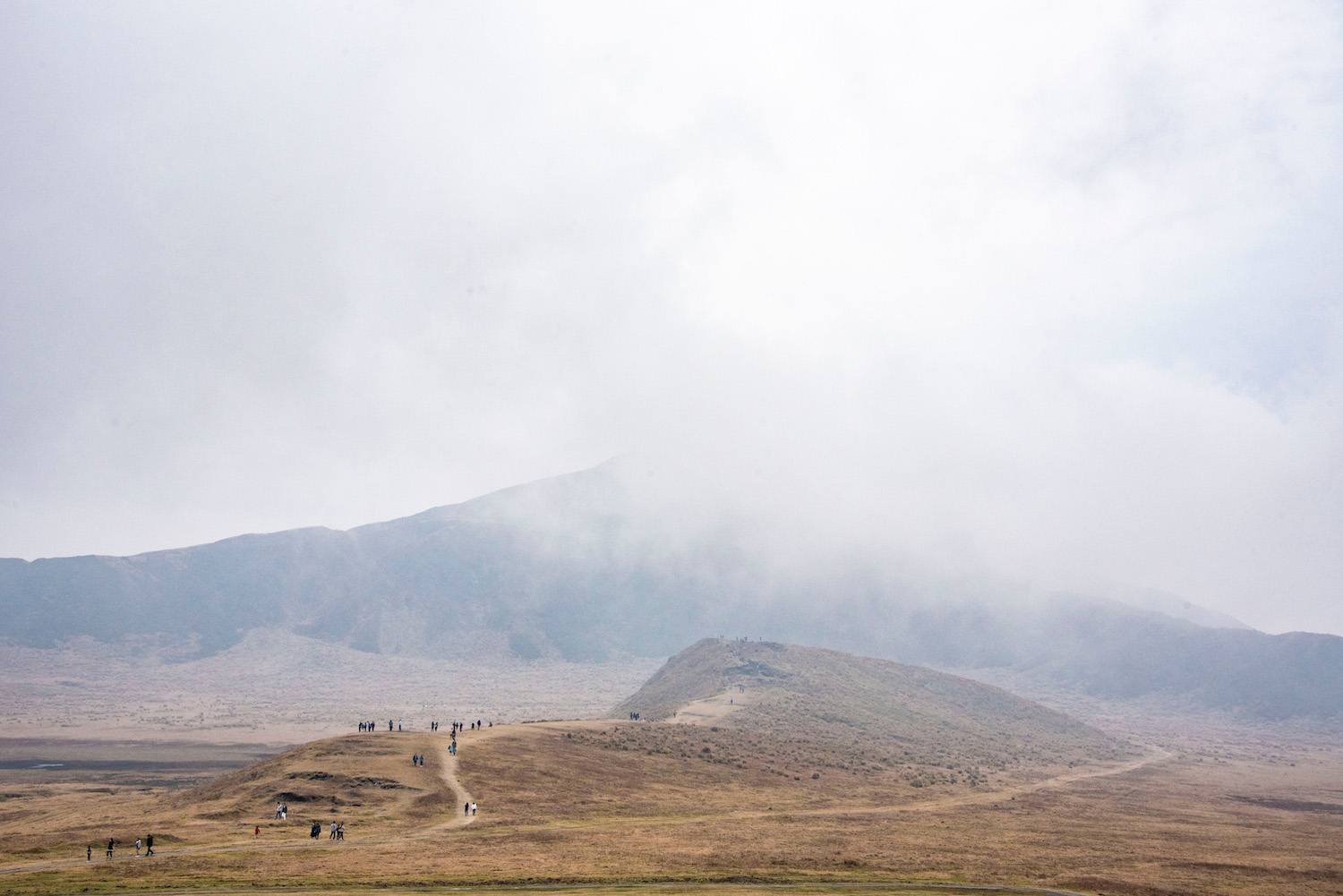 (Oh, this is still a blog post about Mt. Aso? Right, my mistake…)

Like at Daikanbo, the views from Kusansenri would’ve been spectacular if the weather had been, but it wasn’t so they weren’t. I thus made my way back to the rental car office a whole hour before it closed, and to my guest house not long after that.

To my chagrin, most nearby restaurants weren’t yet open for the night, which was a nice big cherry on top of the shit Sunday I’d had thus far. “No drink inside,” barked the octogenarian cashier of the convenience store attached to the restaurant where I’d bought my dinner from a vending machine, when I tried to purchase a can of Suntory Highball from her.

None of which is to say that Mt. Aso was a complete waste or even a disappointment, or to suggest that I don’t recommend it to you: I do, and will for as far into the future as I can see, even if the area never quite recovers from that fucking earthquake. But how happy would you feel on a Sunday if, on Saturday night just before bed, the best lover you’d had in years had confessed he stopped being attracted to you halfway through your six-week sex marathon?

Where in Japan is Mt. Aso?

Mt. Aso is located in Kumamoto prefecture, in the very middle of Japan’s southern and western most Kyushu island. To reach Mt. Aso, you need to travel to Kumamoto by plane or train, then take a bus or train onward to Asosan station, assuming you don’t simply rent a car.

Why is Mt. Aso famous?

Mt. Aso is famous for being one of the most active volcanoes in Japan, and for the wide variety of activities on offer in its massive caldera. The Aso-Kuju Geopark is one of Japan’s most unspoiled natural regions, whether you engage in volcano trekking or tamer eco-tourism in its vicinity.

Mt. Aso is definitely still active, to the extent that you may be unable to approach it during your trip. Smoke and ash are almost always fuming from its main caldera, whether seen from the Kusasenri plain near it, or even from the floor of the caldera in Aso town.