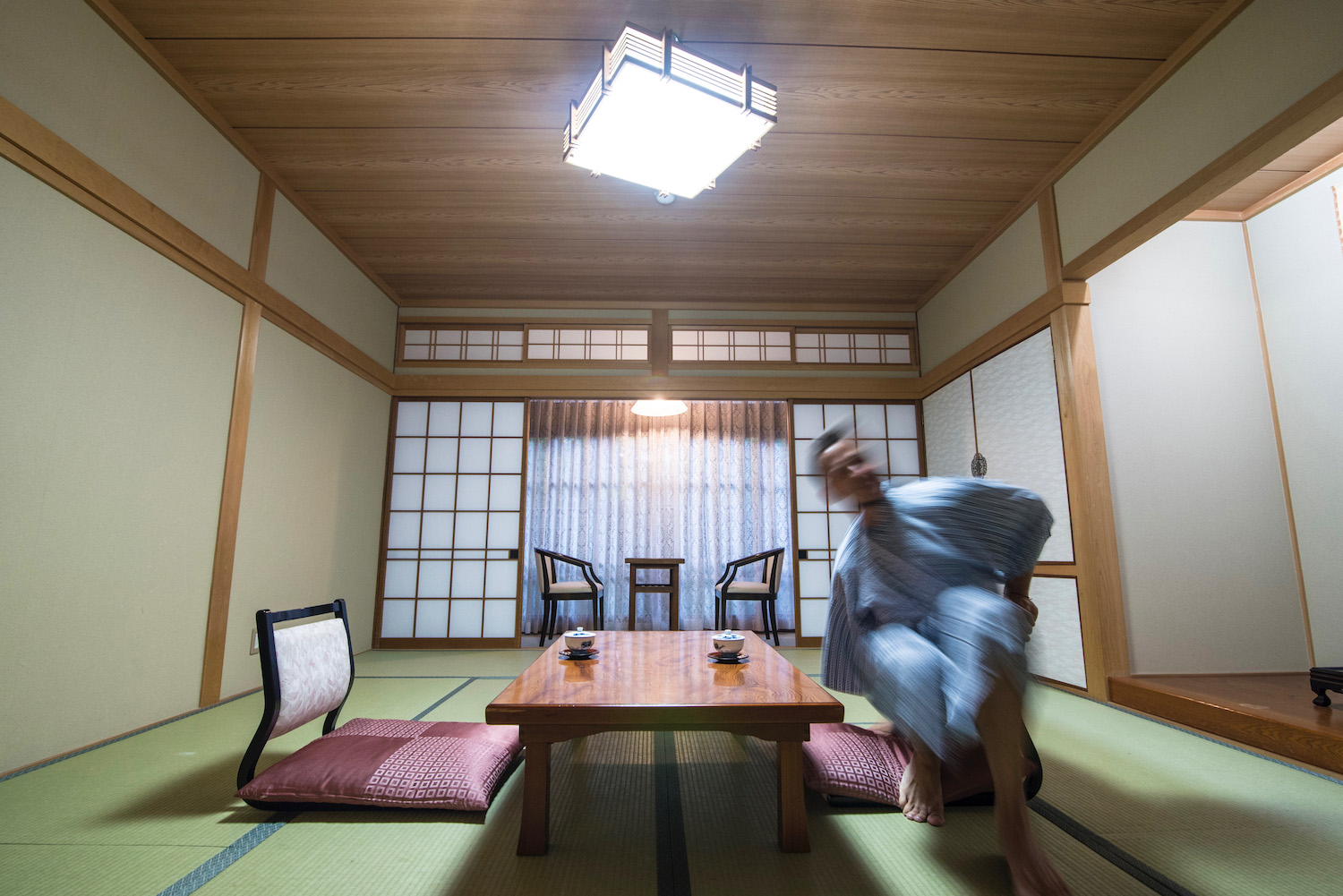 It took me many years after my first trip to Japan to do a Koyasan temple stay. It wasn’t until May 2018, in fact, that the opportunity finally came up. My friend Suguru from Tokyo had committed to travel down to Wakayama prefecture with me for the weekend—and to hiking up Mt. Koya with me, no less.

After choosing Koyasan accommodation, I did very little research into how to do the Koyasan trek or what to do atop Mt. Koya (besides staying in a temple)—and this was very much to my peril. Let’s just say that the monk who mans the check-in counter at Hongaku-in temple was not pleased when Suguru and I arrived after sunset.

Whether or not you hike or do a temple stay, Koyasan is one of the most unforgettable destinations in Japan. I hope reading my stories of traveling to Mt. Koya inspires you to write your own!

Need help arranging your Koyasan temple stay? Commission a custom Japan itinerary!
Contents
1  Why Should You Do a Mount Koya Temple Stay?
2  Should You Hike to the Top of Koyasan?
3  The Best Koyasan Temple Lodging
3.1  Eko-in
3.2  Hongaku-in
3.3  Joki-in
3.4  Saizen-in
3.5  Fudo-in
4  What to Do Atop Mt. Koya (Besides Shukubo)
5  Other Things to Do in Wakayama Prefecture
6  Other FAQs About Koyasan
6.1  How many temples are there in Koyasan?
6.2  What does Koyasan mean?
6.3  Where is Mount Koya in Japan?
7  The Bottom Line

Why Should You Do a Mount Koya Temple Stay?

The origin story of Koyasan goes something like this. Around the turn of the 9th century, a Kyoto monk by the name of Kukai became fed up with the trappings and temptations of life in the capital, and quite literally headed for the hills to stake out more sacred ground. Although no Koyasan temple standing today physically existed all those years ago, the town of Koyasan has been continually inhabited since the time of Kukai.

As a result, a Koyasan stay is not simply an opportunity to sleep inside a real Buddhist temple, or an Instagram story that will make others gasp in awe. Whether you hike to the top of Koyasan (more on that in literally 10 seconds) or take a quicker, more modern way there, you’re literally participating in a traditional that’s as old as Japan as we know it, and following in the footsteps of the man who founded Koyasan in the first place.

Should You Hike to the Top of Koyasan?

Suguru and I decided to pair our Koyasan temple stay with a hike up Koyasan, which was both easier than I expected (there are no extreme changes in elevation, nor poorly-manicured sections of trail) and much longer. Both of us are avid hikers who maintain a good pace, and the ~20 km journey took up nearly 7 hours. If you want to hike Koyasan, here’s what you need to do:

Of course, you needn’t undertake the Koyasan hike to stay in a temple. Rather, you can board any Koyasan-bound train from Nankai-Namba station to Gokurakubashi, where you’ll transfer to the Koyasan Cable Car. Depending on which train you board, the entire journey takes between 2-3 hours, though you should not that it’s not covered by the Japan Rail Pass. 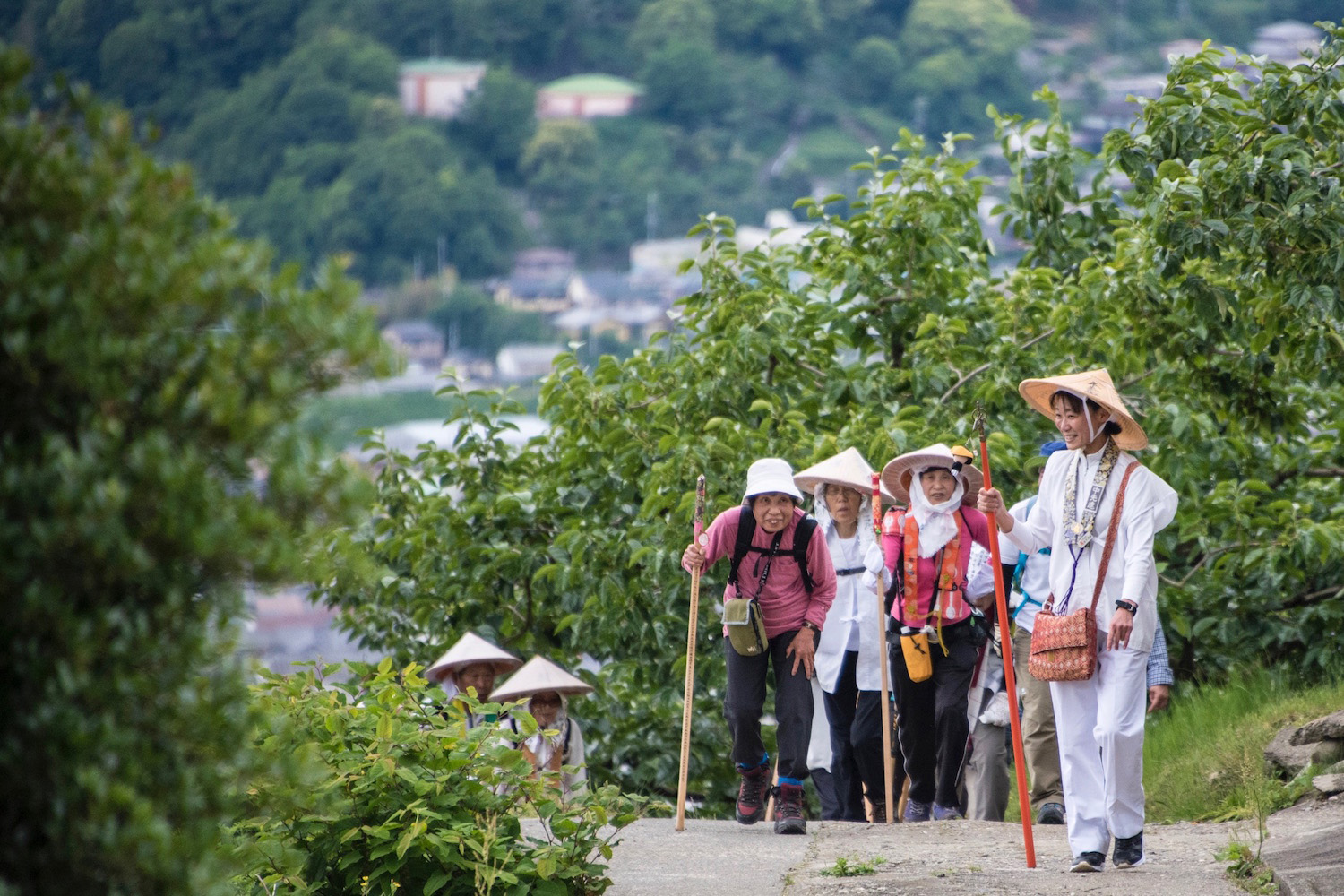 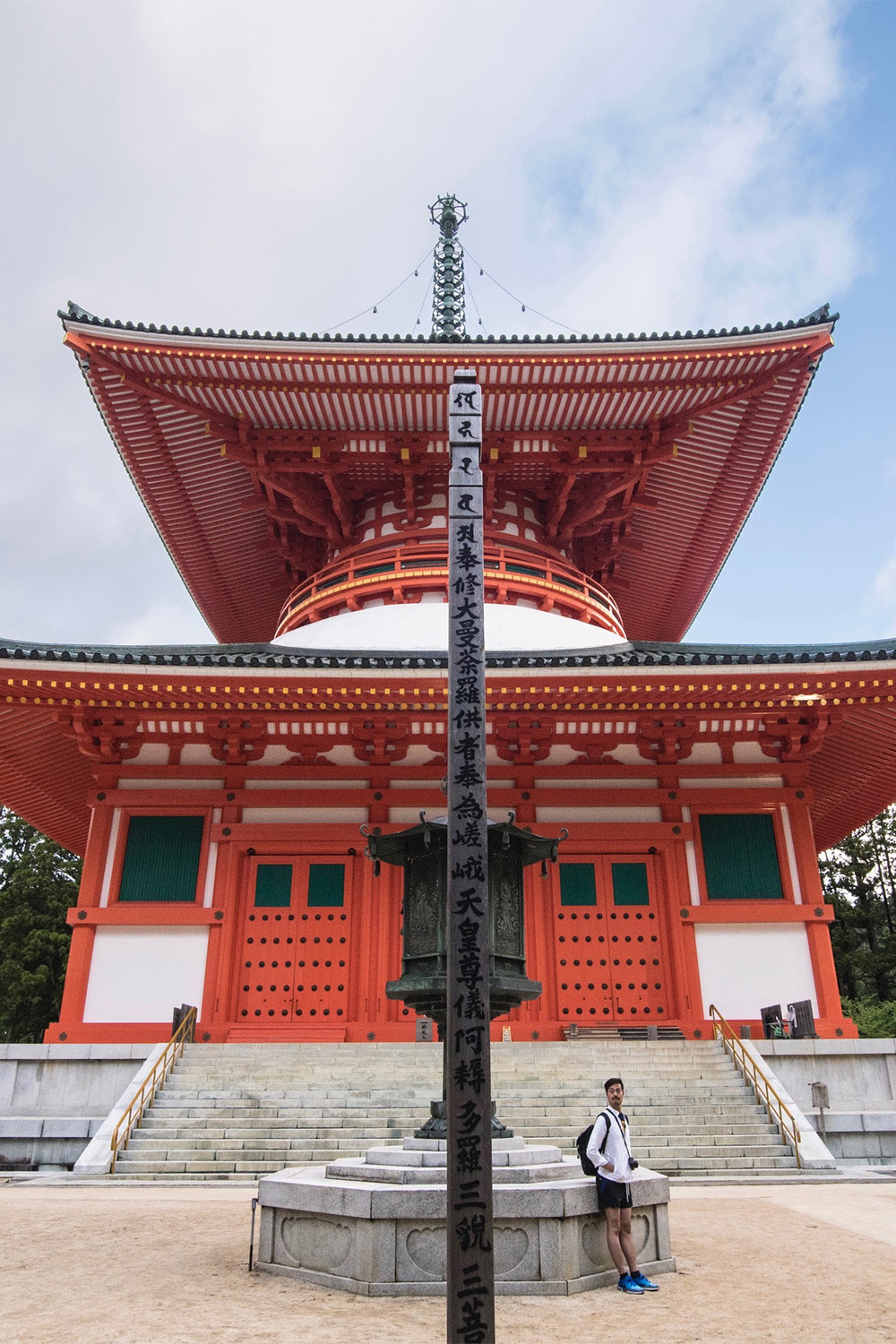 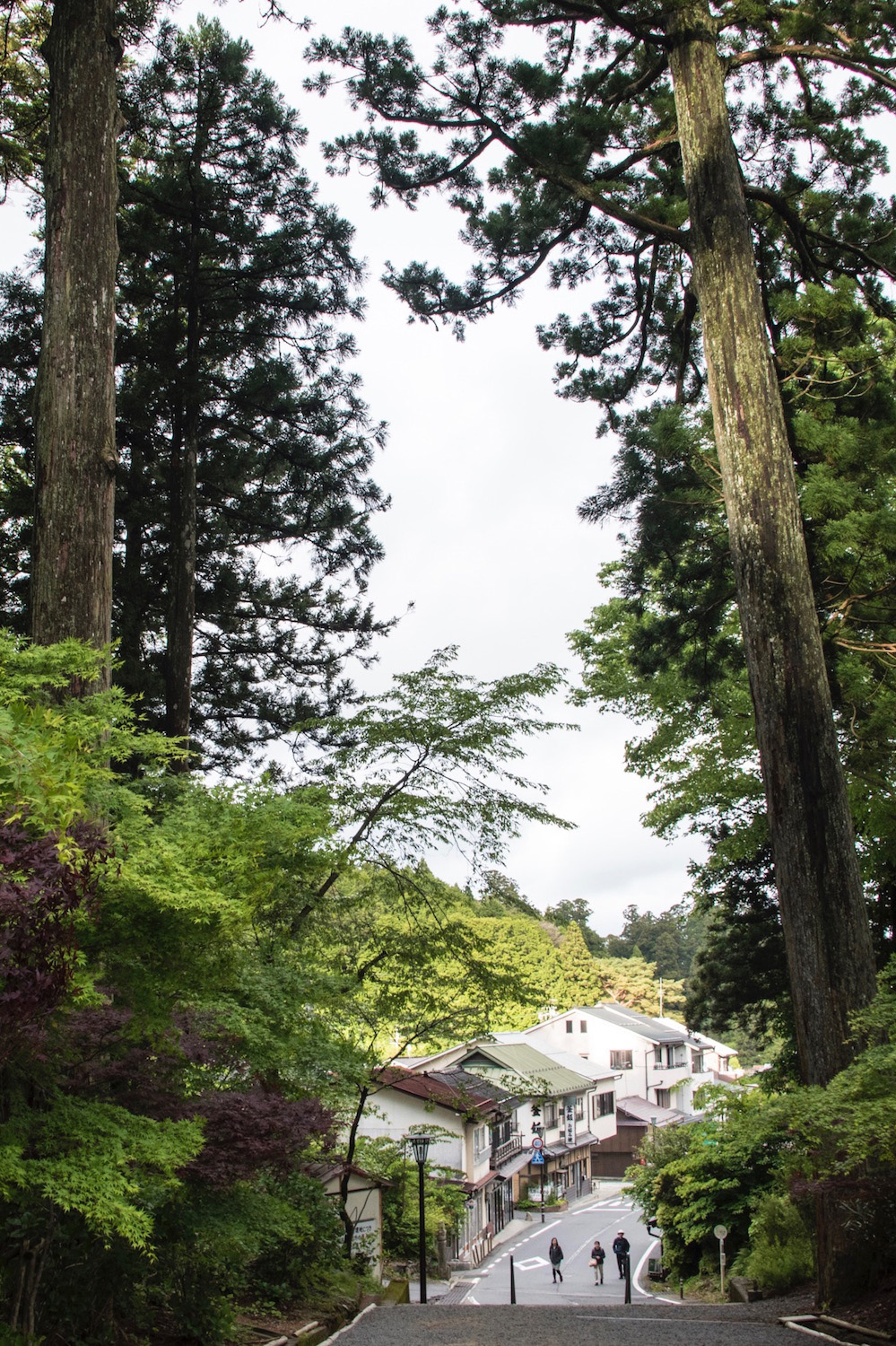 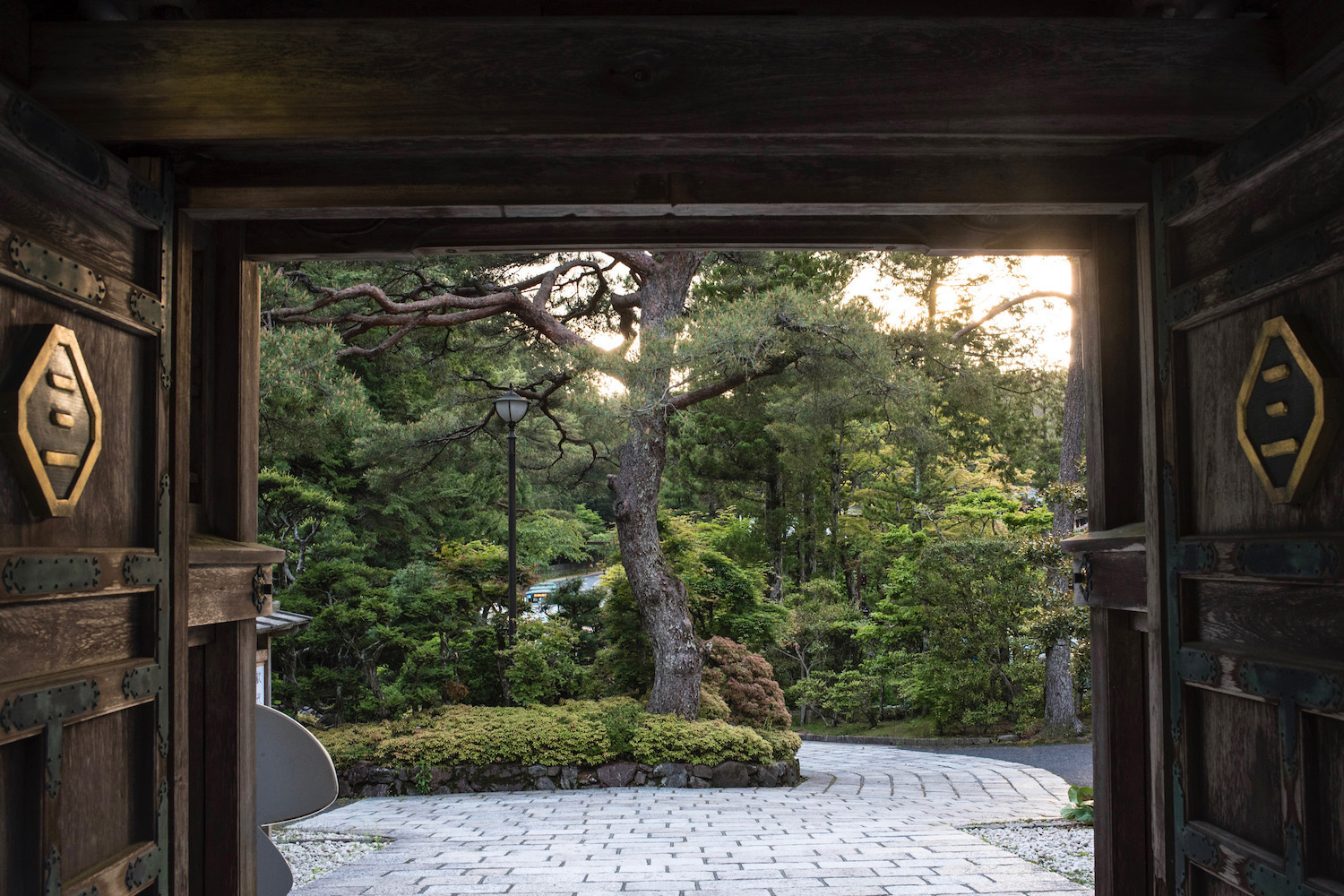 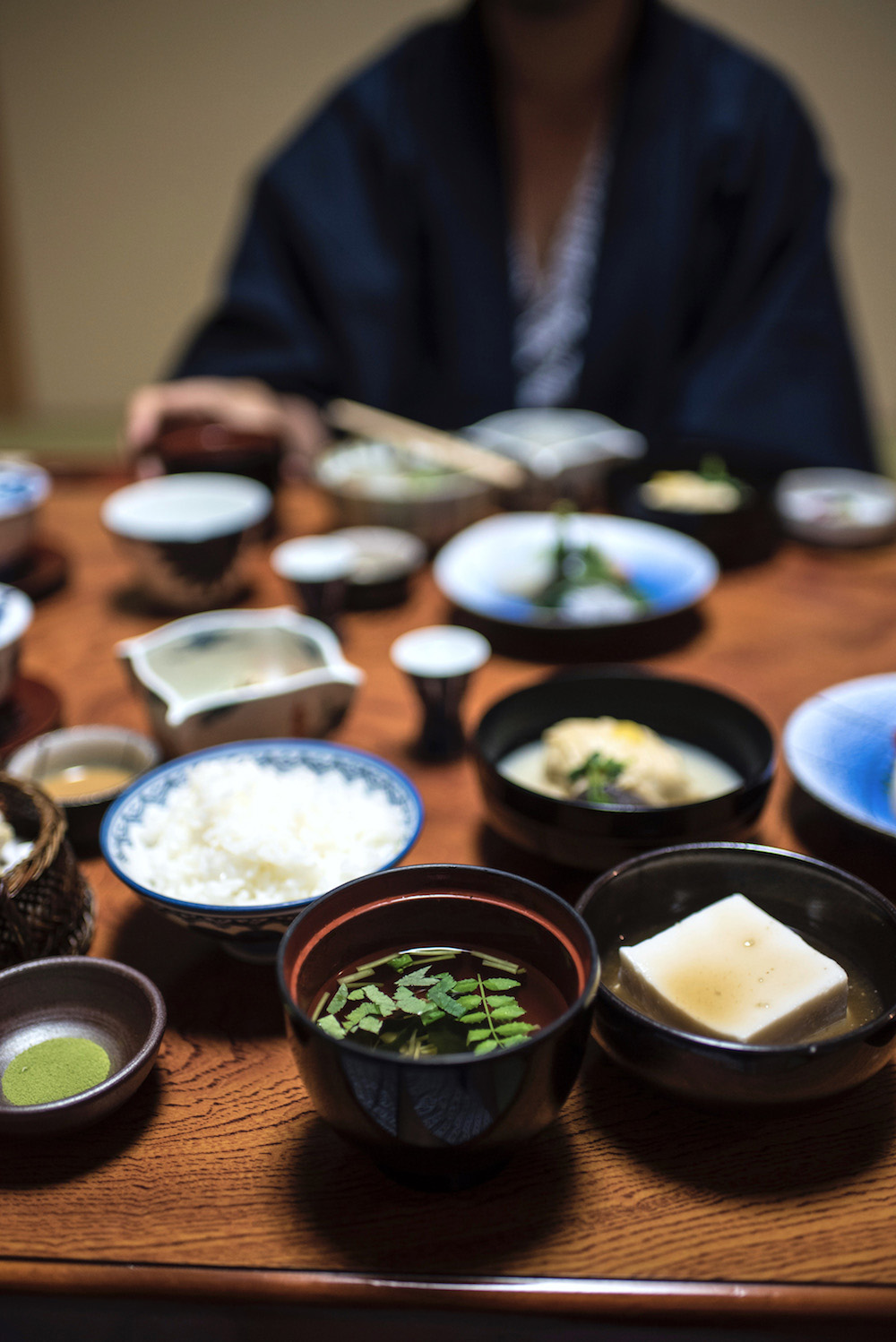 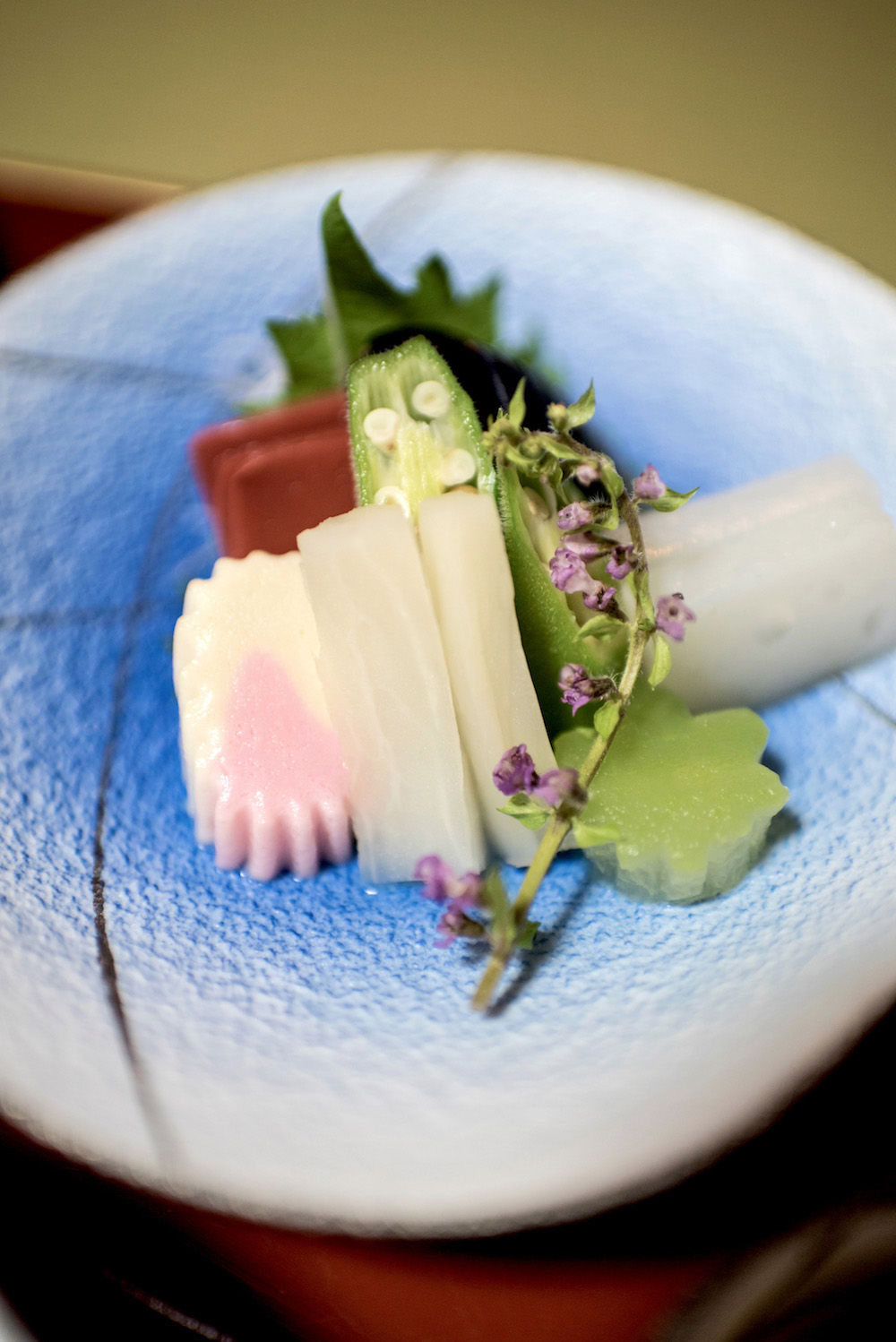 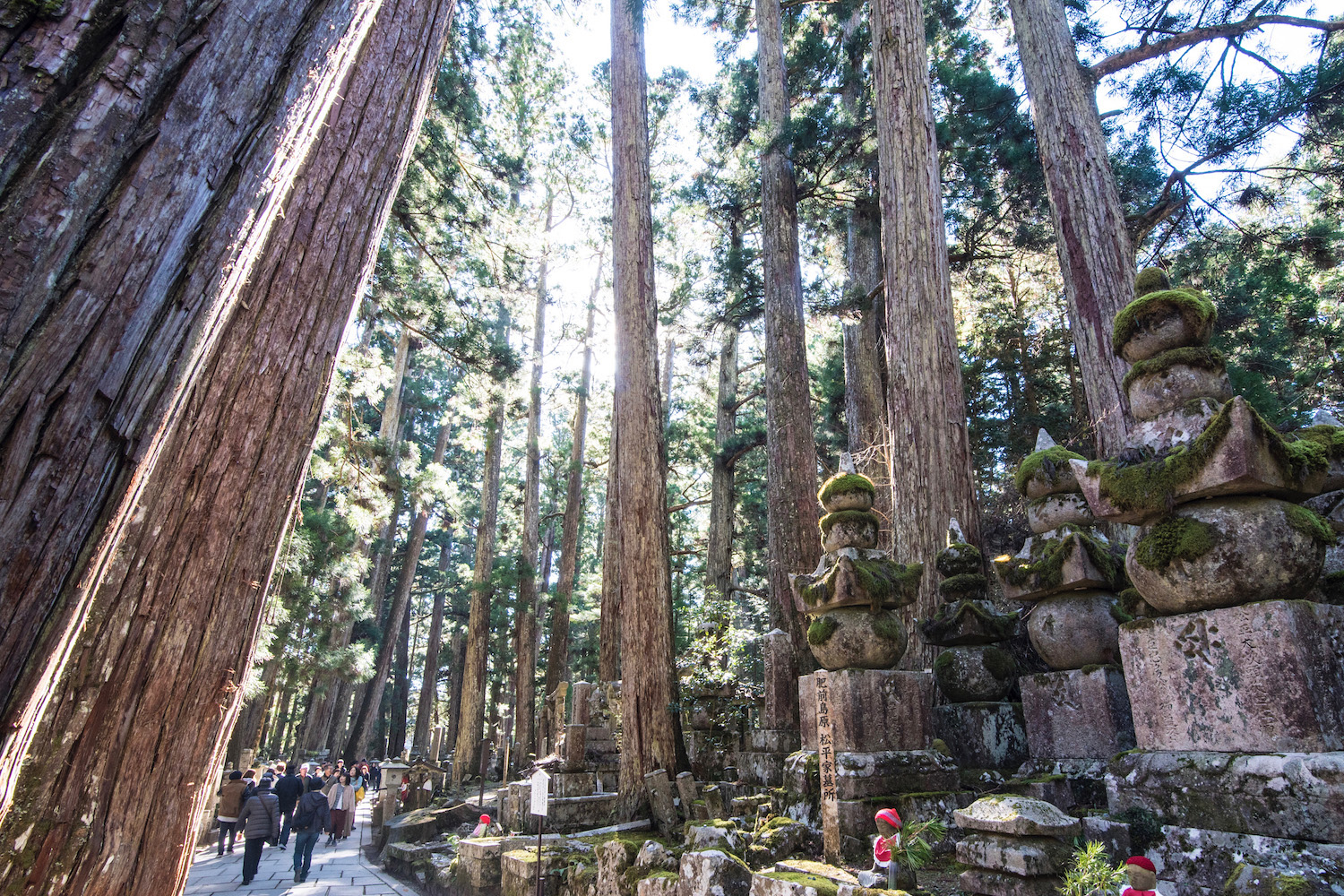 When it comes to the many choices you have for a Koyasan temple stay, Eko-in is far and away the most popular option. Some major pros include that it is only a few steps away from the geographical center of Koyasan, and the staff speaks very good English. A huge con, however, is that this is where the vast majority of travelers on group tours stay.

Which brings me to the best Shukubo Koyasan has to offer, at least for individual travelers seeking an authentic, tranquil experience: Hongaku-in. Although I could’ve done without the aforementioned monk scolding Suguru and myself for arriving late, every other part of our experience here was fabulous, from our vegan sashimi dinner, to the simple on-site onsen, to the mystical morning prayers.

If you’re looking for a Koyasan monastery stay that’s closer to Danjo Garan than to the town of Koyasan itself, Joki-in is a worthy choice. From the well-manicured on-site garden to the upscale feel, this is definitely one of the best places to stay in Koyasan. On the other hand, prices are on the high side, with nightly rates of ¥30,000 (or more) far from uncommon.

Koyasan temple stay Saizen-in shares many commonalities with Joki-in, although you’ll find it just north of Danjo Garan as opposed to just east of the temple complex. Saizen-in is also arguably even more luxurious than Saizen-in—and you will definitely pay for it. I find that both of these two choices are ideal for older couples who want to fully escape the circus Koyasan can sometimes be in the era of social media (not unlike how Kukai wanted to escape Kyoto).

Fudo-in is in a similar location to Eko-in, but unlike that popular Koyasan accommodation stay, the simple (though recently renovated) rooms here don’t tend to attract throngs of group tourists. The price of a stay at Fudo-in also tends to be on the more affordable end—two travelers can stay here with dinner and breakfast for under ¥20,000, total, most nights of the year.

What to Do Atop Mt. Koya (Besides Shukubo)

Sleeping in a Koyasan temple is fabulous, but it’s not the only game in town. Nor is Koyasan Town, charming as it may be, the only part of the mountaintop worth exploring. Assuming you hike, you’ll have to walk through the incredible Danjo Garan temple complex en route to whichever temple you’re staying at from Daimon.

Likewise, at some point during your Koyasan temple stay, you’ll want to visit Okuno-in, which you can access by bus. Kukai himself is said to be interred here, though that fact alone isn’t what makes the picturesque and atmospheric Koyasan cemetery worth visiting.

Other Things to Do in Wakayama Prefecture

Doing a Mt. Koya temple stay is magnificent, but it’s only the beginning of what to do in Wakayama. Some of my other favorite options include:

Additionally, Koyasan temples aren’t the only ones to discover in Wakayama, whether you marvel at the Kumano Nachi Taisha “waterfall temple” or visit underrated Kongobu-ji, which is also home to a tranquil rock garden. Furthermore, you can even visit Koyasan on a day trip from Osaka, if staying in a temple isn’t right for you.

Other FAQs About Koyasan

How many temples are there in Koyasan?

When it comes to a Koyasan temple stay, there are at least a dozen temples offering a shukubo experience. As far as temples in Koyasan overall, the numbers is approaching 100. This makes sense, of course, when you consider that Kukai founded this place over 1,000 years ago!

What does Koyasan mean?

Koyasan literally means Koya (高野) Mountain (山). Koya doesn’t mean anything on its own—as you may find during your Mt Koya temple stay, it is the so-called “mountain name” of the Kongobu-ji temple that sits atop it.

Where is Mount Koya in Japan?

Mt. Koya is located in Wakayama prefecture, in the southern part of Japan’s Kansai region, which is also home to Osaka and Kyoto. Note that if you want to enjoy shukubo, Koyasan is worth the trek no matter where in Japan you’re coming from!

Whether or not you take the very long hike up to the top, doing a Koyasan temple stay (also known as shukubo) is one of the most magical experiences you can have. Make sure to wake up early so that you can watch the morning prayers, and to leave time atop Mt. Koya to explore attractions such as Danjo Garan temple complex and Okuno-in, where Kukai himself is buried. Still need help planning your Koyasan adventure? Commission a custom Japan itinerary!