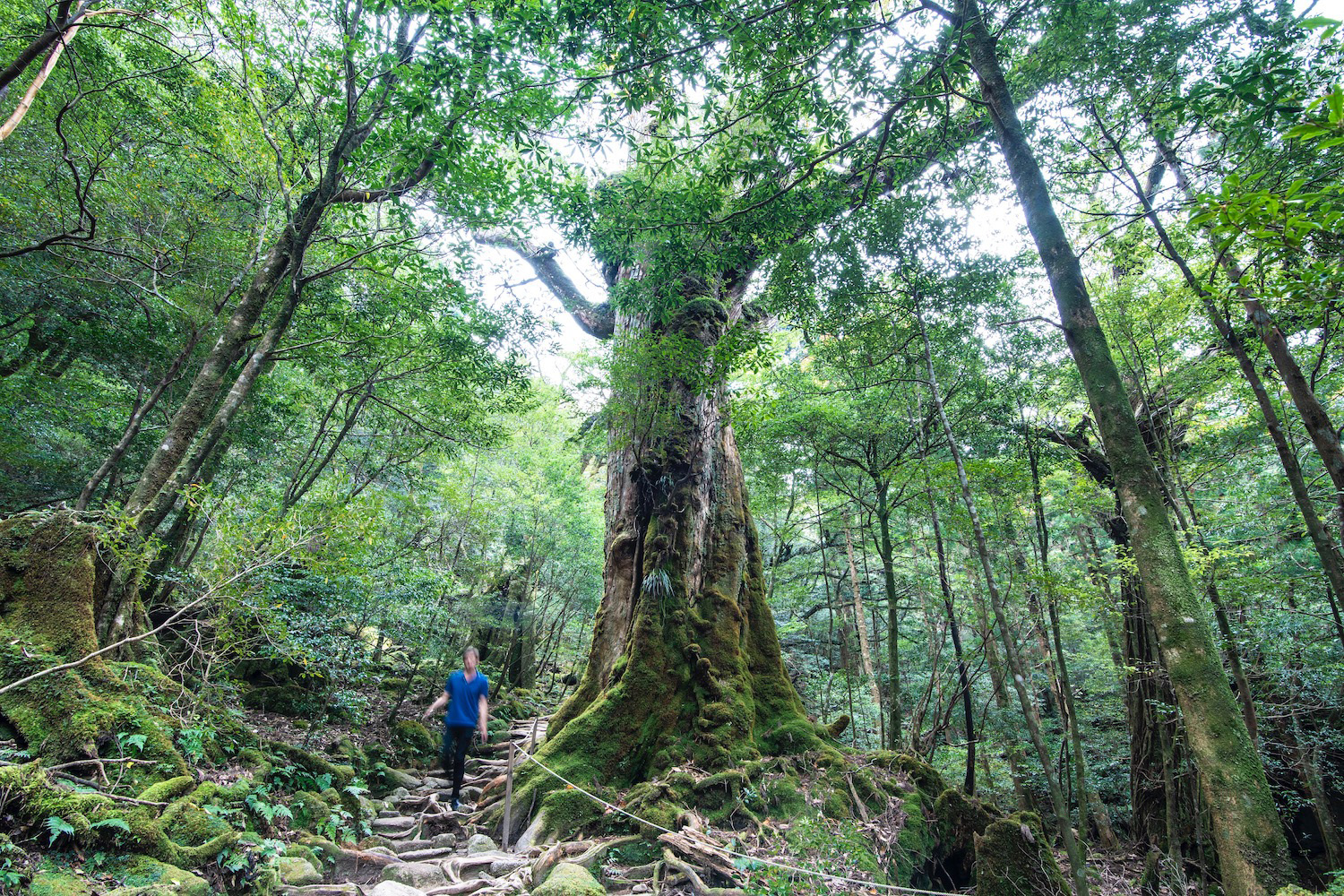 “It’s my second time to Yakushima Island, actually,” I informed the agent at Orix Rent-a-Car. I was doing my best to be polite, in spite of the fact that he’d made me wait behind two Japanese customers who arrived at the shop after I did.

Which is not to say I fully blame his racism for the mood I was in as I arrived on Yakushima, where I hadn’t previously set foot since my very first trip to Japan in early 2014. I’m always a bit irritable during my last couple days of travel, maybe because I’m afraid I’ve missed something important.

My frown had turned mostly upside down by the time I reached the parking lot of Shiratani Unsui, though there were significantly more cars (and people) than the nearly empty road winding up the mountain suggested there would be. I spotted exactly one stylish person, besides myself.

The Weakest of Shoestrings

Shiratani Unsui is famous mostly because of the fact that it inspired the scenery Princess Mononoke, an anime movie who existence I first learned of during my maiden voyage to Yakushima. The “moss-covered forest” is magical, to be sure, but after nearly three hours hiking past (and, in some cases, through) millennia-old cedars as wide as my rental car, its effect was muted, especially since this wasn’t my first time seeing it.

We’re very cynical today, aren’t we? I scolded myself, and not gently. Considering where I had been, emotionally speaking, when this Kyushu trip began , I thought I owed the environs that had played a part in my healing more respect than I was currently giving them.

On the other hand, it was not inaccurate to say that Yakushima Island seemed less impressive so far than it had in 2014, though this particular visit was young. I ended up finishing my hike around 2 PM, when most restaurants stop serving lunch, and had no choice but to eat in the cafeteria of the tourist information center. 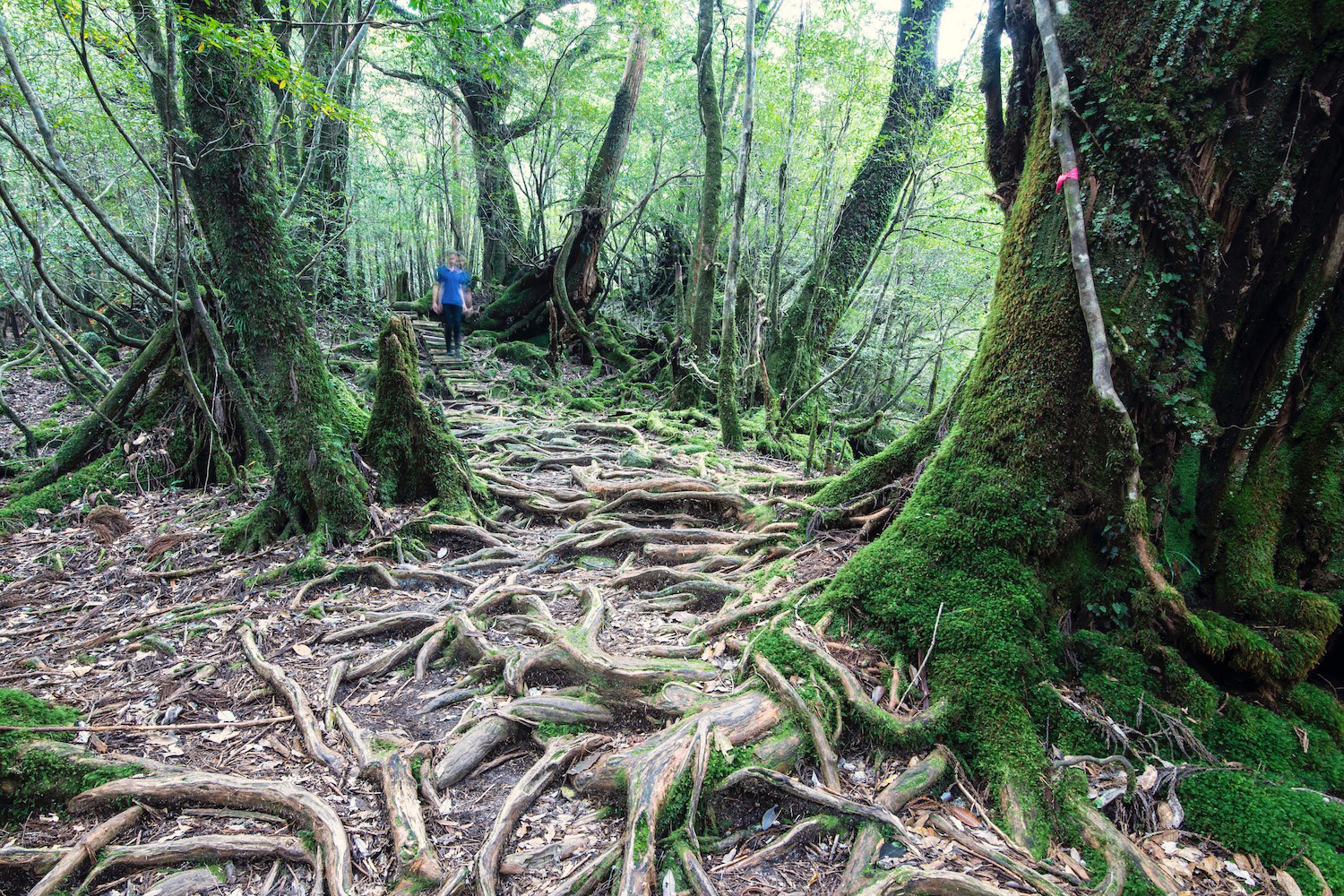 I decided to take advantage of my great wealth (as compared to last time, when I was on the weakest of shoestrings) and order tempura of flying fish, Yakushima’s most famous local delicacy. As the waitress walked away from my table, a familiar chorus broke through what had been a constant stream of J-Pop hits.

I started singing alone before I realized which song was playing, and what an appropriate (if ironic) bookend it constituted, given the dilemma I first wrote about in my Fukuoka post. “Your Love is My Drug” has always been a guilty pleasure of mine, notwithstanding my occasional enjoyment of Ke$ha herself, but the lyrics now seemed almost painful in their relevance to my life (at least my life up until about a week ago). 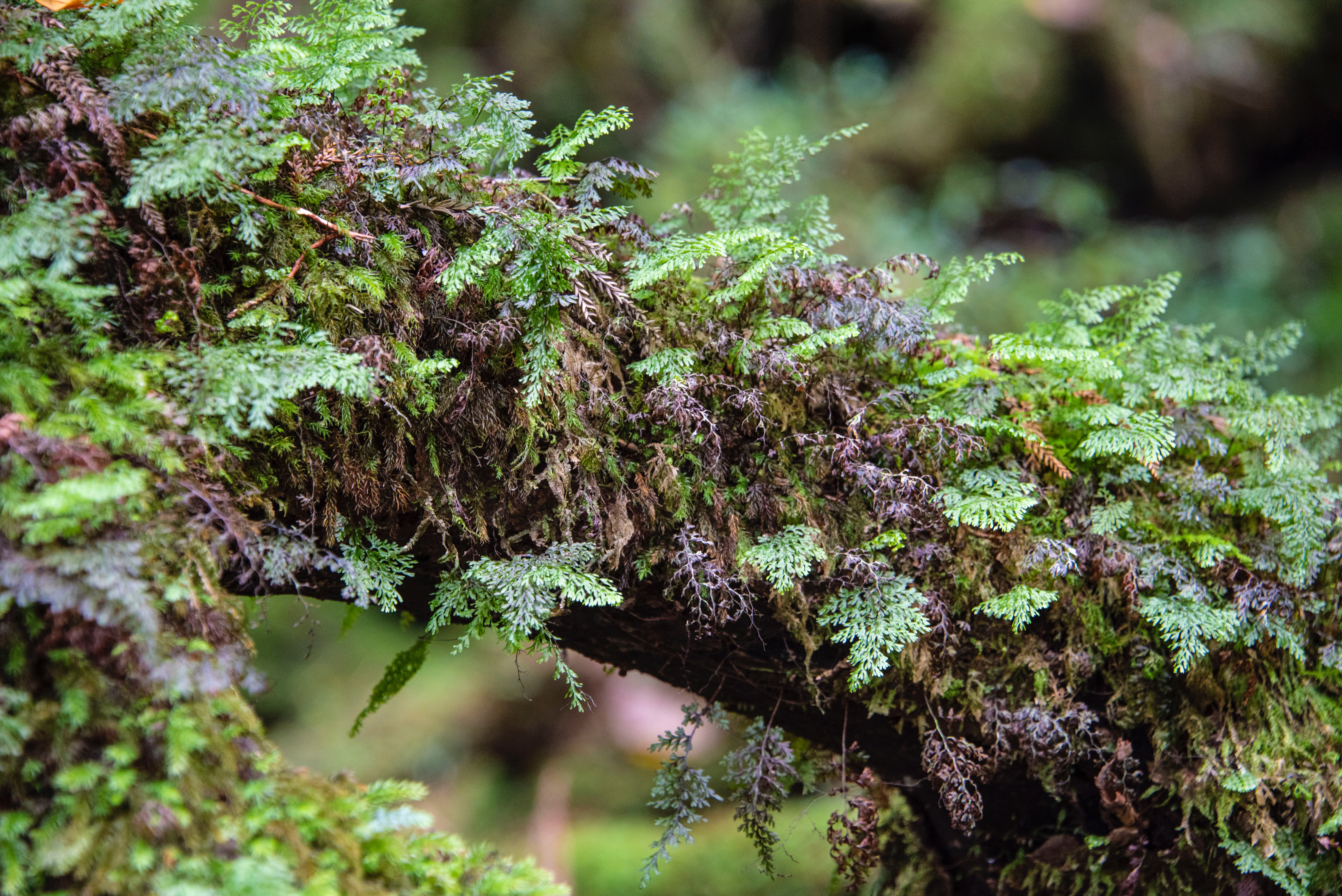 Having checked into my spartan minshuku just a minute from the tourist center by car, I began driving clockwise around the coast of Yakushima Island, bound for one (or maybe both) of two natural onsen just along the coast: Yudomari and Hirauchi Kaichu. The latter of these had appealed more to me, in theory, though I knew it would likely be inaccessible, given how many hours away low tide was.

Arriving at Hirauchi Kaichu, whose pools were indeed submerged, I thought about how perverse the production of 2010’s most underrated single was: the jubilant synths and layered vocals harmonizing in major chords disguised the truly gruesome subject matter about which Ke$ha sung. A strange old man was staring at me as I sat above a tide pool, using the waves as a footpath while I waited to see if I would be able to take a dip in the hot spring before night fell. 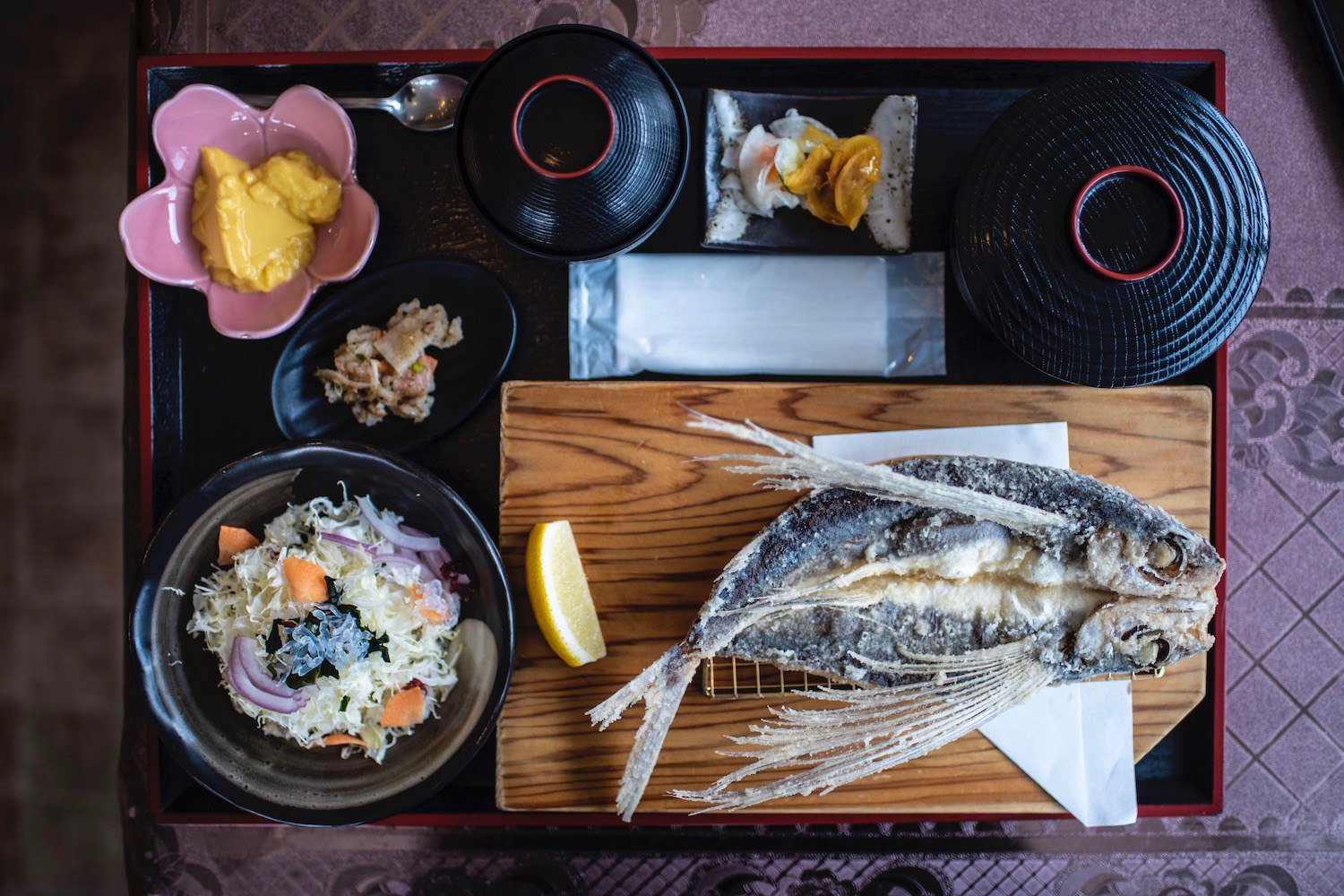 He never did stop watching me; I wasn’t able, in the end, to enjoy the onsen. And I was haunted, right up until I fell asleep, by the questions the worm now lodged in my ear raised: Would my fever stay broken after tomorrow, when he went from being two countries away to just two metro stops?

Monday morning, for its part, served as a counterexample—and not just because I took time out from my not-so-busy schedule to watch the sunrise (which I basically never do) over Yakushima Island. November 11 will forever be one of the saddest days on my calendar, especially because so many people seem to see its four ones as serendipitous: On this day in 2008, my childhood dog Penny died.

Thing is, if I’m honest, I wasn’t devastated during the early hours of the day, even as I thought intently about my best friend. Nor did I shed a tear as I circumnavigated the island just before noon, this time counterclockwise, stopping at Inakahama Beach (which is famous for sea turtles, but where there are currently none) prior to driving along a terrifying “jungle road” en route to Okho-no-Taki waterfall.

(In addition to being just one lane for the entirety of its 15-kilometer length, which winds treacherously through thick, dark forest, the road is often blocked by red-faced macaques or deer, and often both. It was a miracle that I—and all the animals, I presume—made it out unscathed.) 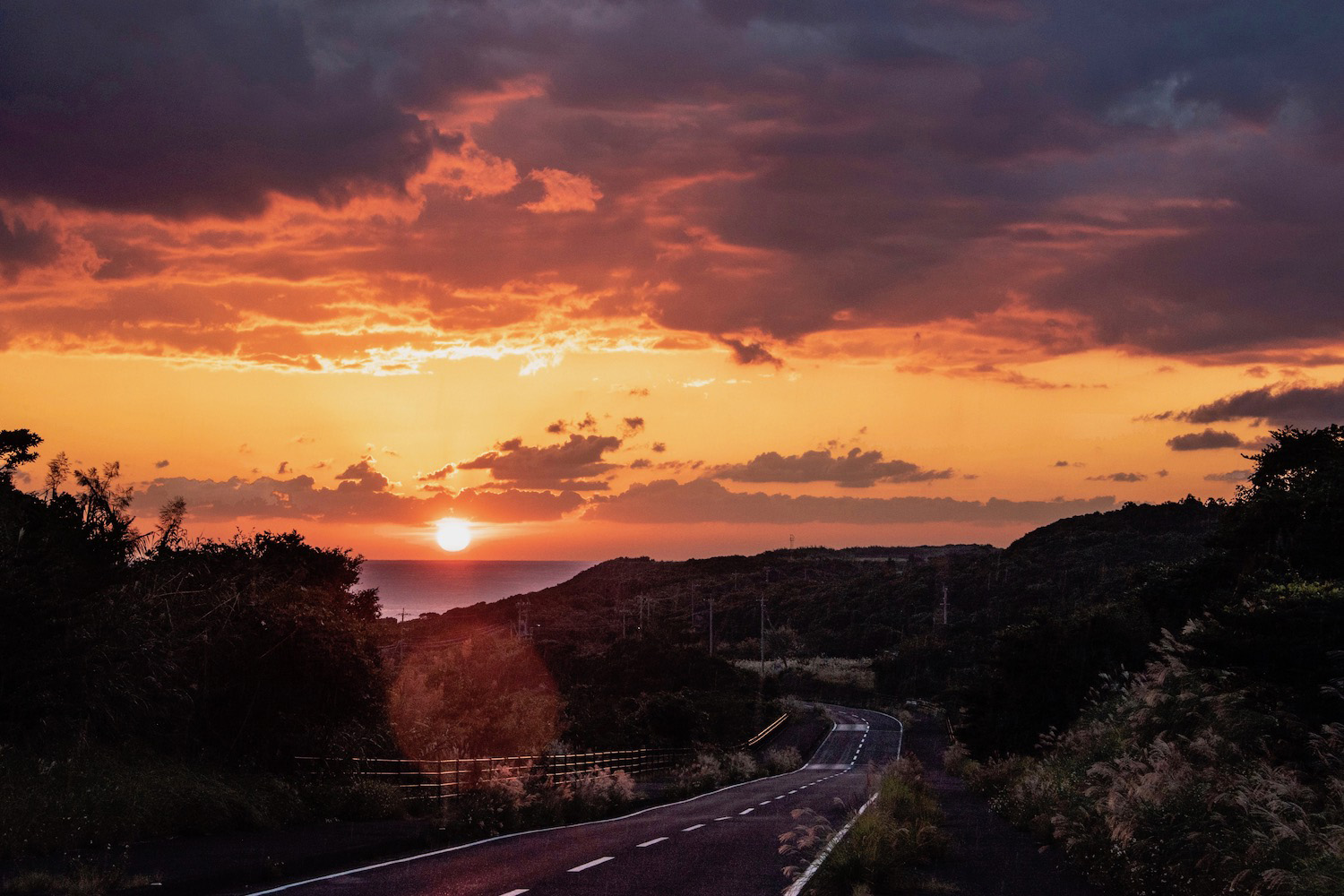 I took a deep breath as I stood before what is widely considered to be the best waterfall on Yakushima Island, a superlative I’d have to accept on its face since I wouldn’t be seeing any others. If you can get over one of the most important souls you met in your life in just over a decade, I pep-talked myself instead of scolding, you can stay over a fuckboy a full month after the last time he fucked you.

Time to Turn the Page

I returned to the restaurant at the tourist information center for lunch on Monday, both because the flying fish set had been so good on Sunday, and because most other restaurants were once again closed. Not wanting to choose a meal I’d feel compelled to photograph, I ordered the perennial classic tonkatsu.

Ke$ha’s voice was nowhere to be heard, though thinking about the song in question (which I’d since re-downloaded onto my phone) in turn made me imagine the horrifying harlots from Robert Palmer’s “Addicted to Love” video, which had flashed before my sleep-deprived eyes en route to the airport more than two weeks ago in Taipei. I was ready to go home.

I was also decidedly ready to leave Yakushima Island (and Kyushu), though I don’t say this as an insult to either. At some point, it’s just time to turn the page—I hope I can remember this the next time I feel like turning a particular one back.

Other FAQ About Visiting Yakushima Island

Do people live on Yakushima Island?

Although you could be forgiven for thinking otherwise if you simply watched “Princess Mononoke,” Yakushima Island does have some human inhabitants. Not many, though—only around 13,200 people called the island home as of 2020, and the number of shrinking. On any given day, a near-majority of people in Yakushima are tourists.

Why is the island of Yakushima so special?

There are two primary reasons that people consider Yaksuhima island special. The first relates to the towering cedars that inhabit the island—you can hike amid many of them, no matter what time of year you visit. The second relates to the anime “Princess Mononoke,” which is set amid these trees.

Is Yakushima worth visiting?

Yakushima is quite a trek from most places in Japan, and even in Kyushu, but it’s definitely worth the visiting if you’re clear about why you want to go. On the other hand, if you arrive on this extremely rural island without a plan, you may find yourself feeling restless.