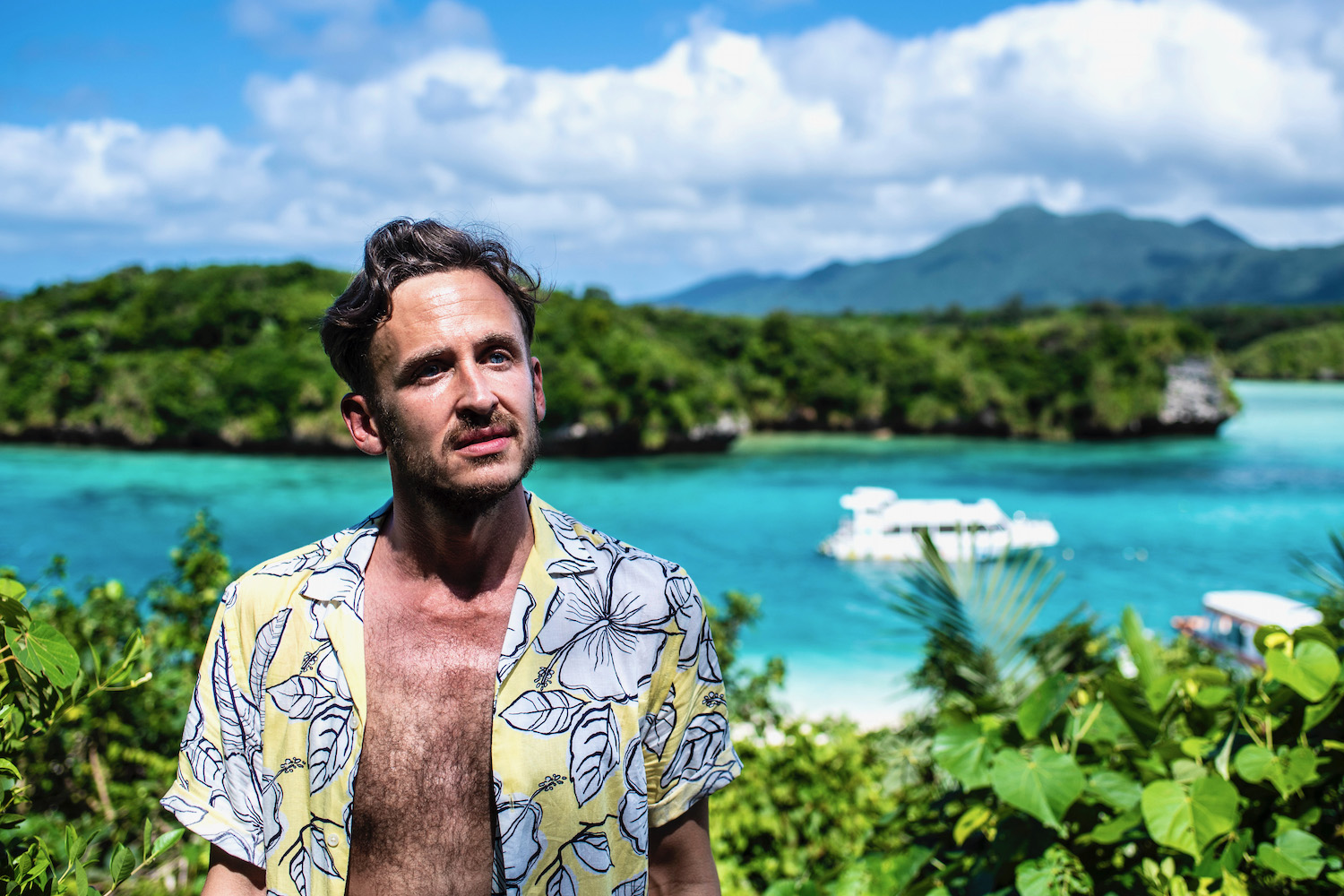 The first time I flew to Ishigaki, it was over a thick quilt of clouds that extended at least as far as the horizon. Inbound from Osaka-Kansai last Friday, a similar sort of blanket swaddled the earth below.

Back in 2018 the darkness never dissipated, not even for a second. In 2021, a more terrible year by most every other measure, they parted on both sides of the plane as it was landing, as if the Boeing jet was Moses and the kumori were the Red Sea.

Not long after, I was heading north through the emerald jungle and along the cerulean coastline. Or at least I was trying to: The asshole in front of me was obeying the speed limit—these are always comically low in Japan—and wearing a mask, inside his own car by himself, to boot.

This—the paranoia of most Japanese, and their misunderstanding of basic infectious disease science—consumed at least as much of my energy as the beauty of the sea and the sky it blended with at the horizon. In spite of gale-forced sea breezes at Tamatorizaki Observation Deck and Hirakubozaki Lighthouse, literally every person I passed had their faces covered, as if coronavirus particles were lurking in every molecule of air in Okinawa.

The great news, once I ticked these attractions of my bucket list, was that I was soon completely alone, on the road (which, for all I knew, led to nowhere) and on the island. Ishigaki seemed utterly deserted for much of the hour it took me to drive to Kabira Bay, which was anything but.

Not surprisingly, there were signs urging visitors to the beach to mask; thankfully, I didn’t have to explain my non-compliance to any of my fellow beachgoers, who were wise enough not to impose their strange religion on me.

This was merciful: Given how cold it had been the last time I was here—I’m talking freezing, literally 0°C—I deserved a peaceful afternoon at what might very well be the most beautiful beach in Japan.

I was blissful, and I was thankful: My decision to arrive earlier than planned had paid dividends. Due to the extent that trees blocked out the sun as it set to the west, shadows would’ve ruined all my photos had I stuck to my schedule. 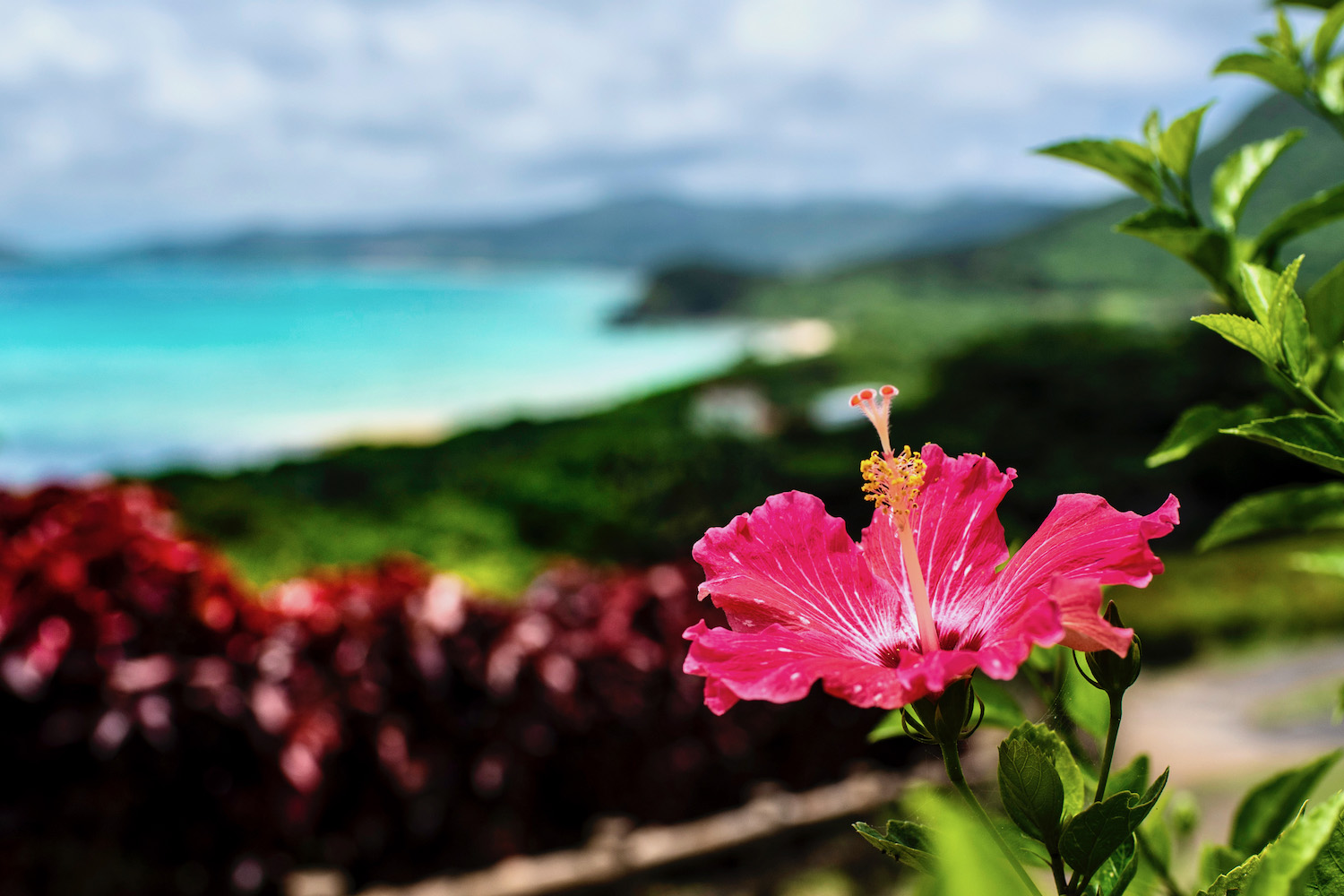 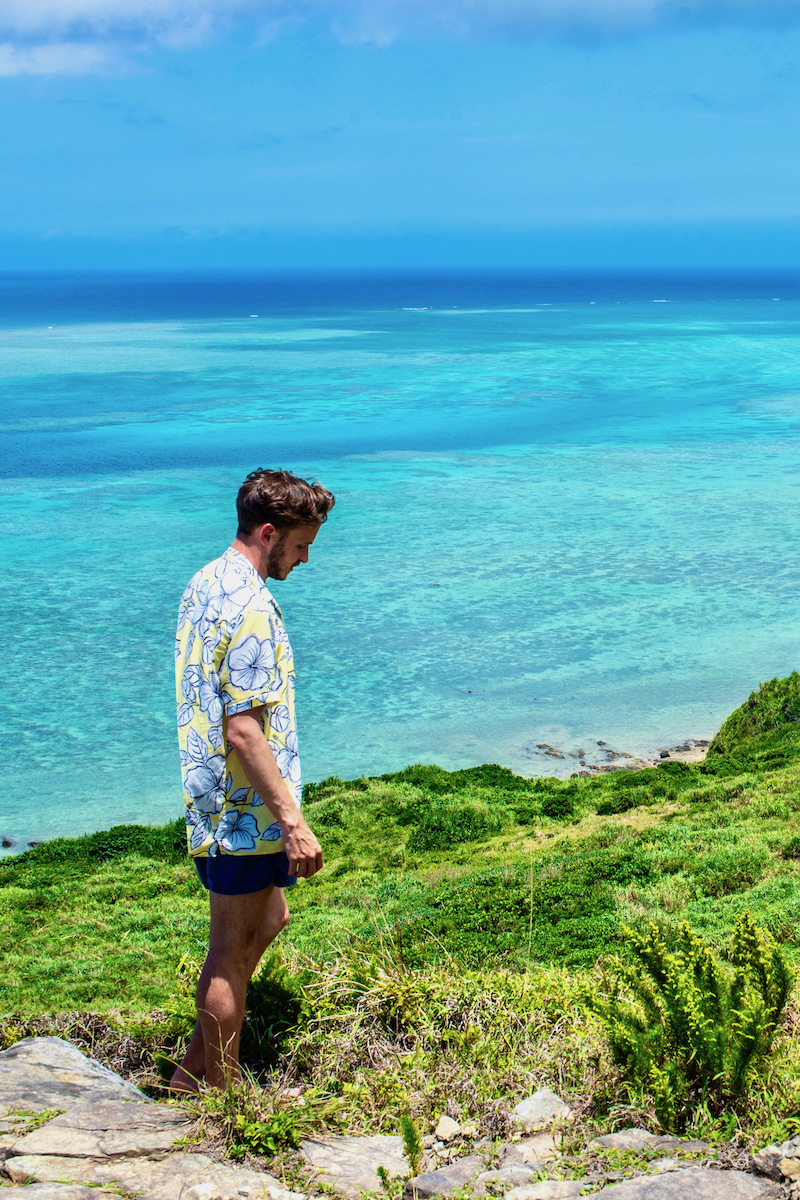 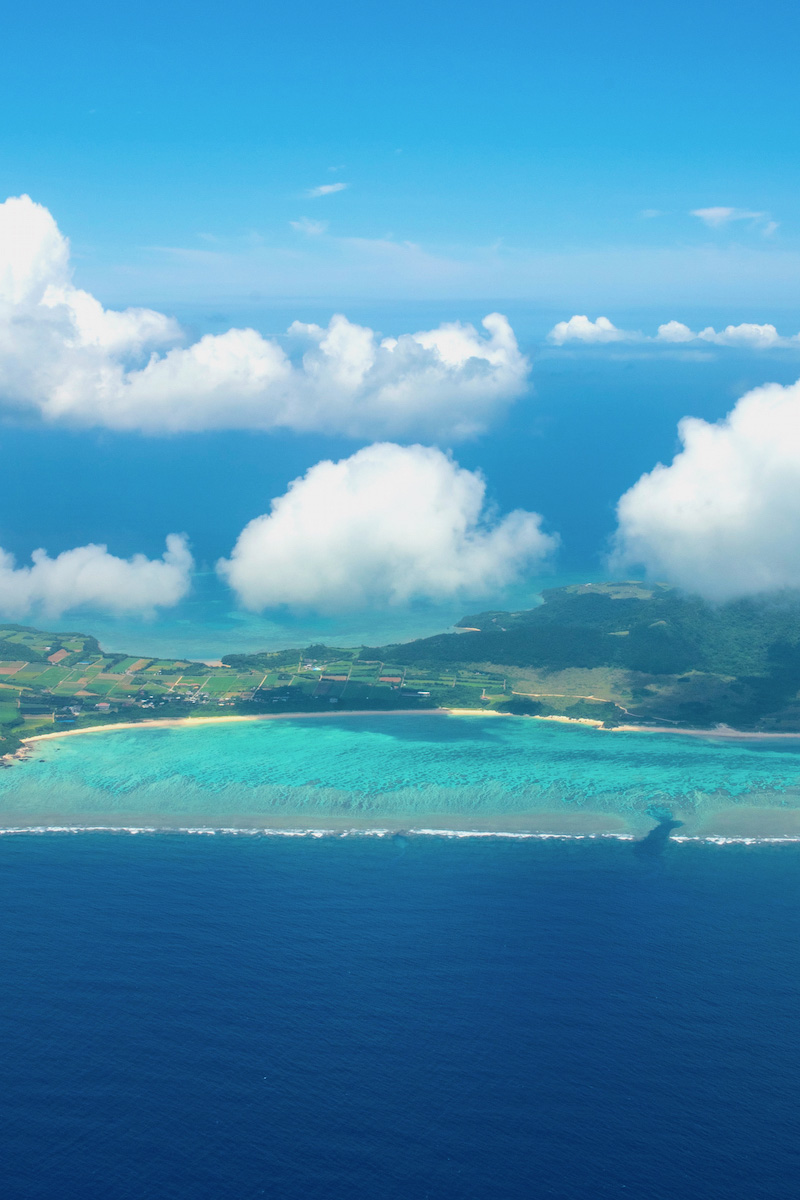 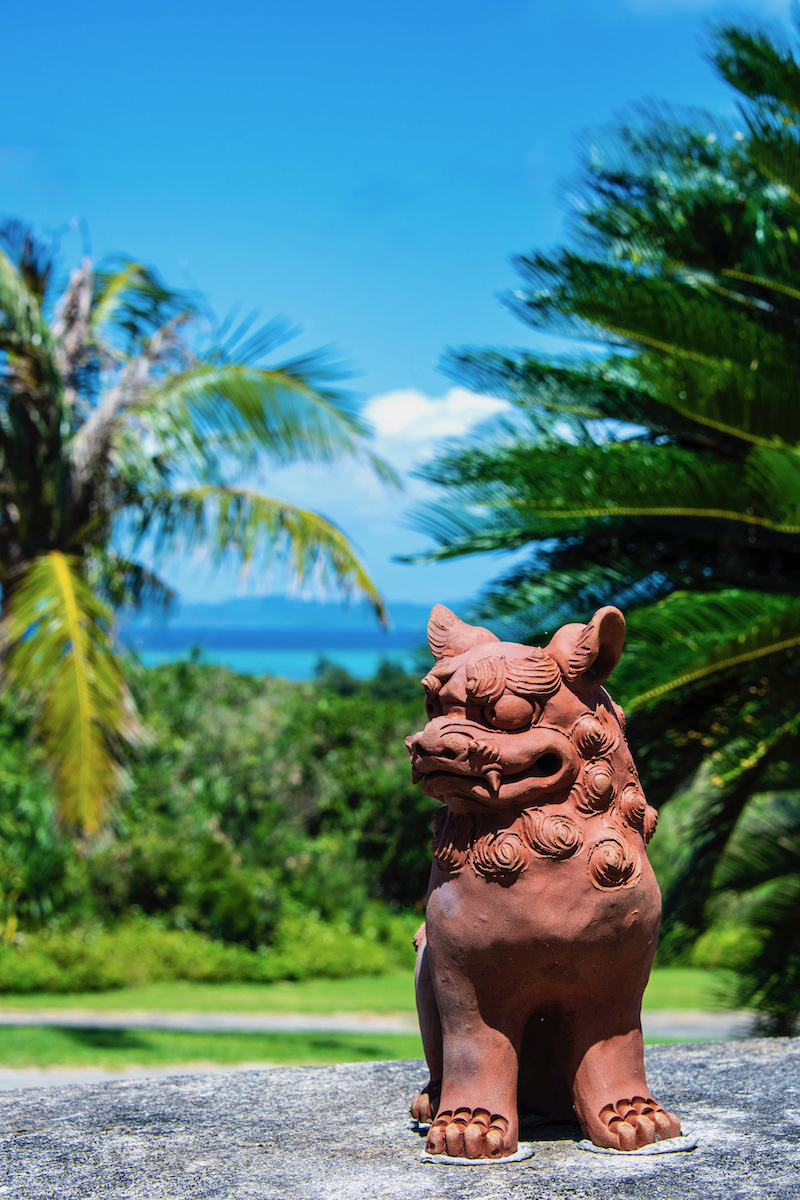 It was just as well that I checked into my hotel, the same one where I’d stayed three years earlier, several hours before I imagined I would. The sticky, sickly heat had made itself felt on my skin and in my lungs slowly, to the extent that I only realized how much it had zapped me as I sipped craft cocktails in the lobby.

The hotel only cost ¥7,500 per night—was I hallucinating the upscale bar area?

When I woke Saturday I assumed, based on the pitch darkness outside, that I had done so hours before my usual five o’clock. In fact, I had underestimated the effect my newfound southerly, westerly coordinates had had on the parameters of the day.

The good news? The sun was up in earnest by the time I arrived on Taketomi, where organ music befitting of a baseball game blared out when clocks in the deserted town struck eight, although I imagine all its residents had long since woken up.

The bad news? Although the weather was self-evidently better than it had been in 2018, the scenery largely underwhelmed.

This was true of both the west coast’s Kondoi Beach, whose water seemed less mesmerizingly colored now than it had three years ago, in spite of the clouds, and back east at Kitochi Beach, where plastic mostly outnumbered the advertised coral, even if traversing the creatures’ skeletal remains did evoke the sound of walking on wind chimes.

That, and the fact that I didn’t see a single soul during my entire last hour on the island, at least not until I arrived back at the port. It was as if I was the last man on Earth, or at least this sun-splashed segment of it. 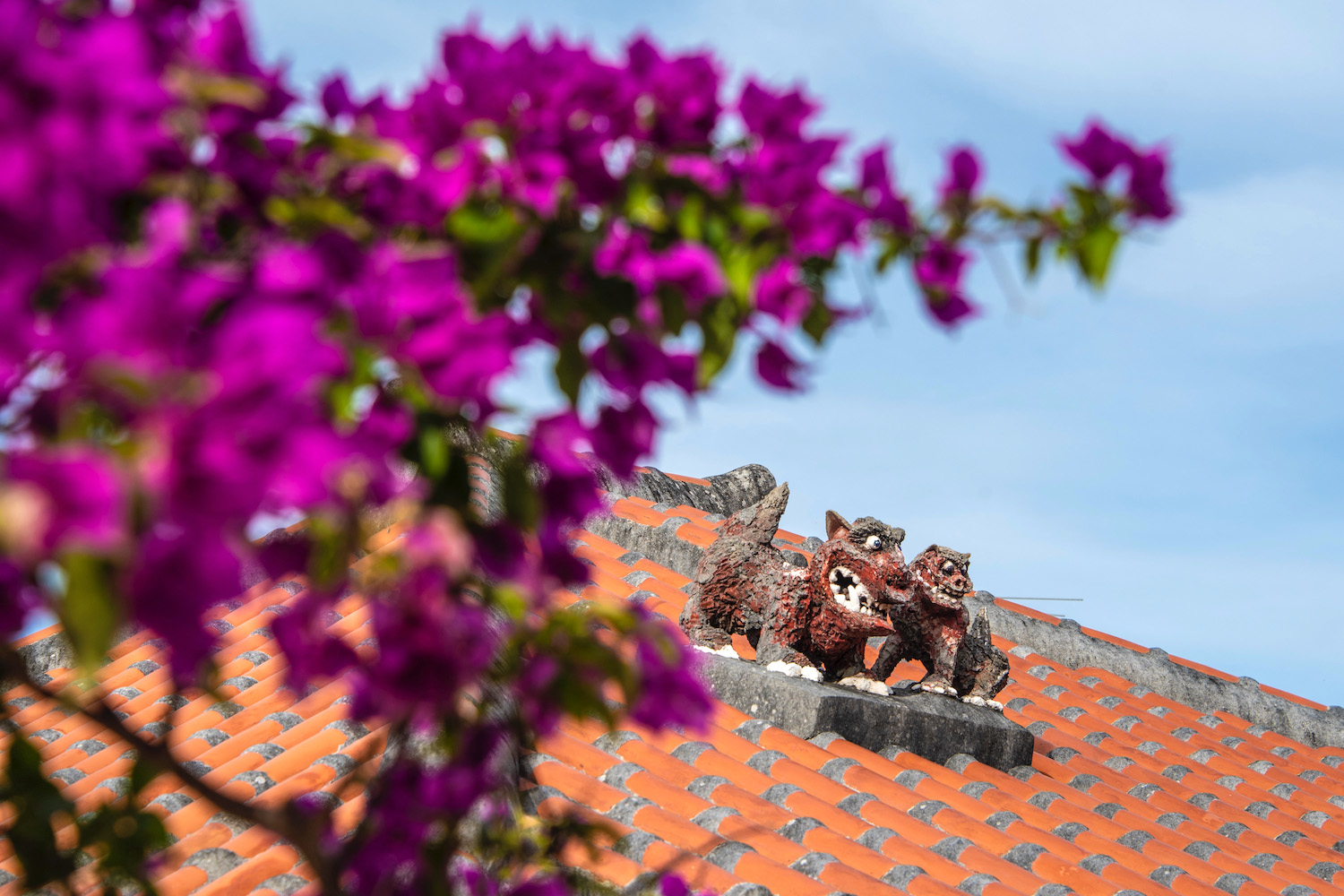 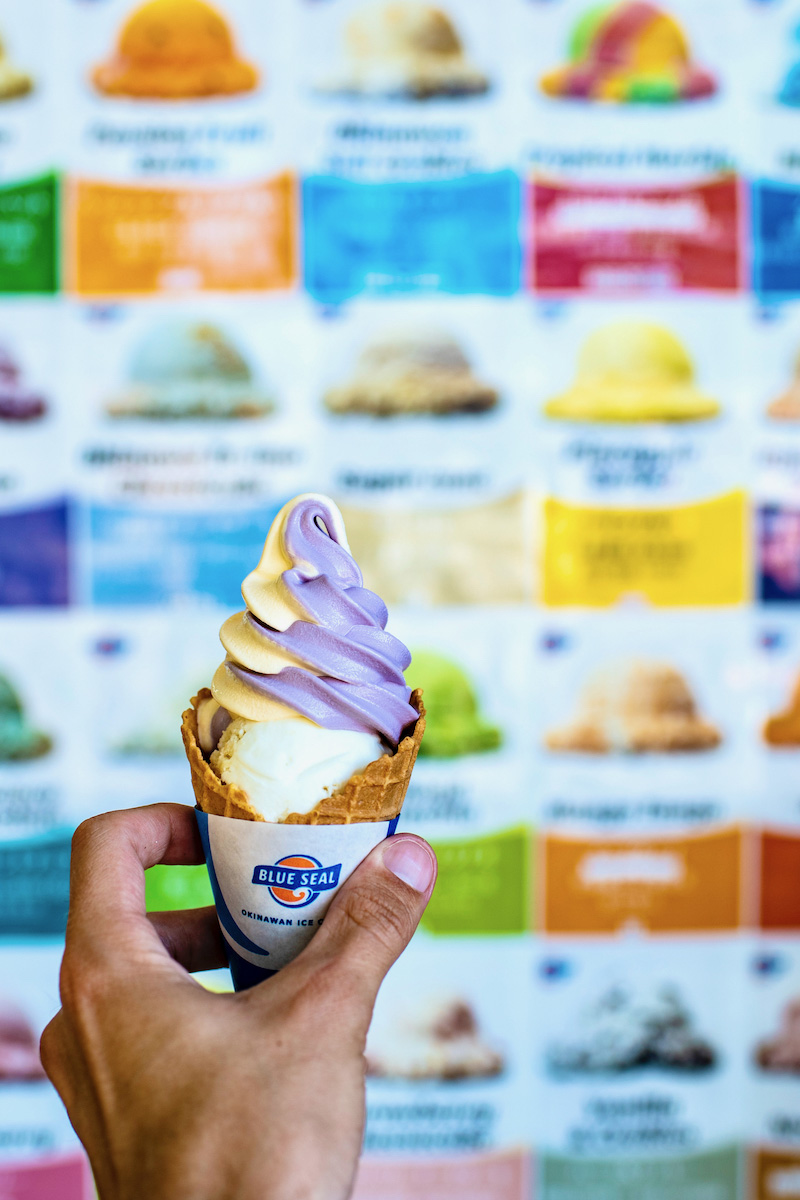 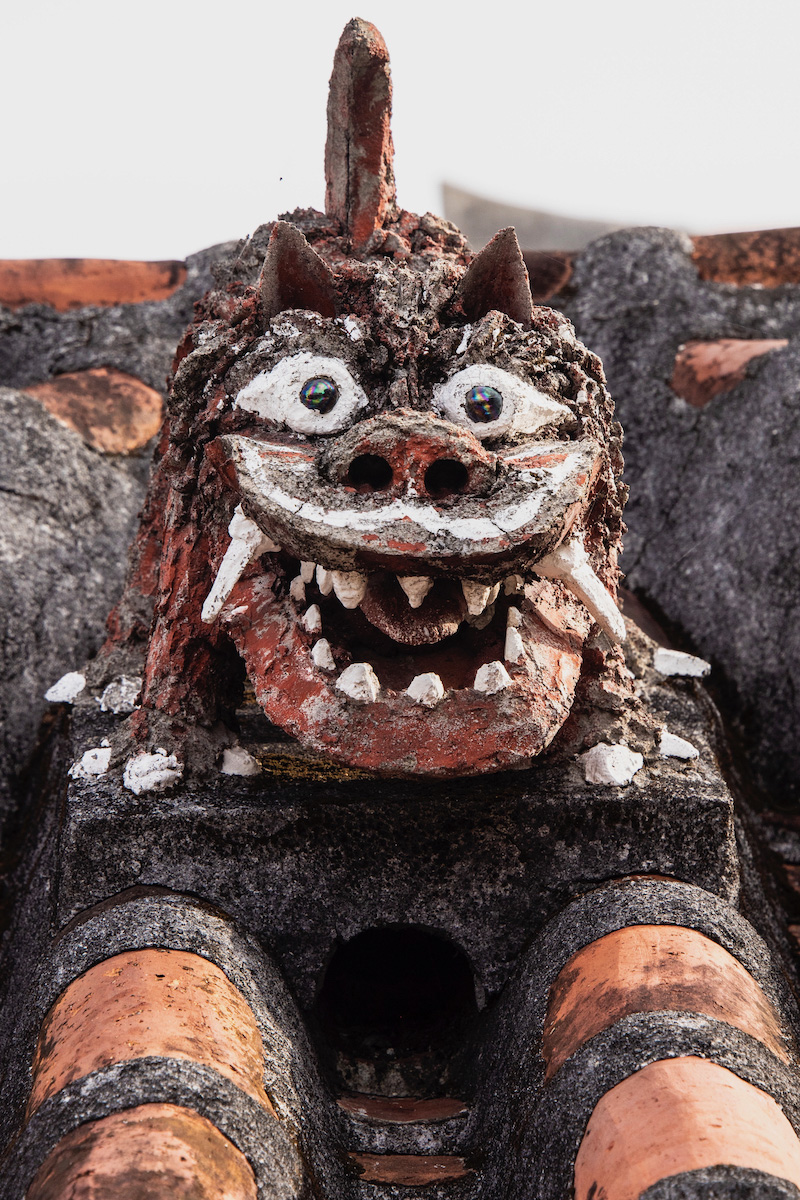 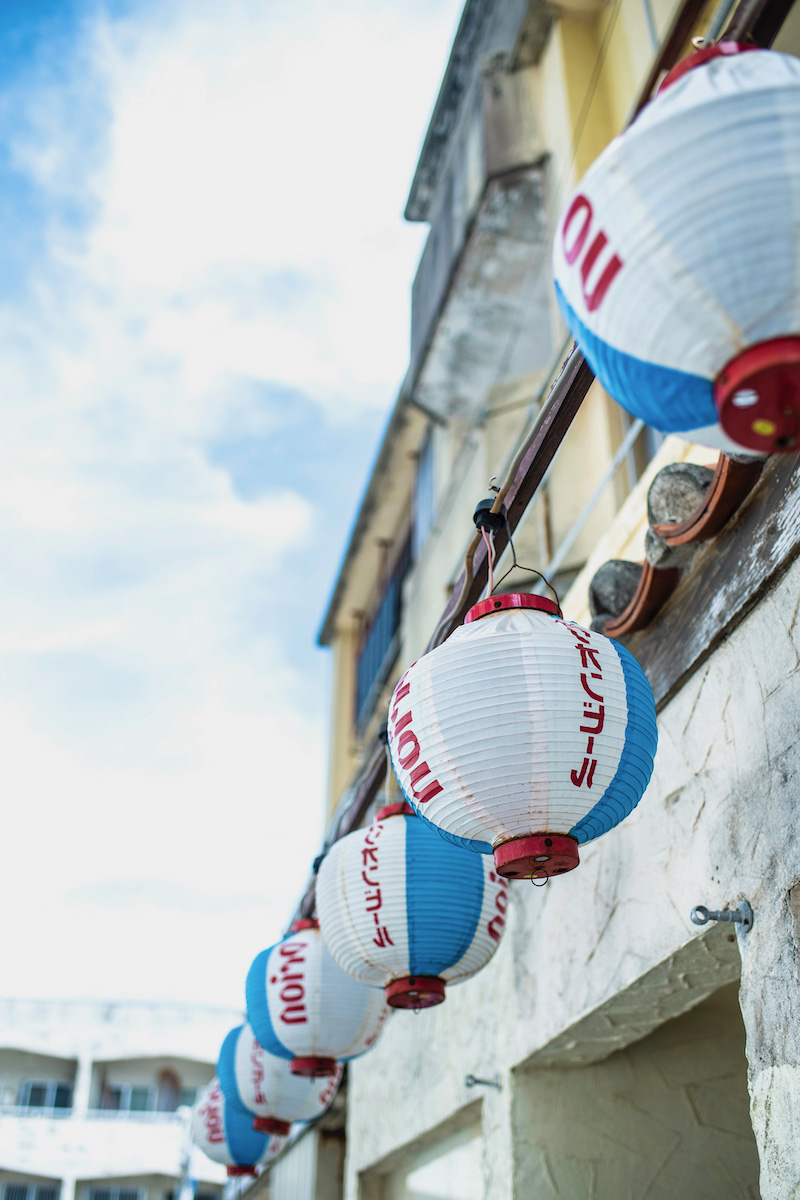 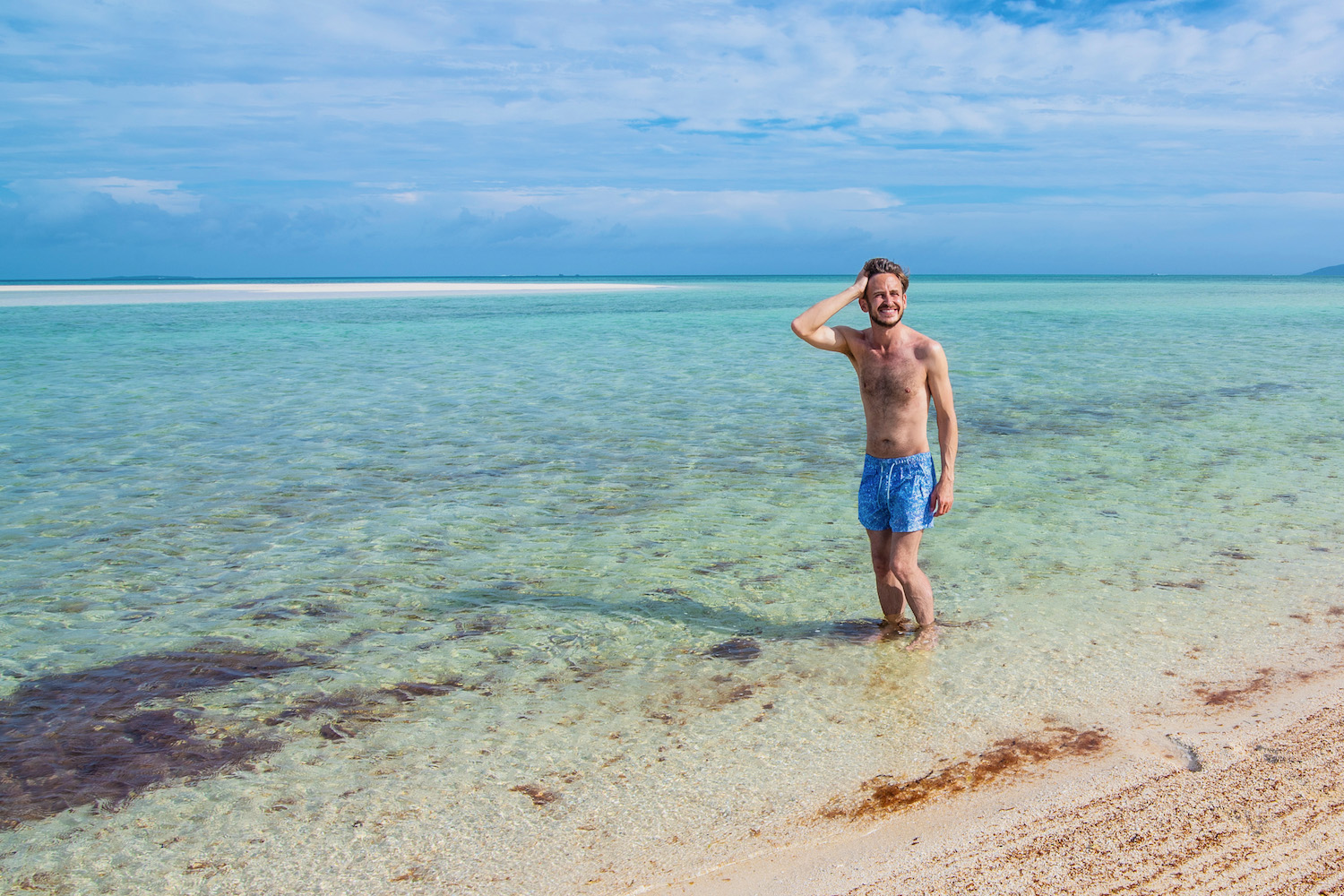 As the sped back toward Ishigaki-ko, I pondered what the end of this adventure would mean. I’d be headed back to class the next day for the first time after Golden Week, an event horizon that would begin the proverbial home stretch of my short expatriation in Japan.

The last time I’d come to Okinawa, from Taiwan in September 2019, my trip had heralded a recession of freedom—first in my personal life, as a result of an on-again, off again relationship with a narcissistic fuckboy; and then in the world at large, with the export of SARS-CoV-2 (and then China’s authoritarian way of dealing with it) from Wuhan.

With trepidation and despair but also hope, I wondered: Could this sojourn have catalyzed the dawn an opposite reality, a freer future? The reflection of the nearing port in the glittering sea surface helped me visualize my daydream: In an instant, I knew what a mirror image of this paradigm would look like.

Now, I just have to see if the tables turn—and if the masks come off.

Other FAQ About Visiting Ishigaki

Is Ishigaki worth visiting?

Ishigaki is definitely worth visiting, particularly if you already plan to be in Okinawa. The scenery, culture and cuisine are subtly different from Okinawa’s main island, and certainly enough to justify the additional travel time. On the other hand, if you’re only spending a couple of weeks in mainland Japan, I’m not sure I recommend flying all the way to Ishigaki.

What is Ishigaki known for?

Ishigaki is known for the stunning beach at Kabira Bay, for Yaeyama culinary and cultural traditions unique to its island group and for being a less-visited alternative to Okinawa’s more popular main island—among Japanese, this is. Among foreigners, it really isn’t very well-known at all.

How do you get around Ishigaki?

Although a limited number of public buses run along a relatively simple route around Ishigaki island, the best way to get around is definitely to rent a car. This will allow you to visit all of Ishigaki’s destinations on your own time, and without having to consult cumbersome public transport schedules, which are almost exclusively all in Japanese.