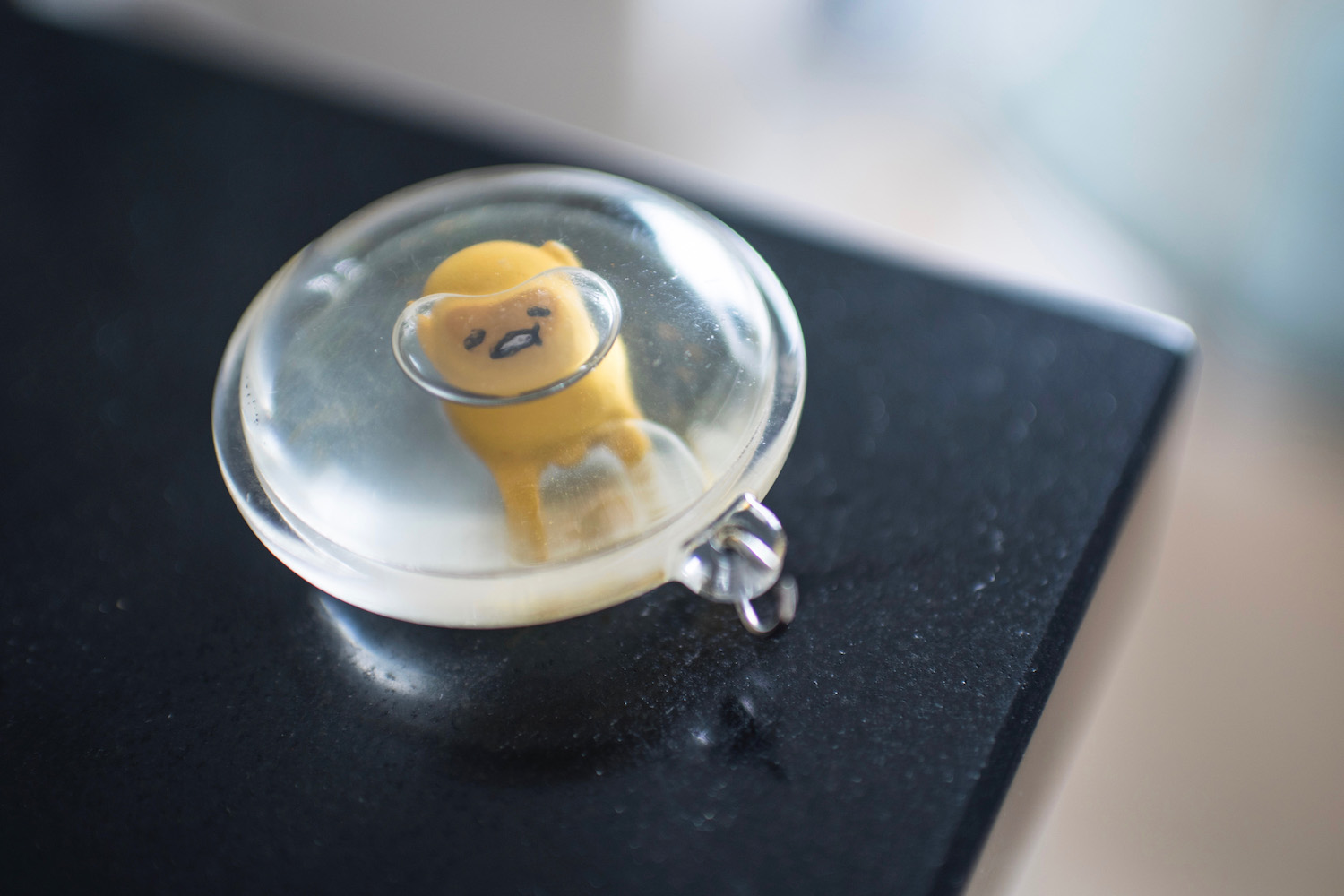 Japan’s infamous “lazy egg” is perhaps my favorite character in the world right now, but finding Gudetama in Japan has proven more difficult than I imagined it would. I assumed, for example, that when the SkyTrain in my home city of Bangkok ran a massive Gudetama campaign last year, it would pale in comparison to Gudetama’s visibility in Japan—not so, unfortunately, at least not now.

Continue reading to learn more, whether you’re asking yourself fundamental questions such as “what is Gudetama?” or how to find the Gudetama store Tokyo, like me, you want to know where in Japan you actually can find Gudetama on your next trip there.

On a baseline level, the simplest way to address this question is to explore the issue of what does Gudetama mean. Gude is an adjective that means “lazy,” while tama is short for tamago or “egg.” Gudetama is the “lazy egg,” quite literally speaking.

As far as what Gudetama is, in a figurative sense? It’s a cultural phenomenon! From the Gudetama Japan attractions I’m about to spotlight below, to the character’s large social media following and the variety of memes, merchandise and intangible ubiquity it’s generated, Gudetama seems destined for a level of fame not seen since Hello Kitty.

Want to have a coffee with Gudetama in Tokyo? While this poor egg would scramble in seconds when actually placed near a cup of any steaming liquid, the Gudetama Cafe in Ikebukuro is a perfect spot to enjoy a lazy afternoon, although the other Gudetama Tokyo tourism option nearby is decidedly more motile in nature.

The Hello Kitty train that operates westbound Shinkansen routes from Osaka has taken up most of the oxygen surrounding character transport in Japan lately, but there is also a Gudetama train. Specifically, select services from Ikebukuro Station on the private Seibu Railway feature Gudetama theming—laze with Gudetama on the go!

Tokyo’s is not the only Gudetama cafe in Japan, however. You’ll also find a Gudetama Café in Osaka, located only a short walk from Umeda Station. While the decor and menu are rather similar to what you find farther to the east, this location saves Kansai dwellers the train trip to Tokyo, which is great if you’re as lazy as Gudetama is.

While Gudetama McDonald’s offerings are seasonal and fleeting (which is somewhat ironic, given how slow the lazy egg itself tends to be to move), you can sometimes find Gudetama toys in Japanese Happy Meals, and images of Gudetama in advertisements at restaurants, online and in print. No word whether lazy eggs are actually used in McDonald’s food in Japan.

Most people go to Sanrio Puroland in Tama (funny coincidence, right?), Tokyo for the Hello Kitty experience, but you’ll also find a section of the park known as Gudetama Land. Here, you’ll not only be able to pose for pictures with your favorite lazy egg, you’ll find Gudetama games and the “Gudesushi” restaurant, whose offering of course include tamago rolls.

Gudetama’s not as universally famous as Hello Kitty, but it’s still a cash cow for Sanrio. This is evident by the fact that Gudetama features prominently at Sanrio Shop in Japan. Most notably, there’s a whole exhibit devoted to Gudetama at Sanrio World Ginza, to say nothing of lazy egg merchandise at Sanrio shops in Omotesando, Tokyo and other Japanese cities like Kobe and Fukuoka.

You should always be on the lookout for a Gudetama store Japan, even when it comes to items that aren’t on this list. And why, might you ask? Although Gudetama is infamous for how lazy it is, there are a growing number of pop-up Gudetama shops, cafés and other appearances that could surprise you on the next trip to Japan. Keep your eyes peeled, or your shell cracked as it were.

Gudetama Outside of Japan

If you’re looking for Gudetama Singapore attractions, you’re in luck: The city is home to its own Gudetama Café! Located in the CBD near popular attractions such as the Merlion Statue, Raffles Hotel and Gardens by the Bay, Singapore’s Gudetama café is convenient, though as a result of this can often get crowded.

Elsewhere in Southeast Asia, Gudetama can be harder to find. For example, while it was rumored in 2017 that a Gudetama Bangkok café would open (around the time of the aforementioned campaign for the BTS SkyTrain, this has so far not materialized. When it comes to Gudetama Philippines, on the other hand, an EVA Air Airbus A321 used to fly between Taipei and Cebu, though has seen been discontinued.

Other FAQ About Gudetama in Japan

Is Gudetama popular in Japan?

Gudetama is extremely popular in Japan. It’s common to see Gudetama toys and other paraphernalia being sold in convenience stores and department stores, on people’s clothings and bags and of course, in specialty shops and cafés throughout Japan.

Is Gudetama from Japan?

Gudetama was developed by Sanrio, a company that originated in Yamanashi prefecture, Japan. Note that in spite of this, Gudetama remains popular all over the world. It doesn’t belong to any one country, at least not in terms of its lazy spirit.

Where is Gudetama cafe in Japan?

If you’re searching for Gudetama in Japan, there’s good news and there’s bad news. The good news is that physical locations bearing Gudetama’s likeness do exist, from character cafés, to theme parks, to the Gudetama shop Tokyo, to public transport. The bad news is that Gudetama Japan is not as ubiquitous as other Sanrio characters like Hello Kitty, at least not at the moment. Which makes sense, when you think about it—Gudetama is lazy above all else.