I’m not sure where my mind was when I boarded the bus in Sakaiminato yesterday morning, but Matsue Castle wasn’t it. So foggy was my consciousness (and my allergy-stricken eyes) after my weekend in the Oki Islands that I crossed the Eshima Ohashi Bridge without even realizing it.

This was unfortunate—the time I’d allotted to Matsue sightseeing wouldn’t permit backtracking—but somewhat prophetic. Though I didn’t realize that when I arrived to Matsue Station under mostly cloudy skies.

At that moment, I assumed my long-held plan (to arrive to the castle around 4 pm, which would give me plenty of time to explore its surrounding Samurai district before watching the sun sink into Lake Shinji) was still feasible.

Between Ohayo and Konnichiwa

It wasn’t, but I’ll talk more about why in a second. It was mostly cloudy when I arrived to Matsue, so I headed to Kamosu Shrine, which a Belgian-French couple at dinner the night before had recommended to me. 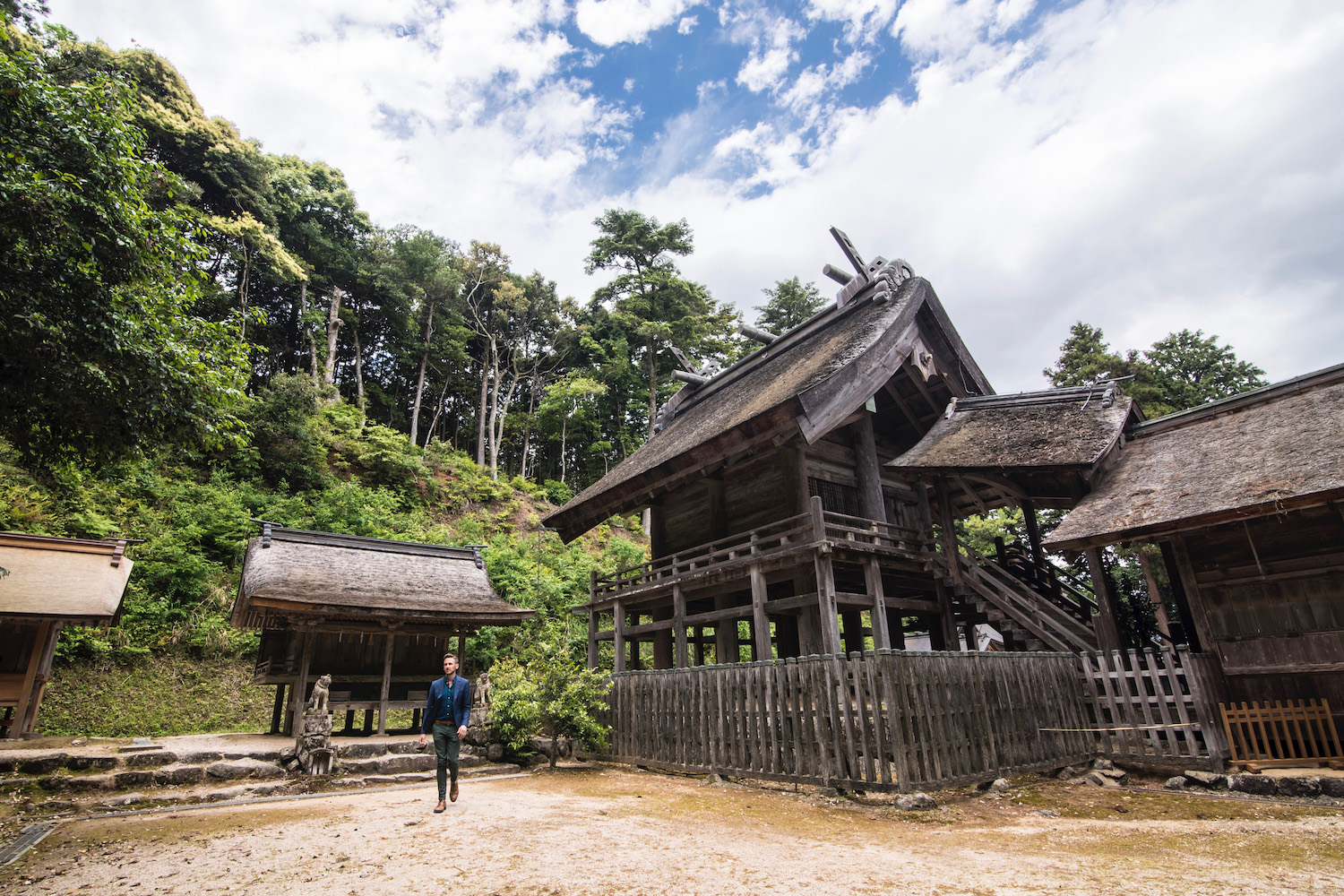 The man, whose passion when talking about Japan was, I suspect, slightly greater than his expertise, mentioned that while this taisha was significantly less famous than its cousin in Izumo (where I’ll be heading tomorrow), it was actually older and more significant in some way. Which way I don’t remember, I suspect because of how much nihon-shu I’d consumed, and not his expertise. But I digress.

The shrine was located about 30 minutes south of the station by bus, so far outside the center of the relatively small city that Matsue Castle was completely imperceptible from there. The stilted main building of the shrine was indeed impressive, though I personally found the bucolic community in which the building resided to be more fascinating. Every one of the Japanese high schoolers that passed me as I walked along the flooded rice paddies to which their neighbors tended greeted me with a phrase that was somewhere between “Ohayo” and “Konnichiwa” in its cadence. 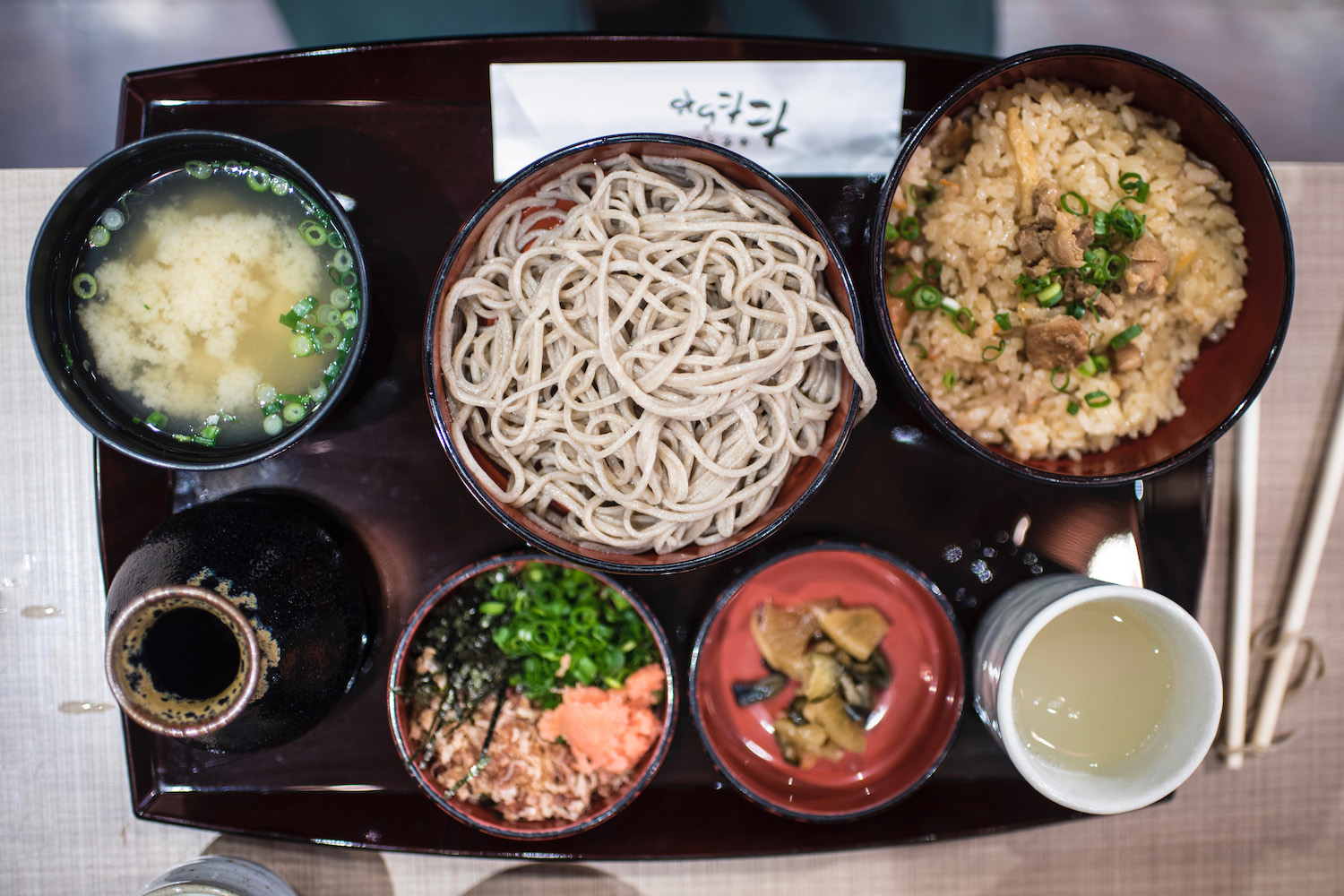 The sky was even cloudier by the time I arrived back to Matsue Station, where I sat down for a set lunch of soba made with local buckwheat, flavorful seasoned chicken rice and miso soup with about a dozen small clams from Lake Shinji lurking at the bottom. I wished it down with several glasses of a dry sake the restaurant owner had recommended, having conceded by the time I paid my tab that I was going to have to re-adjust my schedule.

When Sunny Gets Blue

Which is not to say I didn’t try. After checking in to my hotel (an hour before I should’ve been able to—sake not only makes me accept the truth, but helps me persuade others to see mine as theirs), I packed my backpack full of camera gear as I would’ve if there weren’t a single cloud in the sky. 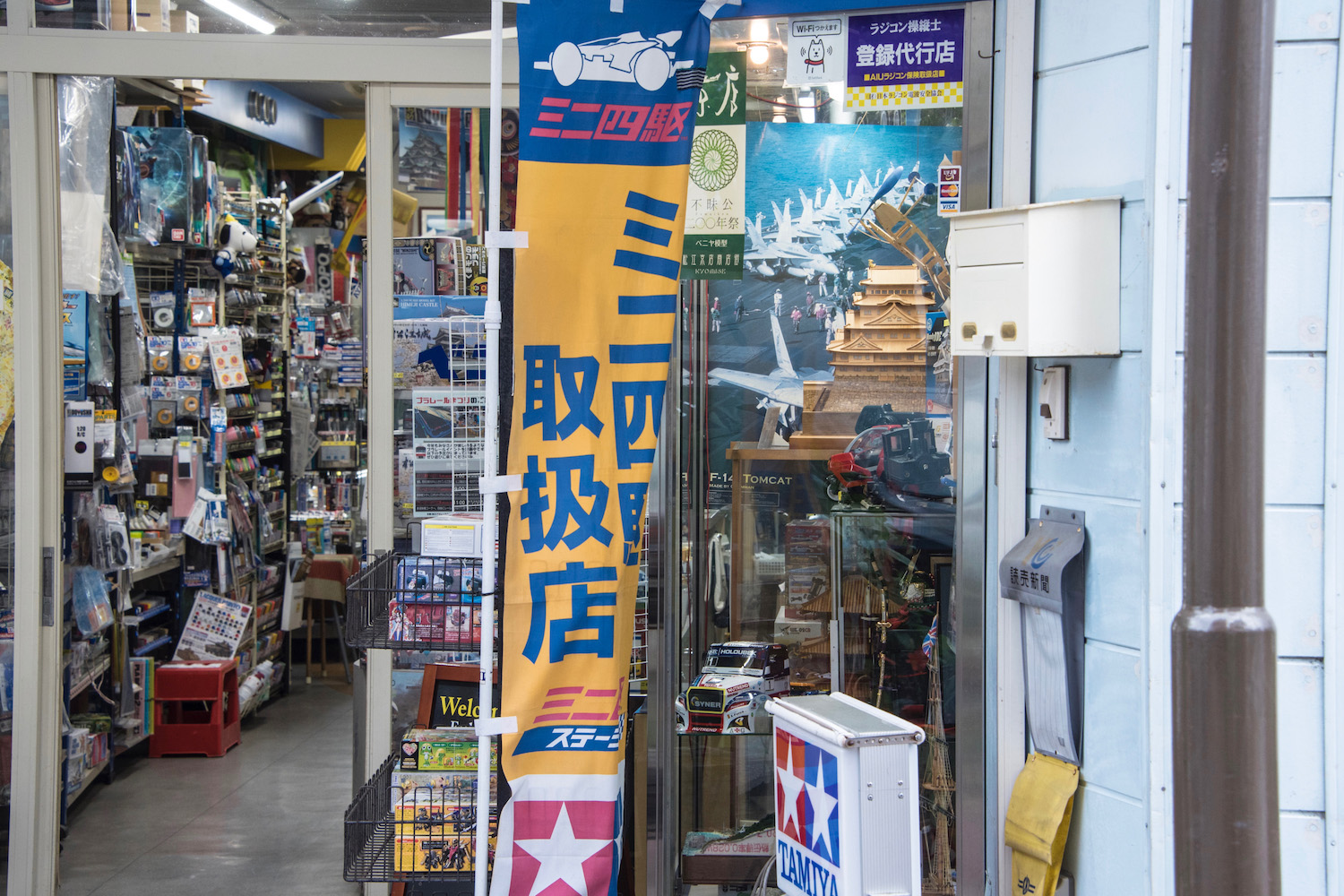 Although I could clear see the white (and, toward the horizon, dark grey) sky out my window, I ignored the other ominous signs that flashed around me as I headed in the general direction of Matsue Castle.

This was easy when a jazzy muzak version of “Killing Me Softly” played in the elevator. It became harder when the studio version of “When Sunny Gets Blue” blared from an empty patio cafe you could probably see from its 17th century keep, right as the drizzle turned to pouring rain no less. 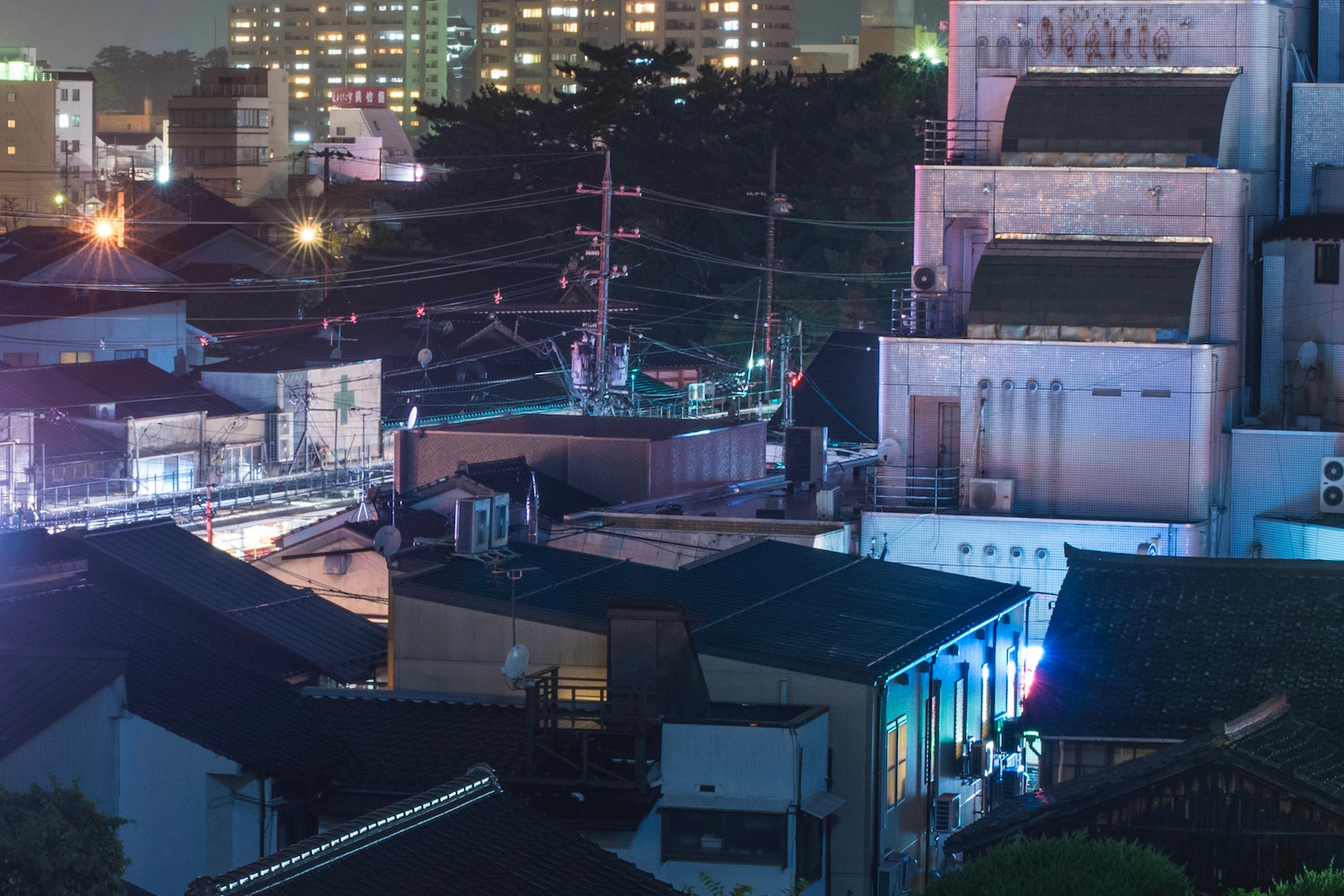 Moments before my hair would’ve become matted to my forehead, I ducked into the nearest bus shelter, and rode the next departure back to my hotel, which thankfully had what was more or less a dedicated stop. I watched intently out the window as the grey sky darkened, but didn’t see a single patch of blue—before I knew it everything was black, apart from Matsue’s humbly-lit cityscape, and the castle in the distance.

Today I awoke promptly at 5 to a cerulean sky with the perfect proportion of clouds, and after a run that didn’t last a second longer than 30 minutes, headed toward Matsue Castle as I’d planned to do the night before. I felt euphoric as the sun emerged to the east, behind the fleeing storm clouds of yesterday, casting golden light on the fluffy cumulonimbus floating in from the west. 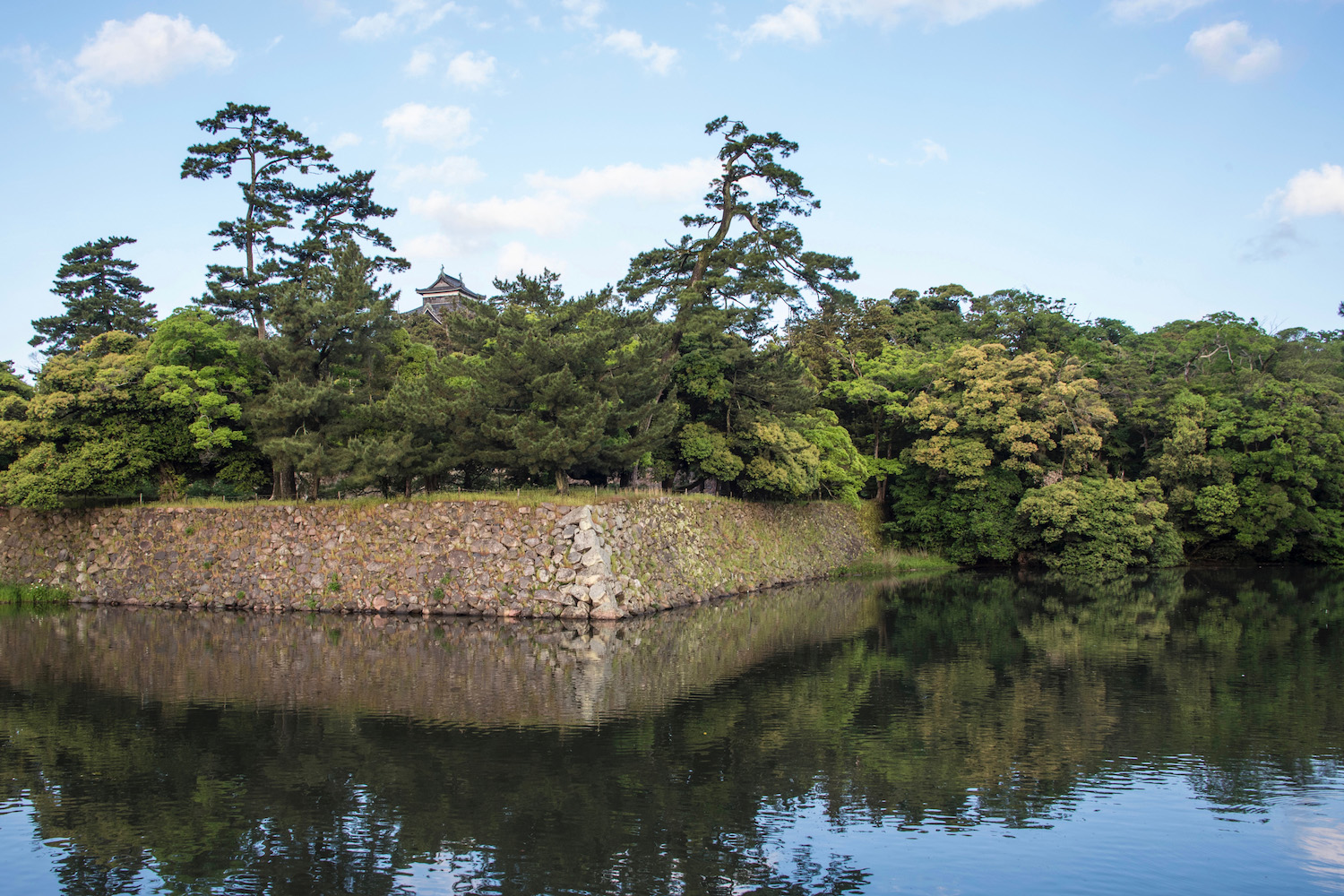 The only people I encountered strolling amid the Samurai houses of Shiomi Nawate were locals walking their dogs before work. Still shy of 6, it was far too early for any boatmen to be offering trips through Horikawa Moat, whose waters were still so calm they looked like an actual mirror.

The inner grounds were still closed, of course, so I had to be even more creative than usual when it come to my photography. I ascended the rusting staircase of a parking garage just south of Matsue Castle to get a bird’s eye view, as fearful that someone had seen me hop over the chain with the “Keep Out” sign as I would that one of the steps would collapse under my weight. 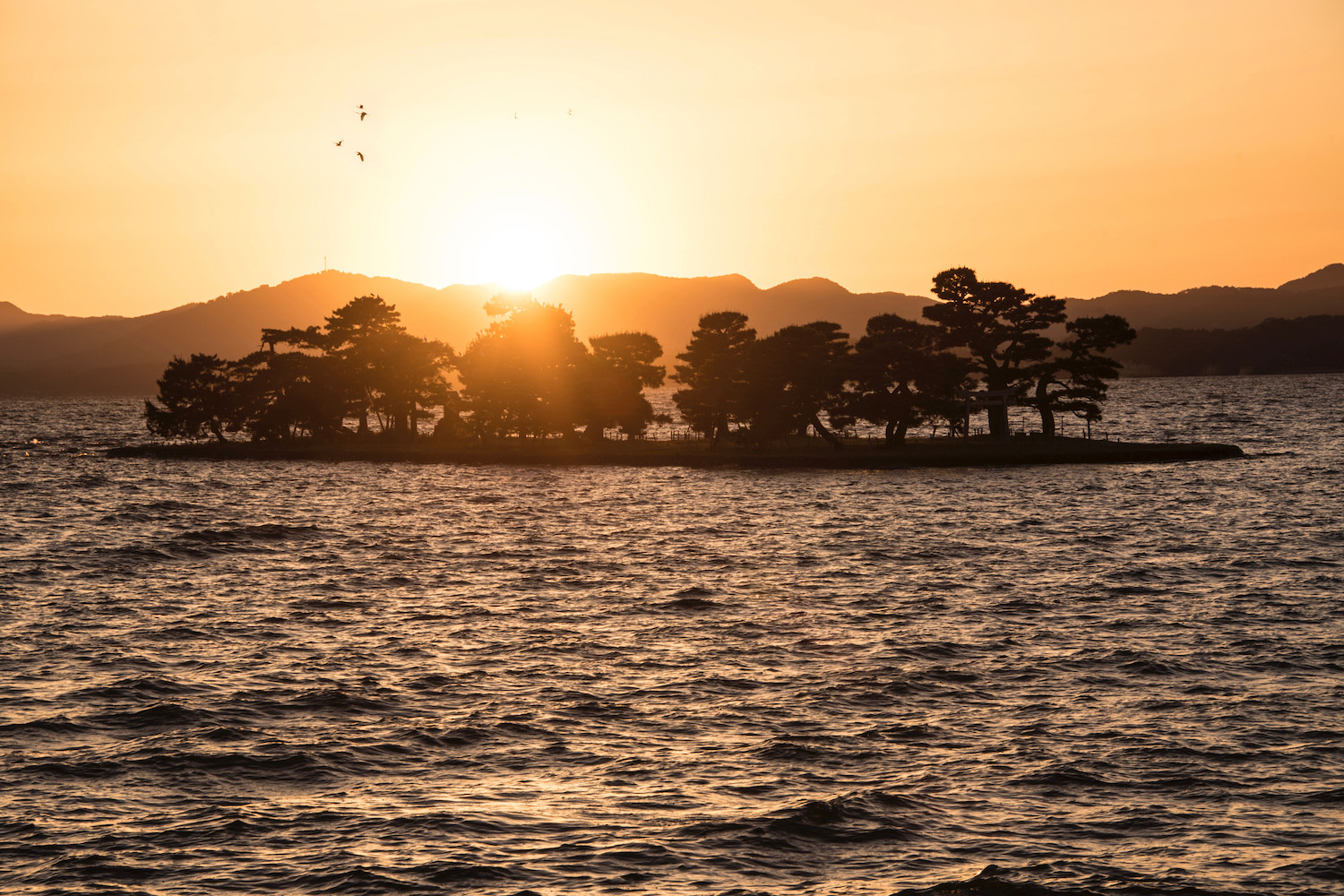 Neither of these eventualities came to pass, a merciful outcome on both counts. I’m almost certain I was trespassing—and I don’t remember the last time I had a tetanus shot.

Last night in Matsue, I didn’t just miss an opportunity to see the castle up-close and personal. I was unable to watch the city’s famous sunset into Lake Shinji—there was no sunset.

So after a fulfilling (but full) day in Izumo, I rode the San’in Line eastward once again, watching the latest episode of the Chernobyl miniseries as the painfully slow local train crawled along the tracks. My timing proved perfect: I arrived to the designated sunset spot—Japan has a designation for everything—less than five minutes before the ball of fire disappeared.

I briefly considered returning to Matsue Castle to see it lit-up without the soaking rainfall of 24 hours prior. But something about the shade of sunburst that glowed over the horizon lured me back to the west—toward the future, not the past.

Other FAQ About Visiting Matsue Castle

Where is the Matsue Castle?

Matsue Castle is located in Matsue, the largest city in the Shimane prefecture of Japan’s San’in region. Although you can get here in about an hour by plane from Tokyo (to Izumo Airport), doing so by train takes a long time; keep this in mind if you plan to go there.

Why was Matsue Castle built?

Unlike a lot of other castles, Matsue-jo was built out of battle-born necessity. This is the reason why it isn’t necessarily as beautiful or as well-crated as other castles, and why its outer walls are as thick and imposing at they are.

How do you get to Matsue, Japan?

If you start in Tokyo, you can fly from Haneda Airport to Izumo and get a bus to Matsue from there. Otherwise, if you’re coming via public transport, it’s probably best to start in Okayama; the Yakumo Limited Express travels directly between the two cities.