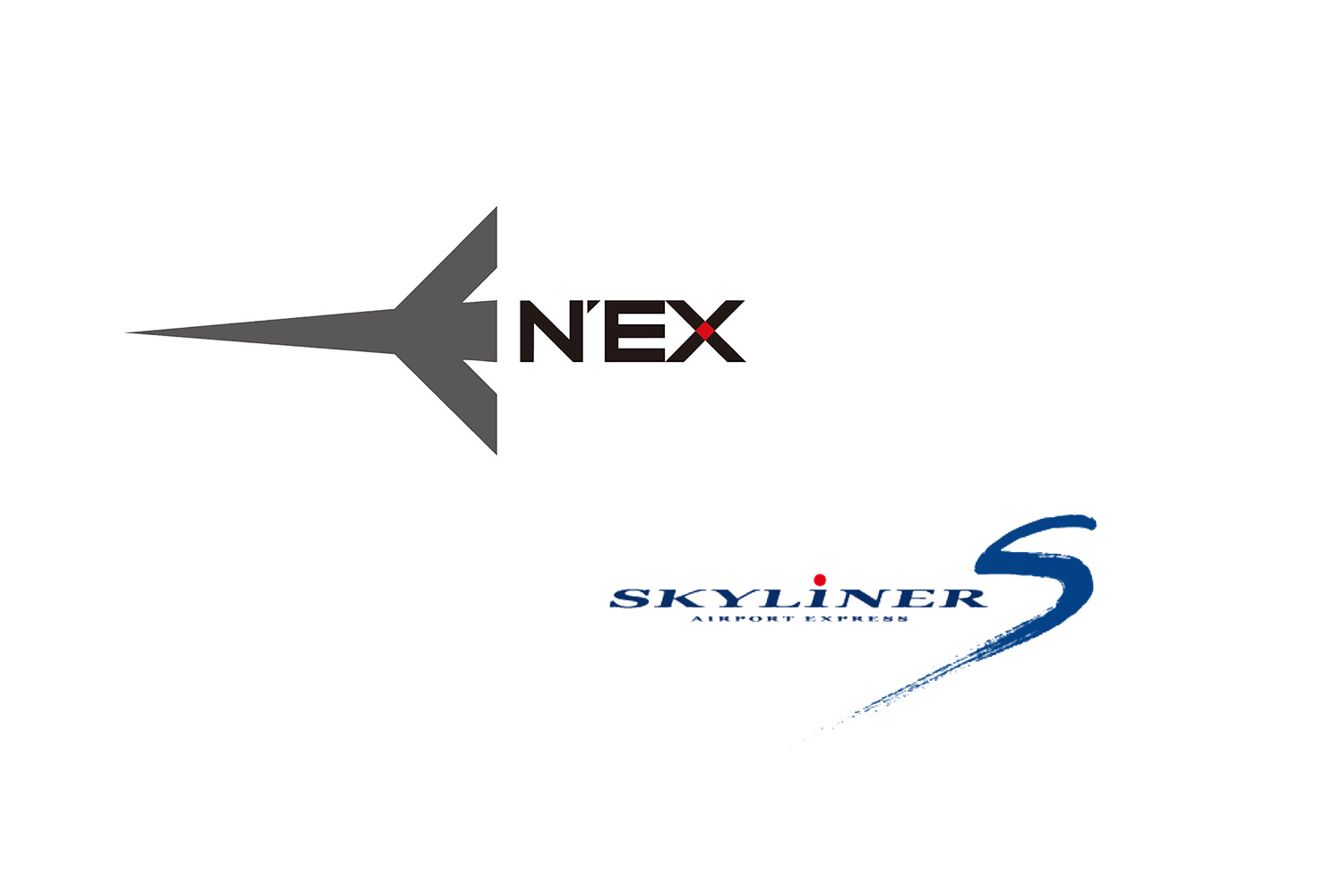 It’s best to get the Narita Express vs Skyliner debate over long before you land at one of Tokyo’s airports. Otherwise, you might end up taking the wrong train into Tokyo, negating the key benefit of taking both these trains.

Indeed, N’EX (to which it’s often shortened) and Keisei Skyliner can both lay claim to being the quickest way from Narita to Tokyo. Which one is quickest for you, however, will depend as much on your own travel circumstances as which high-speed train you board.

Below, I’ll help you decide whether to take the Narita Skyliner or Narita Express, and even go over some other ways from Narita Airport to Tokyo (and vice-versa). Your trip to Tokyo starts here!

Narita Express and Keisei Skyliner, in a Nutshell

One of the main distinctions between Narita Express vs Skyliner is marketing. The owners of both position them as the best way from Narita to Tokyo, with the latter taking a more bombastic approach. The Keisei Skyliner, according to promotional leaflets, is the fastest way to Tokyo, traveling to the city from Narita Airport in just 36 minutes. (There are some technicalities that call this figure into question; I’ll get into them in a second.)

The other thing to consider when deciding between Skyliner vs Narita Express is that Skyliner is operated by the private Keisei corporation, while Japan Railways (JR) operates the N’EX. Interestingly, the Skyliner runs on tracks that were originally built with the never-realized Narita Shinkansen in mind, which is ironic when you consider that JR operates Japan’s bullet trains. But I digress.

How to Decide Between Narita Express vs Skyliner

Are You Using a JR Pass?

When it comes to reasons to take Narita Express, JR Pass is near the top of the list. Your Japan Rail Pass permits you free use of this super-fast Narita to Tokyo train, as well as one seat reservation per pass. Assuming you redeem the “Exchange Order” for your JR Pass at the office in Narita Airport’s basement, you can make your reservation during the same process, and directly board the N’EX from there. Note that you can’t ride the Narita Express without a reservation—all seats are reserved.

Where in Tokyo Are You Staying?

If you need to travel from Narita Airport to Shinjuku, Shinagawa, Tokyo or a few other destinations in the capital region, the Narita Express is your best bet, as it offers direct, same-train service to the spots. Additionally, you can use your Narita Express ticket to ride JR trains to anywhere in the Tokyo area free of charge. The Keisei Skyliner, on the other hand, terminates at Keisei-Ueno station after passing Nippori. Broadly, the Skyliner is the best choice if you are bound for eastern Tokyo, including Asakusa.

What Time Does Your Flight Arrive?

A small but important distinction between Narita Express vs Skyliner is the operating hours of both. Specifically, Narita Express’ first train leaves the airport at approximate 7:45 a.m., while the last one leaves at 9:45 p.m. Although the Keisei Skyliner only begins operating a bit before the N’EX, at 7:26 a.m., the last train doesn’t leave until 11:20 p.m., making the Skyliner the best option if your flight arrives after about 9 p.m.

How Flexible Are You?

The good news is that both the Narita Express and Keisei Skyliner leave at least once an hour, and twice an hour most of the day. The bad news? If you’re on a very tight schedule and have just missed one N’EX, you might not be able to wait 30-60 minutes for the next one. As you can see comparing the Narita Express timetable and the Skyliner timetable, the trains leave at different intervals, which means that if you need to leave Narita at a specific time, one night be better than another.

Are You Flying Out of Narita, Too?

If you don’t have a JR Pass and aren’t planning to use one on your trip, one way to save (assuming you’re a foreigner) is to buy a Narita Express return ticket, which costs ¥4,070 as of January 2023. (A one-way ticket, by contrast, will run you ¥3,070). The Skyliner also offers discounted travel under certain circumstances, combining a one-way or round-trip Skyliner ticket with unlimited Tokyo Metro and Toei Subway travel.

Other Ways from Narita Airport to Tokyo

If you really want to save money (and don’t care about time), you can reach Narita Airport from Tokyo by riding the JR Chiba Line, a local train that actually boards on the same tracks as the N’EX in Tokyo Station. A quicker and more direct route would be to ride a so-called “Limousine Bus.” These frequent services travel directly from Narita Airport to dozens of destinations within the Tokyo area, including Akihabara, Roppoingi and Ginza, in addition to N’EX termini such as Tokyo and Shinagawa.

Regardless of what you choose between Narita Express vs Skyliner, you almost certainly won’t want to taxi a taxi from Narita Airport to Tokyo. In addition to the fact that this can take almost two hours, depending on traffic, the price is exorbitant, often close to ¥20,000 one-way. The great news is that you probably won’t have to take a taxi, since public transport runs between Tokyo and Narita during the airport’s operating hours, which run from 6 a.m.-midnight as of January 2023.

How to Travel from Haneda Airport to Tokyo

I’ve written a separate article about traveling from Tokyo to Haneda Airport (and vice-versa), but I’ll sum my findings up below. As is the case with Narita, there is a JR option and a non-JR option: The Tokyo Monorail, which runs to Hamamatsucho station (a connection point for the JR Yamanote Line); and the Keikyu Kuko Line, which becomes the Asakusa Line of the Toei Subway after it passes through Shinagawa Station.

If neither the Keikyu Airport Line nor the Tokyo Monorail suits your needs, another option would be to ride a Limousine Bus, as you can do from Narita to Tokyo. Yet another option would be to take a taxi or use a ride sharing service such as Uber. Since Haneda Airport is a lot closer to central Tokyo than Narita (63 km vs 20 km), this a much quicker option, even though the cost is still likely to be high (around ¥6,000 minimum).

Other FAQ About the Narita Express and Keisei Skyliner

How much does Narita Express cost?

As of 2022, a one-way ticket on the Narita Express costs ¥3,070, although discounts may be available if you purchase a round-trip at the time of boarding. Japan Rail Pass users can use the Narita Express free of charge, although they should visit a ticket office before departure to make a mandatory (but also free) reservation.

Is Skyliner covered by JR Pass?

The Skyliner, which is operated by the private Keisei corporate, is not covered by the JR Pass. As a result, you don’t need to activate your JR Pass prior from riding the Skyliner from Narita Airport into the city, unless you plan to catch a Shinkansen from Ueno the same day.

Is Narita Express a bullet train?

Although the Narita Express travels at the relatively high-speed of 130 km/hr, it is not a Shinkansen—these can move at up to 300 km/hr. Likewise, the Narita Express carriages are different in appearance from the rolling stock of Japanese bullet trains.

The Keisei Skyliner vs Narita Express question is a relatively simple one to answer, once you know all the facts. As a general rule, travelers bound for western and central parts of Tokyo (like Shibuya and Shinjuku) will want to take the N’EX, while the Keisei Skyliner is a faster option for travelers staying in Ueno, Asakusa or Nippori. On the other other, other factors can affect your decision, such as whether you have a JR Pass, or even the time your flight lands (or, if you’re traveling from Tokyo to Narita, the time it departs). Still have more burning questions about your upcoming trip to Japan? Commission a custom Japan itinerary today!