Is Japan racist? If you’d asked me this question prior to 2020, I’d have been reluctant but resolute. Japanese society has racist elements, I’d have begun, then quickly pivoted. But most Japanese people are not racist—and the government is leading them in the right direction these days.

Unfortunately, when the coronavirus pandemic hit, it blew a big hole in this assessment. The last part in particular: If any Japanese people are racist, the country’s highest-ranking government officials are undoubtedly the most racist among them.

This is ironic, of course, given that Japan—the Japanese government more than Japanese people—was laser-focused on uniting the world in 2021 at the delayed Tokyo Olympic games, which infamously took place behind closed borders. But let’s not get ahead of ourselves.

Need help planning your trip to Japan? Commission a custom Japan itinerary!
Contents
1  My Experience as a Gaijin in Japan
2  Where Japan is Going Wrong on Race
2.1  The 30-month entry ban
2.2  (And re-entry ban)
2.3  Government officials behaving badly
2.4  Olympic-size Hypocrisy
2.5  Long-term immunity…to contrition
3  Japan for Gaijin Post-Pandemic
4  Other FAQs About Racism in Japan
4.1  Is Japan friendly to foreigners?
4.2  Is it difficult to immigrate to Japan?
4.3  Is it hard to live in Japan as a foreigner?
5  The Bottom Line

My Experience as a Gaijin in Japan

The first time I visited Japan, I was so bright-eyed and bushy tailed—I arrived in Tokyo the day the sakura reached full bloom—that racism and xenophobia were the farthest thing from my mind. Each subsequent sojourn, to be sure, proved at least as illuminating as the last. Whether I was walking the Nakasendo Way in autumn or enjoying summer in the pristine waters of Okinawa, questions like “is Japan a racist country?” simply didn’t cross my mind.

Which is not to suggest that I frequently felt discriminated against as a gaijin, but was simply too distracted by the magic of Japan to care: I genuinely felt nothing but omotenashi from every Japanese person I encountered, even if most of them worked in the hospitality industry. Looking back, after having resided in Kyoto for most of 2021, I realize that this—meeting relatively few Japanese outside of hotels, restaurants or transportation hubs—might be key to the dissonance between my past and present perceptions.

Where Japan is Going Wrong on Race

Like most countries, Japan closed its borders in early 2020 to limit the spread of covid-19 into its territory. Unfortunately, while many other nations reopened their borders as the world learned more about the virus and how to mitigate its impact without massively disrupting life, Japan remained hermetically sealed. In October 2022, Japan finally reopened to tourism, although the damage had already been done.

It wasn’t just tourists, either. Although Japan finally decided to let foreign permanent residents re-enter in late summer 2020 after months of shaming in the media and by foreign governments, many barriers stood in the way of gaijin who were otherwise eligible to come until very recently. Indeed, long-stay foreigners who wished to enter Japan for the first time for work or study remained banned from entering Japan until March 2022. Is Japan racist? It’s hard to answer with a definitive “no” these days.

I’m not sure if it’s co-morbid to the coronavirus, but I’ve come to realize that members of the Japanese government have serious foot-in-mouth syndrome. In May 2020, Japan’s finance minister chalked up the country’s success (which proved short-lived) to “cultural superiority.” As that summer dragged on, many foreigners began to suspect the Japanese Foreign Minister was something of a racist; a heated exchange with a foreign reporter in late August painted him in misogynistic hues as well.

Japan’s aforementioned entry ban took effect later than those of other countries—but not out of respect for foreigners. Rather, the government remained long in denial that the 2020 games would need to be postponed; they closed the border to foreigners just days after this became clear. Given that Japan remained closed throughout 2021 and a “Japanese-only” Olympics took place behind closed borders, it sure does seem like Japan is racist.

From ignorant comments by racist ministers, to a never-ending (and ineffective) border closure, to perpetual vagueness about the future, there’s plenty of grief to go around in covid-era Japan. But the most disappointing and hurtful aspect of it, at least to me, is how unapologetic the Japanese government has been. Their lack of contrition suggests their actions are intentional, which in turn makes me question the intentions of the people who put them in office.

In spite of a near total entry ban in place with seemingly indefinite effect, Japan seems firmly committed to its ambitious inbound tourism goals,  as well as continuing to attract foreign talent from abroad. What’s less clear is whether it’s considered how the #JapanTravelBan has affected perception of the country—are enough non-Japanese are aware of the disgraceful treatment we’ve received to change their opinion of Japan in the medium- to long-term?

Personally, while I still wouldn’t answer the question “is Japan a racist country?” with one word, my previous reverence for Japan and the Japanese has diminished significantly. At times, I’ve regretted my investment in the proverbial Japan brand and felt resentment toward certain…dignitaries. With this being said, and while I’ve heard similar stories from countless other shut-out foreigners, most all of us went back to Japan as soon as we could! 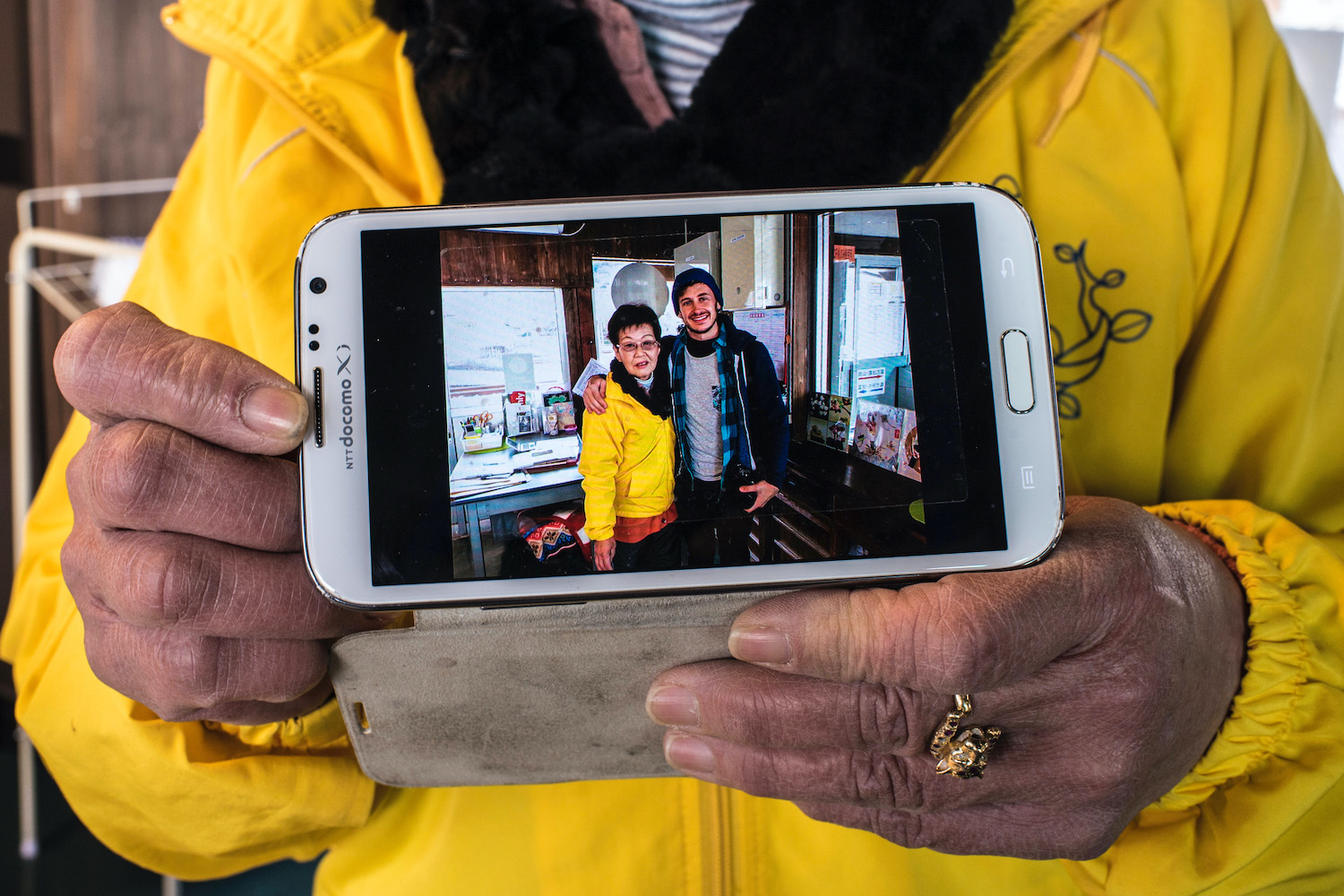 Other FAQs About Racism in Japan

Is Japan friendly to foreigners?

Superficially, Japanese people are very friendly to foreigners, especially in the context of hospitality or omotenashi. On the other hand, many policies of the Japanese government are unfair or even hostile toward foreigners. During covid-19, for example, Japan was the only country to lock out foreign permanent residents, and to subject them to dramatically different standards than Japanese citizens when they finally were let back in. As of August 2022, virtually all nonresident gaijin remain banned.

Is it difficult to immigrate to Japan?

Prior to the second premiership of Shinzo Abe, Japan was one of the impenetrable countries in the world for foreigners seeking employment, apart from English teachers. These days it’s not as difficult to immigration to Japan, or at least it wasn’t before covid-19. To be sure, many foreigners who sought to start careers (and, subsequently, families) in Japan are reconsidering due to unfair treatment during the pandemic; many prospective international students and expats are thinking twice.

Is it hard to live in Japan as a foreigner?

I lived in Japan—Kyoto, specifically—for most of 2021. While my first few weeks in Kyoto were wonderful, I noticed many little ways (and some not-so-little ones, such as being accosted for speaking English on the subway with a friend) that I was unequal. On the other hand, if you can ignore the discrimination (and are earning a good salary), Japan offers one of the highest qualities of life in the world.

Is Japan racist? The answer is as complicated as the question is simple. While currents of racism definitely run through Japanese society (and, more than this, Japanese politics), Japanese people are overwhelmingly friendly and hospitable to gaijin. It would be wrong to infer that the majority or even a plurality of the Japanese are racist, even if egregious examples of xenophobia and anti-foreigner bias are easy to cite, particular in the aftermath of Covid-19. The real question, I think, is not whether Japan has been or is racist: It’s how the Japan of tomorrow can definitively—and authentically—change the conversation.